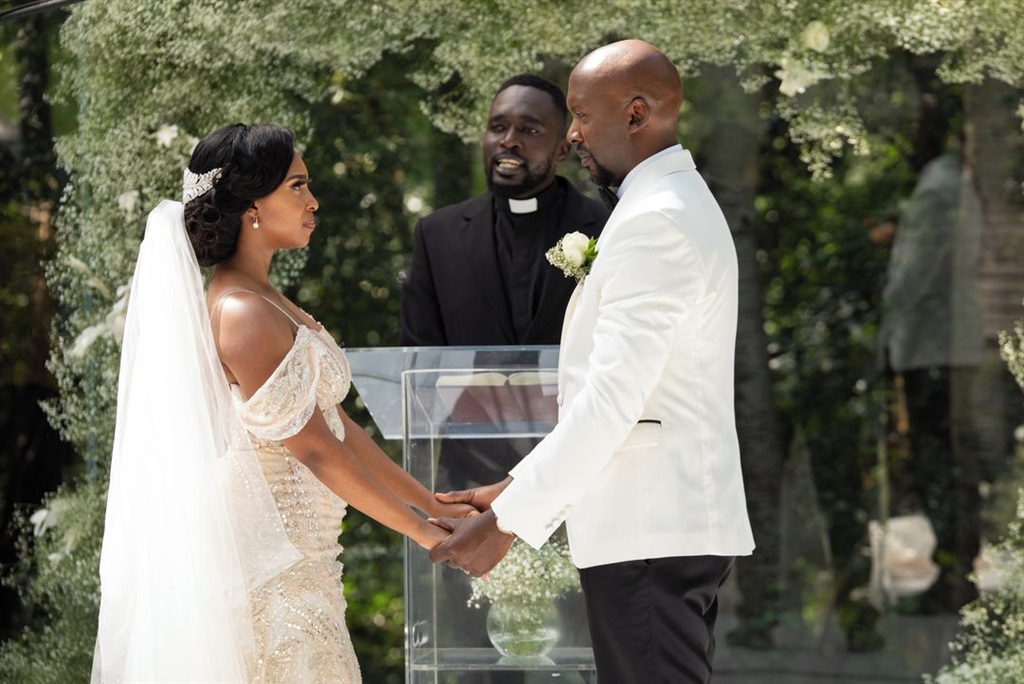 Wedding season is upon us, and we will soon start seeing a surge in people celebrating their nuptials.

Due to the warmer weather and brighter days, we often see South Africans tie the knot during the spring and summer months. And with all the beautiful sunshine, guests are also likely to be in a more festive mood because who doesn’t love a wedding?

Over the past few years, we’ve seen production houses take their on-screen weddings to the next level, so much so we've started to wish we were there to witness these fictional characters tie the knot.

Television shows, like The River, are leading the pack with their on-screen portrayals of weddings.

This year we’ve seen The Queen’s Harriet (played by Connie Ferguson) and Hector (played by  Rapulana Seiphemo) had their breathtaking wedding, with even better décor. Gomora's Thathi (played by Katlego Danke) and Phumlani (played by Buyile Mdladla) also tied the knot, albeit with some drama, at a beautiful venue in Muldersdrift, Gauteng.

Here are some of our favourite TV weddings from this year so far:

1. The Queen - Harriet and Hector The Queen's Harriet and Hector.
@_rtcstudios/@connie_ferguson/Instagram Diep City's Lerato being walked down the aisle by her uncle played by Mduduzi Mabaso.
@mzansimagic/Instagram We live in a world where facts and fiction get blurred
In times of uncertainty you need journalism you can trust. For 14 free days, you can have access to a world of in-depth analyses, investigative journalism, top opinions and a range of features. Journalism strengthens democracy. Invest in the future today. Thereafter you will be billed R75 per month. You can cancel anytime and if you cancel within 14 days you won't be billed.
Subscribe to News24
Next on TrueLove
Road to DStv Delicious: Your guide to getting the most out of the festival