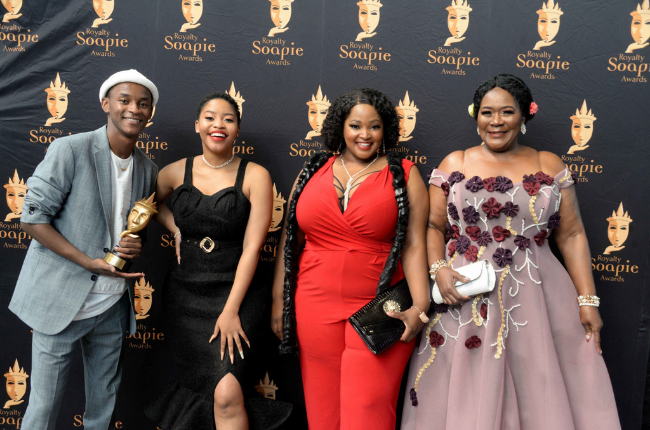 Fans of the hugely successful Mzansi Magic telenovela, Gomora, will be pleased to know that the show has been renewed for a second season set to start on April 26.

Lulu Hela, series producer on Gomora, shared the exciting news on her Twitter platform and thanked fans of the show for showing it so much love.

“Our passion project, Gomora, has been renewed for Season 2,” she wrote.

“Grateful to our exceptionally talented and hardworking cast and crew for creating magic everyday! Grateful to our fans and supporters, thank you for loving our show as much as we do.”

The new season is said to bring tragedy that will shock viewers and completely change the dynamic of the two main families. It promises to be a story of betrayal, love and crime.

In a statement, MNet’s director of local entertainment channels, Nomsa Philiso, said that viewers are in for “a treat”.

READ MORE | Our favourite looks from the Royalty Soapie Awards

“Viewers are in for a treat as the storyline [is] set to raise emotions even higher as their favourites will find themselves squaring up against each other in this extraordinary tale of two families in the heart of Alexandra,” she said in a statement.

“Viewers are also in for a big surprise as one of the main characters in the telenovela will die to plunge the two families into chaos, heartbreak and pandemonium.”

We live in a world where facts and fiction get blurred
In times of uncertainty you need journalism you can trust. For only R75 per month, you have access to a world of in-depth analyses, investigative journalism, top opinions and a range of features. Journalism strengthens democracy. Invest in the future today.
Subscribe to News24
Next on TrueLove
Bonang takes legal action against podcaster over drug allegation