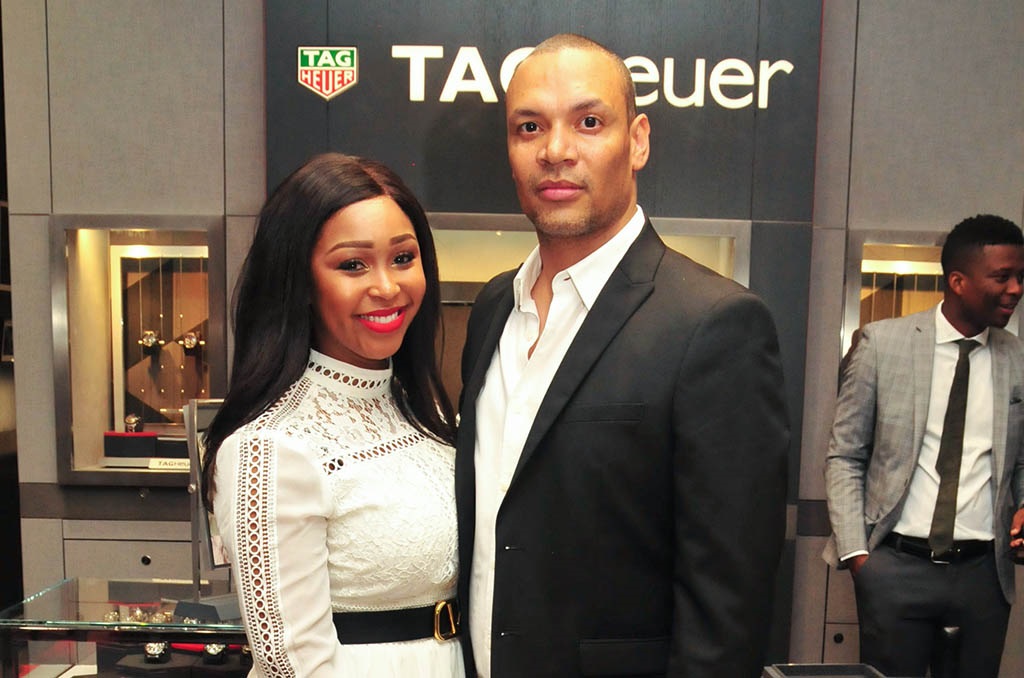 While many are still swooning over the romantic gestures that came with Valentine's Day, media personality Minnie Dlamini has announced that she and her husband, Quinton Jones, are headed for a divorce.

In a statement shared on her Instagram page on Tuesday afternoon, the Home Ground presenter revealed that they have officially filed for divorce.

"In the last 2 years our family has experienced incredible joy and devastating loss. During this time, we found comfort in knowing we had each other," the statement reads.

"Despite our better efforts to absorb the changes in motion, the emotional burden and the post-traumatic distress of our individual loss outweighed our will," it continues before the pair explain that they had gone for counselling had consulted with their families before agreeing on a divorce.

They conclude the statement by saying their divorce is amicable and that they plan to co-parent.

"Despite the end of our marriage and romantic relationship, we remain friends, business partners and loving parents to our beautiful son. This was a difficult decision to come to and even more heart-breaking to have to announce," it reads.

The couple who tied the knot in a fairytale wedding, which was broadcast in a 3-part-series in 2017, would have been married for five years this year. They have a son together, which Minnie gave birth to in 2020.

Minnie, who was popularly known as Mrs Jones following their wedding, has now removed the Jones surname from all her social media pages and has reverted to her surname of Dlamini.

The Jones' are not the first couple to reveal their split this year. In the first week of February, Thabiso Sikwane and DJ Fresh revealed that they were also ending their 20-year-long marriage. 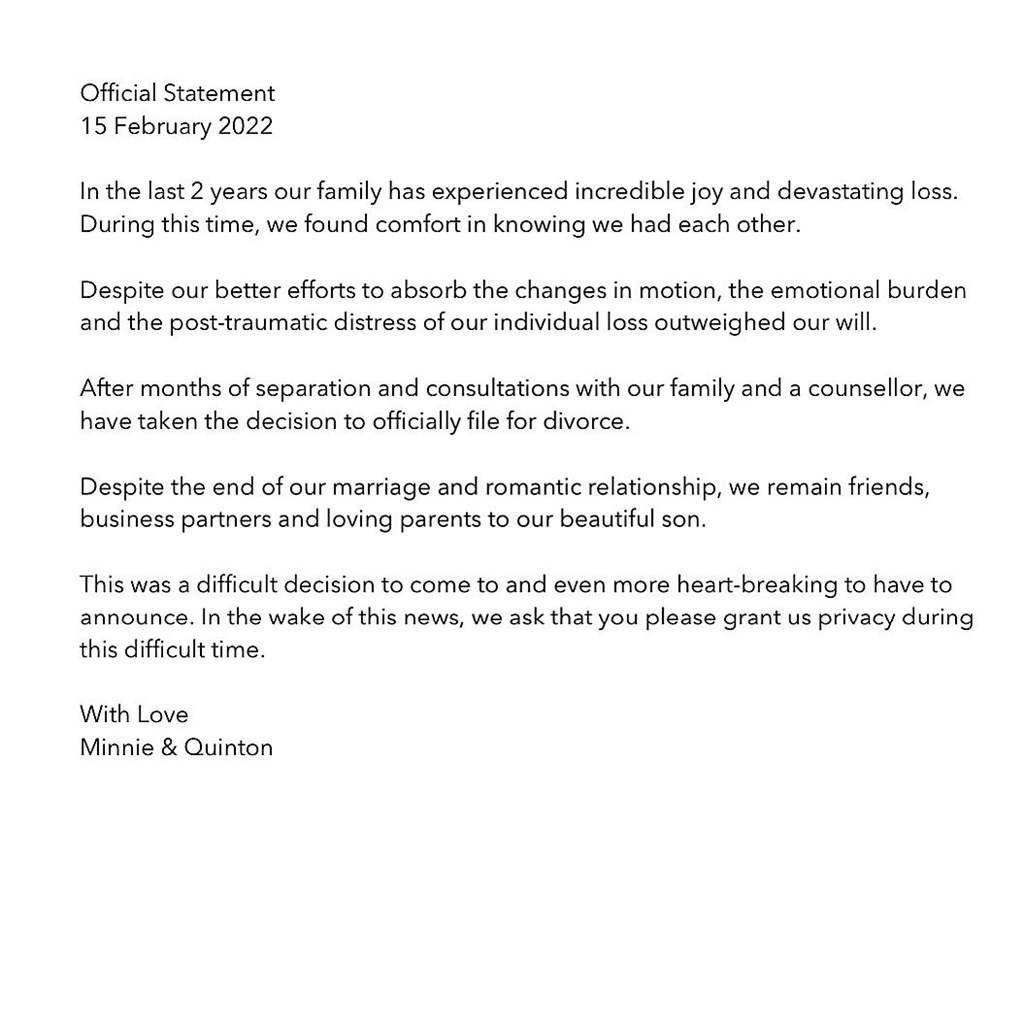 @minniedlamini Instagram
We live in a world where facts and fiction get blurred
In times of uncertainty you need journalism you can trust. For 14 free days, you can have access to a world of in-depth analyses, investigative journalism, top opinions and a range of features. Journalism strengthens democracy. Invest in the future today. Thereafter you will be billed R75 per month. You can cancel anytime and if you cancel within 14 days you won't be billed.
Subscribe to News24
Related Links
Minnie Dlamini-Jones makes producing debut in new film
"Our king has arrived" - Minnie Dlamini-Jones shares the first image of her baby boy
Gallery | Inside Minnie Dlamini Jones’ floral-themed baby shower
Next on TrueLove
GALLERY | Inside Miss SA runner-up Thato Mosehle’s traditional wedding