Actor and TV presenter, Oros Mampofu, has made his dream of owning a fast-food outlet a reality. The former Skeem Saam actor, together with his wife Bianca, recently opened Hot Spot Grills in Bryanston, north of Joburg.

The star says he has always loved food and when an opportunity came for him to realise his dream of becoming a fast-food outlet owner, he grabbed it with both hands.

“I’ve always loved food. After working with Steers and learning a lot about the food industry, my love for food developed further,” says the father of one. 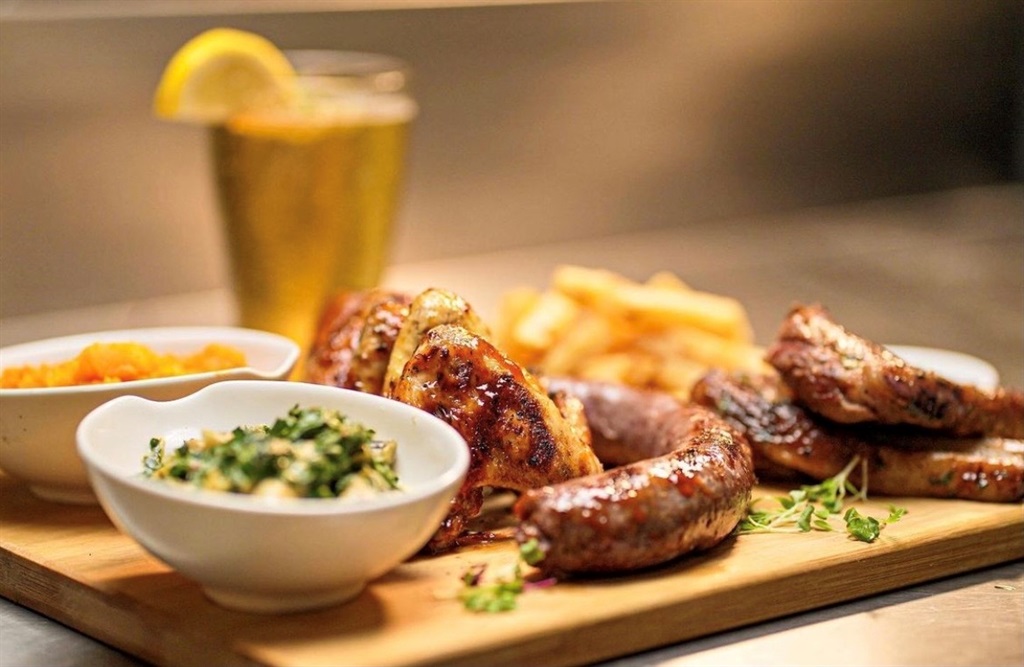 He tells TRUELOVE that he loves the creation, marketing and execution processes in the food industry.

“I realised that there aren’t many shisanyama outlets that are willing to operate this way in Bryanston. I saw a gap in the market. I realised that people come to the suburbs from townships to study and get jobs, and they are not catered for. I learnt that as much as you can take people out of a township, you can’t take the township out of them. That’s part of the reason why I opened this store,” he explains.

“We want people to stay true to their identity and connect with the things they grew up with. People want the highest standard and we are ready to give them exactly that.”

Oros says the current economic climate has not made things easy for his business, but his determination to uplift other people has encouraged him to push through.

“South Africans are struggling and young people are without jobs.  We need young people who are willing to be the change they want to see in order to make a difference in other people’s lives. I’m proud to say that I have employed three people. I’ll employ more as we expand our business in the future,” says the 29-year-old businessman. Bianca adds that the fast-food outlet was initially going to be named after her, but after much deliberation, they decided to call it Hot Spot Grills.

“We did a lot of research into what people were interested in, so that we could cater to their needs. People love food and beverages, so we encourage patrons to bring their own beverages so that they can enjoy the full experience,” she says.

We live in a world where facts and fiction get blurred
In times of uncertainty you need journalism you can trust. For 14 free days, you can have access to a world of in-depth analyses, investigative journalism, top opinions and a range of features. Journalism strengthens democracy. Invest in the future today. Thereafter you will be billed R75 per month. You can cancel anytime and if you cancel within 14 days you won't be billed.
Subscribe to News24
Related Links
Oros Mampofu on co-hosting MTV Africa's new show, 'Ghosted: Love Gone Missing'
5 minutes with entrepreneur Neo Nontso
Pearl Thusi on acquiring a stake in Black Rose Gin: "It's a smart business move"
Next on TrueLove
Evictee Sandra on BBTitans relationships – ‘We’re going to be friends after this whole thing is over’