Actor Chrispen Nyathi plays the prayerful Charleston Ncube on Mzansi Magic's popular drama, DiepCity. His character is always ready to pray and will break into worship songs at any random moment which is what Nyathi enjoys about playing him.

The actor, who hails from Bulawayo in Zimbabwe, recently won the Viewer’s Choice Award for best actor at the 2021 Royalty Soapie Awards and he says that winning this award has made his faith in his craft even stronger. 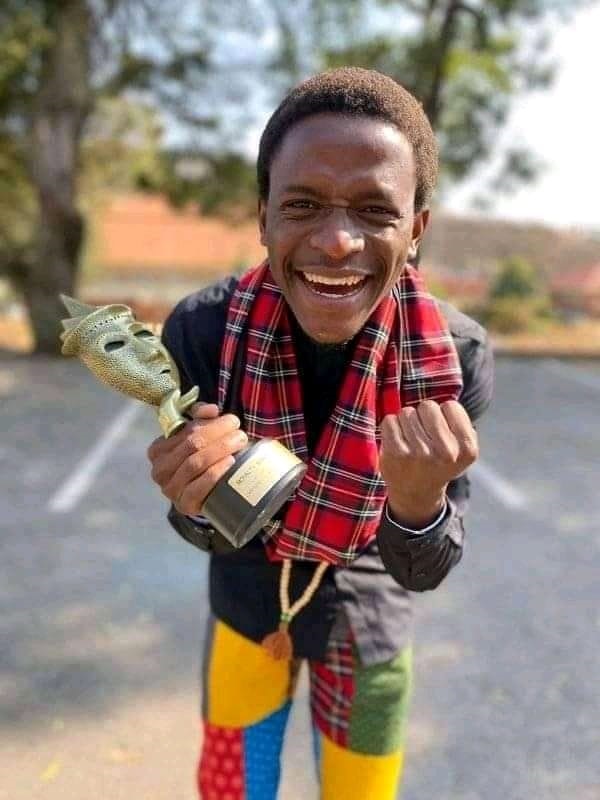 “To me, this award is a stamp of confidence in myself because that’s something I’ve struggled with, especially when it comes to working with the big names I’m working with. I’ve always wondered if I’m doing enough,” he tells TRUELOVE.

“This award has given me the validation that I’m doing well, even though I can do better. It shows that I’m still on the right track. It also gives a sense of hope for young kids who are hoping to break into the industry, whether it’s South African kids or Zimbabwean kids."

He tells us about playing Charleston, his hopes for the future as well as his interest in the music industry.

Viewers know him as Asanda’s (played by Zikhona Bali) loving partner and a good young preacher who is on a mission to save the many broken souls that reside in the Diepsloot skwatta camp. However, Chrispen says that Charleston is not as perfect as he may seem.

“Charleston is a young pastor from Zimbabwe who has a vision of one day owning a big church with a lot of congregants. He just wants to see himself being a man who runs a big church while working for God and serving Him. He is genuine, but the pressure of life does get to him and because he succumbs to pressure easily and because people don’t really listen to him, he finds alternative ways which aren’t always ideal, to get into people’s hearts,” he says.

Although Chrispen says that him and Charleston are similar in their love for God, singing and the church – he admits that Charleston isn’t as genuine as he is.

“What makes me different from Charleston is that I’m a genuine believer and he’s a bit of a crook,” he laughs.

“He’s a different character and not an on-screen character that people are used to and that’s what I enjoy about him." Falling in love with acting

Chrispen’s love for acting began with a small role back in primary school during a play.

“My love for acting began back in 2004 when I was in grade 5. Each grade 5 class had to present a play for a couple of minutes on stage at the Hillside Primary School in Bulawayo. I only had a small role with 10 seconds on stage but from there I knew it was something I wanted to do for life,” he shares.

“I didn’t know it was going to be something that I was going to make a living out of. I knew it was something I wanted to do because of the way the other kids moved and how they spoke and lifted their hands during that play. I was really fascinated by that."

Finally getting his big break

Although acting was his childhood dream, the actor was not prepared for how tough the journey to finally becoming a recognised actor would be.

“My journey has been a tough one because I’ve been in the game for six years, but I only got my breakthrough in my sixth year with this role on DiepCity. Doors only started to open up for me in 2021 but before then it was a struggle,” he explains.

“When I got my first feature through a movie I shot in 2019, I thought that would be my breakthrough but you never really know until you know. It’s a very tough industry and one needs a lot of patience and a lot of endurance to hold on and keep going because many times you’ll try to walk away and quit, but because it’s a calling, you’ll find yourself coming back to the craft." Luckily for Chrispen, all the years of endurance and being patient finally paid off when the producer of DiepCity, Mandla N, discovered his talent in an Instagram live video.

“Mandla N has this initiative that is aimed at opening up the industry for young and upcoming actors where he auditions people on his Instagram live videos weekly. I decided to join that and proceeded to audition for him. He liked my look and what I had to offer at the time, so he picked me and I went in for constant auditions and call backs and all that until I got the role of Charleston eventually,” he reveals.

Interest in the music industry

Pastor Charleston is also known for his melodious voice – a talent that Chrispen hopes to nurture and later use to pursue a career in music.

In the meantime however, the self-taught actor is planning to go to the market theatre to study there and enhance his acting skills.

“In the next 5 to six years, I’d love to see myself playing on main stages. When Hollywood comes to Africa and needs some of its best actors, I need to be one of those,” he says.

“For the remainder of 2021, you’ll get more of Charleston and you should expect a bit of a twist from him. People were kind of expecting this twist but not really expecting it – it’s more of a reminder of the first Charleston they saw,” he teases.

We live in a world where facts and fiction get blurred
In times of uncertainty you need journalism you can trust. For only R75 per month, you have access to a world of in-depth analyses, investigative journalism, top opinions and a range of features. Journalism strengthens democracy. Invest in the future today.
Subscribe to News24
Related Links
Gallery | An exclusive look inside the set of Mzansi Magic’s DiepCity
WATCH | A first-look at the new telenovela replacing Isibaya
DiepCity’s Lebohang Mpyana on playing Khelina
Next on TrueLove
Blood and Water's Khosi Ngema on playing Fikile and what to expect on season 2