Israel Matseke Zulu set to return to our TV screens 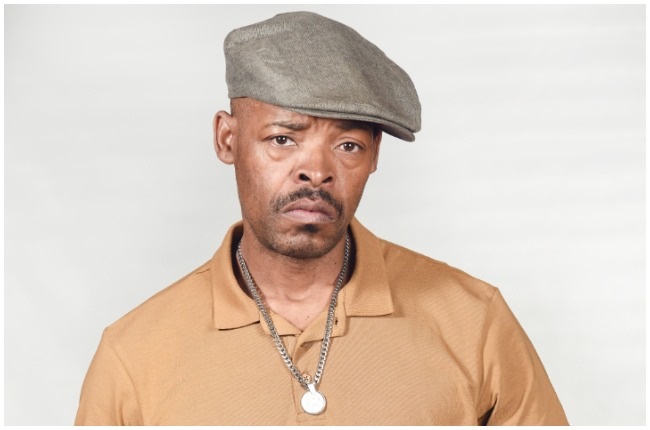 Israel Matseke Zulu will be joining season 2 of Gomora.
Supplied to TRUELOVE

Most of us know him for his role as the notorious GP in the SABC 1 drama series Gaz’lam, which aired from 2002-2005. Several roles later, Israel Matseke Zulu (formerly Makoe), is set to return to our TV screens as Don on Mzansi Magic’s Gomora.

Speaking to TRUELOVE, the legendary actor said that he had been part of the show since its inception in 2020.

“When this project began and was in the brainstorming phases, I was involved. I was behind the scenes as a location scout. I am the one who found the school where they are acting and some other scenes because I’m based in Alexandra. I was born and bred in Alex and I still live there so they (the producers), thought of me when they thought of the concept,” he said.

Zulu also said that the role did not come as a surprise to him.

“My fans had been asking how the production could be set in Gomora and not have me as a part of it. But I’ve known the producers since back in the day and I’ve worked with them on a number of productions so I knew that the role would come, just not as soon as people expected,” he continued.

Zulu will be starring as Don, who will be introduced as Teddy’s (played by Sicelo Buthelezi) biological father on the show.

“Don is Teddy’s father. He conceived him with Zodwa and then left them to go live with a wealthy woman. After the wealthy woman passes away, her family claims back the houses and the cars since they were all in her name. Now, Don has to return to Alexandra with his daughter that he had with the wealthy woman,” he explains. “Don struggles to come back to the game and to make ends meet. At the same time, he tries to reconnect with his son (Teddy) whom he had abandoned for all these years. He ends up working at the Shisanyama which is managed by Zodwa’s new boyfriend, Bongani. And as time goes, he ventures into crime, taking over Mam’ Sonto’s hijacking syndicate,” he says.

Although Zulu says that he enjoys playing Don because he’s a bit different from all the other characters he’s played before, he did encounter the challenge of having to play a father that had abandoned his kid since he’s never played such a role before.

“It was challenging to step into the shoes of a father who had abandoned his child and is trying to regain his child’s love and trust. But as an actor, there is no special role. A role is a role and you always have to prepare for it.”

A few years ago, reports alleged that the actor - who is also a musician and a writer - would be publishing his own dictionary which would teach people township slang, also known as ‘Tsotsitaal’. He tells TRUELOVE that he recently lost the content of the book.

“Eish, sadly I did write the dictionary and it was complete but I lost my laptop last month," he tells us.

"It’s one of those things that prove that life is never easy, there’s always something that will break your spirit. The book had quotes and idioms like a normal dictionary was essentially complete."

However, he’s optimistic about the future and says that he will rewrite the book and publish it in due course. Once the dictionary is out, he’ll then pen another book about his life.

More productions to look forward to

On what else his fans can look forward to from him for the rest of the year, Zulu reveals that he is working on two other productions and a musical project.

“There’s another series called Isiphindiselo that I will be part of. The other production is still in the pipelines and I don’t have the right to speak about it yet. This year, I’ll also be working on music but there’s no solid project yet. I’m still recording and will release music as a musician soon. I also might release my own film which I have been working on for three years now,” he concludes.

Catch Israel Matseke Zulu as Don on season 2 of Gomora which airs every weekday at 19:30 on Mzansi Magic.

We live in a world where facts and fiction get blurred
In times of uncertainty you need journalism you can trust. For only R75 per month, you have access to a world of in-depth analyses, investigative journalism, top opinions and a range of features. Journalism strengthens democracy. Invest in the future today.
Subscribe to News24
Related Links
Thuso Mbedu on her new film with Viola Davis: “We’re shooting in South Africa”
Gomora renewed for Season 2 | “viewers are in for a big surprise”
4 things we learnt about Gomora’s Siphesihle Ndaba
Next on TrueLove
GALLERY | Inside #RHOD star Annie Ludick and Kgolo Mthembu's breathtaking wedding