At just 13 years old, Zulaikha Patel became a force to be reckoned when she and her other black schoolmates stood up against their school’s anti-Black policies that prevented African girls from wearing their indigenous hair as afros. The march, which was led by Patel, did not only lead to a change in Pretoria Girls High’s hair policy, but also led to an inquiry into allegations of racism at the school.

Now, almost 6 years later, the 19-year-old activist has written a children’s book titled My Coily Crowny Hair to make sure that no black child ever feels inferior about their hair but rather embraces and falls in love with it. 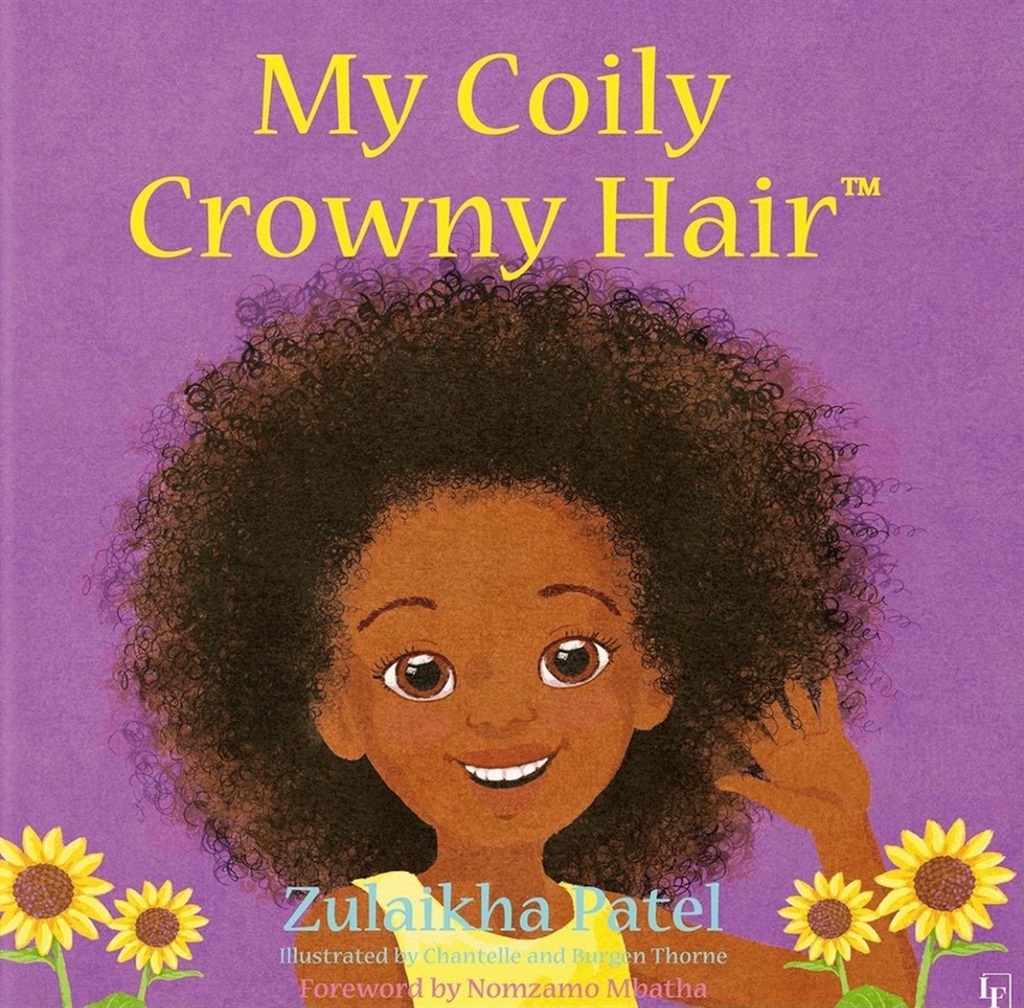 She speaks to TRUELOVE about the book and the journey of creating it.

Please tell us a bit more about your book?

The book is called My Coily Crowny Hair and is drawn through the eyes of 7-year-old Lisakhanya who is the main character. She is on a self-love journey where she explores her identity while wearing different African hairstyles which originate from different African cultures. She does all of this through her mother and grandmother, who both teach her more about her hair. She also has the influence of an African queen whom she gets to know of after a trip to the museum. She becomes inspired to love her hair more. In short, the book is about identity, hair, culture as well as taking self-pride and understanding your self-worth.

What inspired the idea behind the book?

My love for literature from when I was a child. I was exposed to literature very early and at the age of four I had started reading. By the time I was in primary school I was already a fluent reader and one thing I realised is the gap in representation in children’s literature.

During my childhood there wasn’t representation in children’s literature for us African children. The books that were available were Snow White and Cinderella and the majority of the characters had blonde hair and blue eyes which I couldn’t relate to. So because of that, I knew that one day I would write a book and dedicate my first book to children.

What message would you like the book to spread?

I would love for it to affirm the existence of young, African girl-children. They need to know that they can do anything and everything they want to do while standing firmly in their natural hair. I want black girls across the world to know that their existence is purely magical and I want them to have their worth affirmed as well as their identity.

How was the writing process for you?

It took two years to finish the book because I started writing it in May 2019 when I was in grade 11. The writing process was a bit challenging because it was the first time that I’d be speaking to really young children. I had to break down all these ideologies of pan-Africanism, the natural hair movement, African pride and feminism to children and make sure that a child would understand it and that is where the challenge was.

Through the journey I learnt ways of making a child understand those things. Simple things like representation also go a long way. If a child opens a book to see a character with a phondo, a doek, bantu knots and its (the hairstyles) names not being diluted to English, they’ll be familiar with such terms that are African and feel more comfortable. To see a black teacher in the story would affirm the child’s existence.

I also deliberately worked with a black female publisher and that had challenges of its own, given the systemic racism and sexism that still exists but nonetheless, we were able to push on and make sure that we reach a victory. Seeing that the book’s themes include feminism, women empowerment and issues that black women face on a daily basis, would you say that adults would also enjoy the book?

Yes, definitely! One of the things I intended with this book was to create meaningful conversations between parents and children, older siblings and younger siblings and so on about hair and self-care.  For far too long we’ve shied away from the conversations about black hair like how care for our hair properly in a manner which doesn’t bring pain. So, I believe that adults will also enjoy the book and learn from it.

Can we expect more books from you?

Yes, I’ve begun the process of writing two manuscripts of which one will be another children’s book that has the same mandate of bringing representation onto the table. I also am planning to write my memoir which might come at a later stage, once I’ve exited my teen years. The memoir will document my journey given that my entrance to my teenage years was also my entrance to activism as well as the social justice world.

The book is currently available for pre-order and will be available in all CNA stores from the second week of May.

We live in a world where facts and fiction get blurred
In times of uncertainty you need journalism you can trust. For only R75 per month, you have access to a world of in-depth analyses, investigative journalism, top opinions and a range of features. Journalism strengthens democracy. Invest in the future today.
Subscribe to News24
Next on TrueLove
Gugu Gumede on her pregnancy journey: “We were so lucky to conceive at our first try”