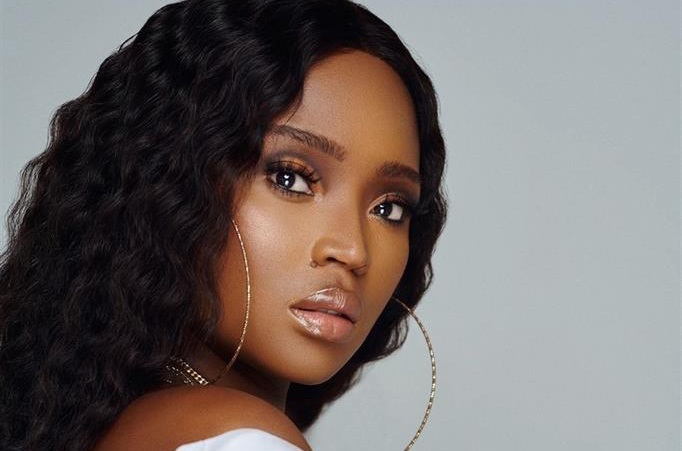 She was introduced to the popular drama series as the opposite of her on-screen sister Naledi (played by Gaisang Noge) - an obedient Tswana princess who is willing to preserve her family’s legacy.

However, we soon see Tshedi’s (played by Motsoaledi Setumo) rebellious side when she helps Qhawe (played by Kwenzokuhle Ngcobo) escape from her father’s chambers.

Speaking to TRUELOVE, Motsoaledi says that viewers will have a love-hate relationship with Tshedi on the show.

“She’s one complicated character and viewers will have a love-and-hate relationship with her because everything she does is for a reason. She’s very manipulative and calculative but also has a sweet side to her,” the actress explains.

While her most recent role on television was the lovely Mmabatho on The Queen, Motsoaledi says Tshedi is nothing like the sweet Mmabatho.

“Tshedi is more hardcore and more evil than any character that I’ve played. She’s very different and that’s been a great challenge for me because I love a good challenge. It required me to stretch myself as an actress,” she says before explaining how she prepared for the role.

“It was a bit tough because I don’t personally know a person in the world who is like Tshedi, so after receiving my character bio I went through it and got to understand her. You just create that situation in your head and think about how the character would react. It was also nice to work with people who take their craft so seriously because they feed you what you need and give you the right tools to be able to perform at your best on set,” she says.

Although her character may be disliked, Motsoaledi believes people will relate to her – especially those with siblings.

“It’s a very touchy subject but I think viewers will relate to her because of how parents generally don’t treat siblings the same. There’s always a favourite one and the other one is always left there feeling like they’re unloved or unworthy. So, there’s an element of that in her relationship with Naledi, the King and Tshedi,” she continues.

Motsoaledi says being part of the cast wasn’t easy and says she had to audition for the role for a month.

“I auditioned and I think it was for a month. In my head I was just like ‘what? I’ve never had to audition for one role for that long’, it was a long process but it was such a beautiful process too. I think it was one of the best auditions that I’d ever done in my career,” she adds. Another challenge for the 31-year-old was being part of a predominantly Zulu cast as a Setswana-speaking actress.

“It was scary at first but you also know that you have to bring your own element into this big show that is predominantly Zulu. Now, you’re also opening up a different doorway and that comes with a lot of pressure. But I trust myself and my work so we show up and make magic,” she says.

On taking a break away from the spotlight, Mo explains that she needed time away after her mother passed away.

“I lost my mom in 2019 and I needed time to regroup and to grieve properly. I took my time and I’m just glad to be back on such a huge platform. It literally feels like I’m starting my career from scratch again. I’m so happy that my comeback is such a huge comeback,” she adds.

Going forward, Motsoaledi hopes to do more film work and to star in a romcom and an action movie. For now, though, catch her as the devious Tshedi on Showmax’s The Wife.

We live in a world where facts and fiction get blurred
In times of uncertainty you need journalism you can trust. For 14 free days, you can have access to a world of in-depth analyses, investigative journalism, top opinions and a range of features. Journalism strengthens democracy. Invest in the future today. Thereafter you will be billed R75 per month. You can cancel anytime and if you cancel within 14 days you won't be billed.
Subscribe to News24
Next on TrueLove
Sho Madjozi returns to music after a break – 'Fame is not really easy for someone with my personality'