The detoxing debate | Experts unpack detoxing and its many myths 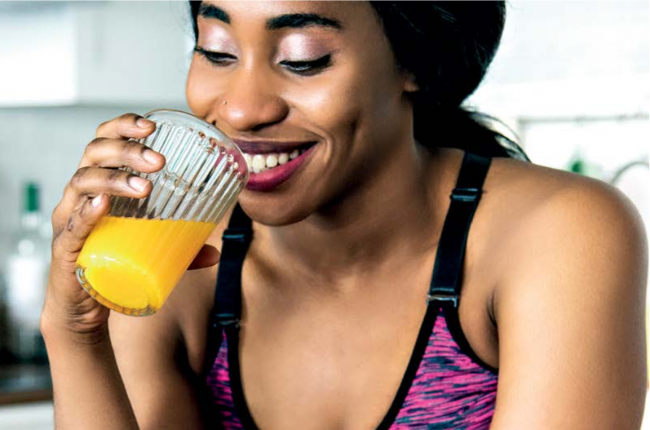 Every time January comes around, most of us detox our systems so we can start the New Year on a ‘clean slate’. Experts unpack detoxing and its many myths

Do you remember when your granny used to use uchatho (an enema to deal with constipation, for example) on you, or being forced to drink castor oil or Epsom salt before you had is’dudu, the morning before going back to school? Our parents might have traumatised some of us with their home remedies but we’re certain their intentions were good.

Detoxing is a process or period of time in which you abstain from or rid your body of toxic or unhealthy substances, explains Michelle Lewis, a Cape Town-based health and wellness coach. So, what should we do to have a successful detox, and what traps should we avoid falling into when it comes to refreshing our bodies for the year ahead?

Why do we detox?

Your body goes through a lot – especially in December when we stuff our faces with rich foods and drinks until the sun sets. When you start feeling sluggish, it could be due to exhaustion or a sign that it’s time to do some inner “spring cleaning ”. The food we prepare nowadays is not as organic as it used to be, and toxins in the air and water make their way into what we eat.

I’m not an advocate for the internal use of castor oil for a laxative effect. If you’re going to be using this, make sure you use them with the guidance of a health coach or practitioner

It’s not necessary to detox if you have a healthy liver, says Mbali Mapholi, a registered dietician and owner of Mbali Mapholi Inc. “If you have a normal functioning liver, which is more than capable of taking care of its functions (filtering blood and producing proteins for blood clotting and other important functions), there’s no need to take something to detox,” she explains, adding that people generally confuse detoxification with digestion. “Detoxification isn’t supported by the gut, but your liver. There’s no need to then enhance liver detoxification. The detox industry is booming but there’s limited clinical study available on detox supplements to show or prove that they work,” Mapholi expains.

Yet, Lewis believes in detoxing, as the body needs assistance and says we can’t count on self-cleansing alone. “A body overloaded with toxins can result in a number of symptoms, which include constipation, stomach bloating, poor digestion, gas, fatigue, weight gain, excessive mucous, poor concentration and memory, headaches, dull skin, depression, body odour and bad breath. Yes, our bodies perform detoxification every second of the day, but with the modern, western lifestyle of eating, we need to consciously aid the body in this process,” Lewis explains.

What to do when you detox

Minich offers the following tips to help reduce your toxin load through food, cooking and eating:

Eat at least seven servings of colourful fruits and vegetables daily. Plant-based foods are rich in antioxidants and anti-inflammatory nutrients, which can protect against chemical stressors.

Use spices, like turmeric and rosemary, when cooking to offset the formation of unhealthy compounds when you pan- fry or cook meat over an open flame.

Replace cans and plastic with glass containers when possible.

How safe are home remedies?

The tried-and-tested methods that we grew up using to get rid of toxins or ‘clean’ our systems were not detoxing, according to Mapholi. “People think if they take laxatives they’re detoxing, but instead they are helping their digestive system. Detoxification is supported by the liver and not the gut, that’s the biggest misconception that people have,” Mapholi says.

Epsom salt is inorganic; ideally this is better used as a bath salt than as an internal cleanser

So were the Epsom salt and castor oil roll calls in vain? Home remedies, especially when unsupervised, can be harmful to your body. Laxatives, for instance, cause dehydration, Lewis says. “Generally, laxatives strip away the lining of the colon and the rectum. They also cause an imbalance of electrolytes in your body, including calcium, potassium, magnesium, sodium and chloride. Epsom salt is inorganic; ideally this is better used as a bath salt than as an internal cleanser. I’m not an advocate for the internal use of castor oil for a laxative effect. If you’re going to be using this, make sure you use them with the guidance of a health coach or practitioner,” she explains.

Even though herbs and plants like aloe are organic, you’re still advised to use them under supervision, Lewis cautions. “Aloe is organic, but again, make sure you use it with the guidance of a health practitioner, and that the product you consume is the cleanest brand you can find, free of harmful pesticides and processing chemicals.”

Dr Deanna Minich has done extensive studies and published works on her Rainbow Diet, in which she takes a holistic approach to detoxing. In Minich’s approach, the Colourful 7 Systems of Health, she breaks down how detoxing should be a body and spirit process to have better results in the long term. By enjoying a colourful diet with foods that include reds, oranges, blues, indigo and greens, and journaling about your emotions, you will then know what to take out for your life to be healthier.

Instead of trying to detox, a healthy diet, high in fruits, vegetables and lean protein, and low in salt and sugar is a safer bet, according to Mapholi .“Better eating habits can yield results,” she adds.

WAS YOUR DETOX A SUCCESS?

According to Lewis, these are the four telltale signs:

We live in a world where facts and fiction get blurred
In times of uncertainty you need journalism you can trust. For 14 free days, you can have access to a world of in-depth analyses, investigative journalism, top opinions and a range of features. Journalism strengthens democracy. Invest in the future today. Thereafter you will be billed R75 per month. You can cancel anytime and if you cancel within 14 days you won't be billed.
Subscribe to News24
Related Links
How to detox after a sugar binge
Discover the pleasure of plant-based this January
Everything you need to know about a high-fibre diet
Next on TrueLove
Archive | Dorah Sitole's TRUELOVE Ed's Note from Jan, 2009