Cornrows, bantu knots and more: How African-inspired hairstyles continue to be a staple My first braids and plaits were done by my mother, as I sat in between her thighs, on a carpeted floor, every Sunday. I now spend two to three hours every month at my trusted salon in the Joburg CBD, handing the extensions to my hairdresser and her assistants for them to intertwine them with my hair. These experiences are universal among many Black women.

Whether you braid your hair for practical purposes, such as cutting down on the time spent styling it, as a protective solution or form of self-expression, braids are an integral part of our identity. Our inspiration is drawn from many Black icons, like our political heroes, celebrities, mothers and grandmothers, as well as the intricate braid styles of the different African tribes that date back thousands of years.

Hair artist and stylist Nikiwe Dlova says, “Our African culture — the past, present, and the future — inspires me to create signature styles. Our culture pushes us to celebrate who we are and to be creative, which drives me.”

READ MORE | Hair guide: 6 tips for taking care of your coils this winter

One of our earliest memories of a Black woman rocking a chic ethnic hairstyle was when the late Miriam Makeba donned beaded cornrows with a braided beehive while belting out The Click Song in Paris in the '70s. At a time when Black people were gravely oppressed, her hairstyle served as an assertion of her pride as an African.

The striking image of Winnie Madikizela-Mandela outside the home she was exiled to in Brandfort, Free State in 1977, clad in a silk doek over her beaded cornrows is symbolic of power and vigour.

However, African hairstyles were not only a political statement. They also became a form of expression, promoting all-things Africa. Superstar Brenda Fassie appears in her debut video for Weekend Special in 1983 wearing long cornrows.

Lebo Mathosa and Thembi Seete of Boom Shaka came onto the kwaito scene in the early '90s sporting long thick blonde braids. Thandiswa Mazwai has been rocking cornrows throughout her music career. These styles became, and are still, a celebration of freedom and self-acceptance.

International celebs have also made their mark. Brandy Norwood is almost always wearing different types of braids — she made her style debut on the I Wanna Be Down music video rocking bob braids.

Thanks to Alicia Keys, cornrows became popular again in the early 2000s. Her debut music video for Fallin' in 2001 features a young Alicia rocking intricate cornrows under a fedora hat. That look became a major beauty trend soon afterward. The late Winnie Madikizela-Mandela outside the home she was exiled to in Brandfort, Free State 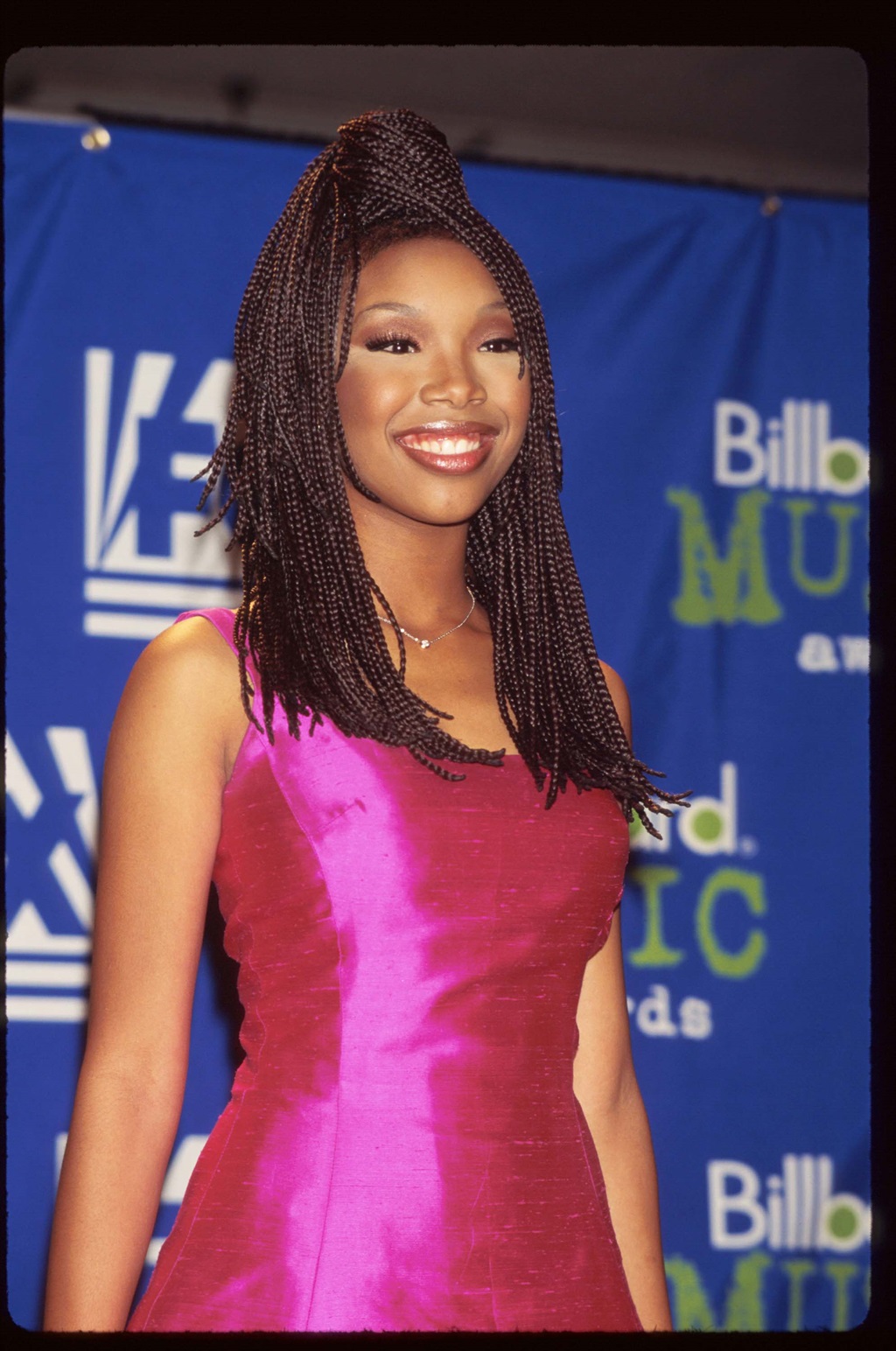 Afrocentrism is all the rage right now. Black Panther amplified African aesthetics, while beauty influencers continue to have the biggest impact on the rise of natural hair and ethnic styles.

Blackboard Africa co-founder Amonge Sinxoto says, “My hairstyles are inspired by African icons — from Mam’ Winnie to actress and UN activist Nomzamo Mbatha — who inspire me to remain true to myself in how I show up aesthetically.”

Hairstylist Bomzi Lekgoro adds: “I started styling braids creatively in 2017. I wanted to celebrate our hair and show how we are able to experiment with different braided styles.”

Sho Madjozi arrived on the music scene with her big hit Dumi Hi Phone in 2017, sporting colourful beaded plaits and cornrows in her videos.

Back in 2019, her hairstylist Princess Ndlovu said, “Doing Sho Madjozi’s hair is a wonderful and creative challenge. She is influenced by African tribes such as the Fulani and Tuareg, and we are currently experimenting with bright colors.”

Many other influential media personalities such as Amanda Black, Lunathi Mampofu and Nandi Madida continue to reinvent retro braid hairstyles.

Internationally, Solange Knowles continues to lead the pack. Remember the statement blonde cornrows at The Met Gala in 2018?

Her stylist Shani Crowe has been quoted as saying that she's inspired by indigenous African art. Other American celebs that embrace this proudly African aesthetic include Yara Shahidi, Tracee Ellis Ross and Lupita Nyong’o. Shani Crowe has created intricate and show-stopping styles for Solange Beyonce in Bantu knots for 'Black Is King'.
Instagram @NealFarinah/Instagram

We live in a world where facts and fiction get blurred
In times of uncertainty you need journalism you can trust. For 14 free days, you can have access to a world of in-depth analyses, investigative journalism, top opinions and a range of features. Journalism strengthens democracy. Invest in the future today. Thereafter you will be billed R75 per month. You can cancel anytime and if you cancel within 14 days you won't be billed.
Subscribe to News24
Next on TrueLove
Hair guide: 6 tips for taking care of your coils this winter