In 2018, Mapula Ramothwala - founder of Kiddie Cool and mom to a then prepubescent boy - took her experience, saw a gap in the market and turned it into a business.

As children grow, particularly as they reach their prepubescent years, they start to perspire. Due to them still being young, they may not necessarily be privy to this odour.

This is why Mapula decided to start Kiddo Cool, a hygiene and antiperspirant product range that specifically targets seven to 13-year-olds.

Speaking to TRUELOVE, Mapula tells us how her son inspired the products and how talking to other parents helped her identify a gap in the market.

“I have a son who, at the time, was about seven or eight years of age, and he is a soccer player. When he would return from school or soccer practice, he’d have a bit of an offish smell in his armpits and so I started just monitoring if it’s time for deodorant or what’s happening and, clearly, it was time for deodorant. I then went to pharmacies to try find something suitable for his skin and there was nothing at that time, in the market,” she explains. Mapula says she would speak to fellow parents about this and found that most would suggest home remedies or the pharmacists would advise her to use certain methods when bathing her son or leave the soap to dry on her son’s armpits. However, this proved to be quite the challenge because it became one more thing to add on to her to-do list as a working mother on the go, which would not be practical for her.

“I saw the problem on my son, I asked other mothers - some were even taking their kids to the doctor thinking that their children were sick - and I saw that clearly there is a gap and a demand here so let me start doing the research,” she recalls.

Mapula’s products target children who are in their pre-teen years and says the reason for this was that she realised she was not the only mother going through this phase with their child. Through her research, she found that the odour that came with sweating was quite normal for pre-teens, globally.

Meanwhile, other parents were taking their children to seek medical help because traditional theories suggested that it was wrong for a child that 'young' to start having body odour.

Currently, the Kiddo Cool product range consists of deodorant (the bestseller), foot powder and anti-perspirant sprays, which Mapula says are formulated strictly for the young ones’ sensitive skin.

“Our [products] mask the body in such a way that it doesn’t burn their sensitive growing armpit and there are no irritations and burns. We actually make sure that its actually suitable for children with eczema and that it doesn’t cause darkening of armpits or staining of clothes,” she shares and adds that so far, her customers have not complained about any of the above claims being untrue.

Mapula, whose current focus is Kiddo Cool, says one of the greatest challenges on this entrepreneurship journey has been financial capital required to market the brand. 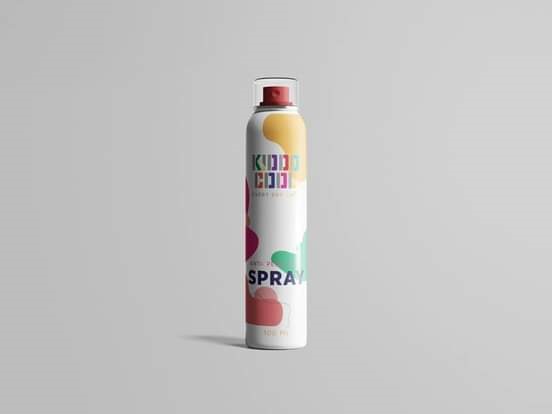 She encourages women to pursue entrepreneurship, silence the fear of failure, be consistent, never fear rejection and fail forward.

“Create your own opportunities, you don’t have to wait for them to come to you. Also, surround yourself with strong and supportive people who understand your vision,” she adds.

And adds, “You’ll find people who say 'you’re dreaming Mapula', 'this already exists' and whatnot. There is lot of noise that you will get but just be able to block that noise.”

On what’s next for Kiddo Cool, she says due to being highly requested by her customer base, she will be extending her product range to being an entire toiletry range and will include products such as SPF lotion, body spritzers and perfumes - all suitable for pre-teens. She also adds that her brand will also be expanding into the teen ages, joining already-existing brands.

We live in a world where facts and fiction get blurred
In times of uncertainty you need journalism you can trust. For 14 free days, you can have access to a world of in-depth analyses, investigative journalism, top opinions and a range of features. Journalism strengthens democracy. Invest in the future today. Thereafter you will be billed R75 per month. You can cancel anytime and if you cancel within 14 days you won't be billed.
Subscribe to News24
Next on TrueLove
Nomfundo Mcoyi successfully transforms Icebolethu from a funeral service to a lifestyle brand