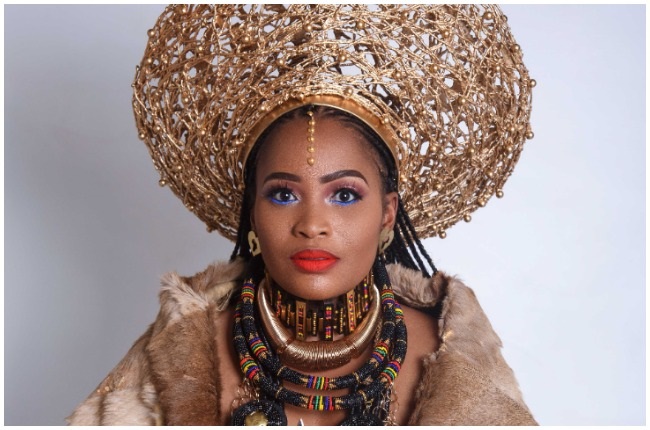 An alarmed Ayanda revealed in the post how the character tells children to commit acts of self-harm.

“Please spread this to parents and guardians. Please check what your kids are watching on YouTube. I checked this out myself, after my sister-in-law alerted me to it. You honestly don’t want your kids watching this thing. It’s disguised as a cartoon but it’s actually just plain demonic,” she wrote on her Instagram page.

Speaking to TRUELOVE, the actress - who is also a mother to three children - said that the discovery of this harmful game has left her feeling and helpless as a parent.

“I feel very anxious and very disappointed at the adult who created this game. I’m actually wondering what their intention is. I’m a very strict parent when it comes to the type of content my children are allowed to view and I homeschool all of them, so you can imagine how shocked I was to learn that my child knew this character,” she tells us.

“Our children are really not safe on these online platforms and this whole discovery has left me feeling helpless about their safety. It’s really disempowering,” she adds.

Although Ayanda admits that there is little that parents can do to prevent their children from being exposed to such harmful content, she says that she has implemented systems to better protect her children.

“On the YouTube Kids app, I’ve made sure that the account is linked to my main account so I can see if there are any updates. I’ve also set up an age restriction on the app so that age-appropriate content is displayed. Another thing I’ll start doing is to constantly check what my children are watching and get to know the characters intimately. I’ll also be disabling access to a lot of apps on their devices,” she explains.

The actress and producer also believes that, upon discovering such content, parents should not panic but have an open conversation with their children so that their children would feel free to open up to them whenever they see something strange.

Another parent, Mercy Vilakazi, tells TRUELOVE that she first heard about the sinister Huggy Wuggy character in a parents WhatsApp group but immediately denounced it as false news.

“A few months later, I came across the news and discovered that my three-year-old daughter also knew the character. I watched the game on YouTube and at first the character seems like an innocent character that just asks for hugs, but once you continue watching the episodes, it all starts to become sinister with nasty ideas of self-harm being displayed,” she says.

“I was mortified to learn of this and so were other parents who I have been speaking to about this. The world has become such a dark place and it’s so sick how this game has been disguised as content for children,” she continues.

The Johannesburg-based mom says that in addition to linking her child’s YouTube kids account to hers and setting up an age restriction, she has now also made sure to invest more time in watching what her child could be exposed to on the platform.

“Setting up an age restriction on YouTube Kids is not enough. What I’ve now done is to also disable the auto-update feature on my child’s tablet as well as the autoplay feature. This is because YouTube’s algorithm will suggest similar content to your child and they will click on it because they are curious, however, you’ll find that the content is harmful. Disabling autoplay and auto-updates helps because your child can only watch what you have opened for them to watch,” she explains.

“I’ve also made sure to get a weekly summary of what my daughter views on YouTube kids and I view all that content. I’ve also blocked other apps such as TikTok and the likes on her device,” she concludes.

According to Parents.com, Huggy Wuggy is actually a character in the 2021 horror PC game Poppy Playtime by MOB Games, a game intended for adults but can easily be found by children.

“When he opens his mouth, he has rows of sharp teeth. And that's just the tip of the iceberg. Poppy Playtime is a game of survival set in an abandoned toy factory. Players must solve puzzles while Huggy Wuggy hunts them. He has inspired multiple YouTubers to create parodies of creepy songs, that, while not intended for children, are easy for kids to find and watch online,” the publication explains.

The publication also suggests four more ways in which parents can protect their children from such harmful games:

We live in a world where facts and fiction get blurred
In times of uncertainty you need journalism you can trust. For 14 free days, you can have access to a world of in-depth analyses, investigative journalism, top opinions and a range of features. Journalism strengthens democracy. Invest in the future today. Thereafter you will be billed R75 per month. You can cancel anytime and if you cancel within 14 days you won't be billed.
Subscribe to News24
Next on TrueLove
All you need to know about water birth