How to deal with financial infidelity in your relationship 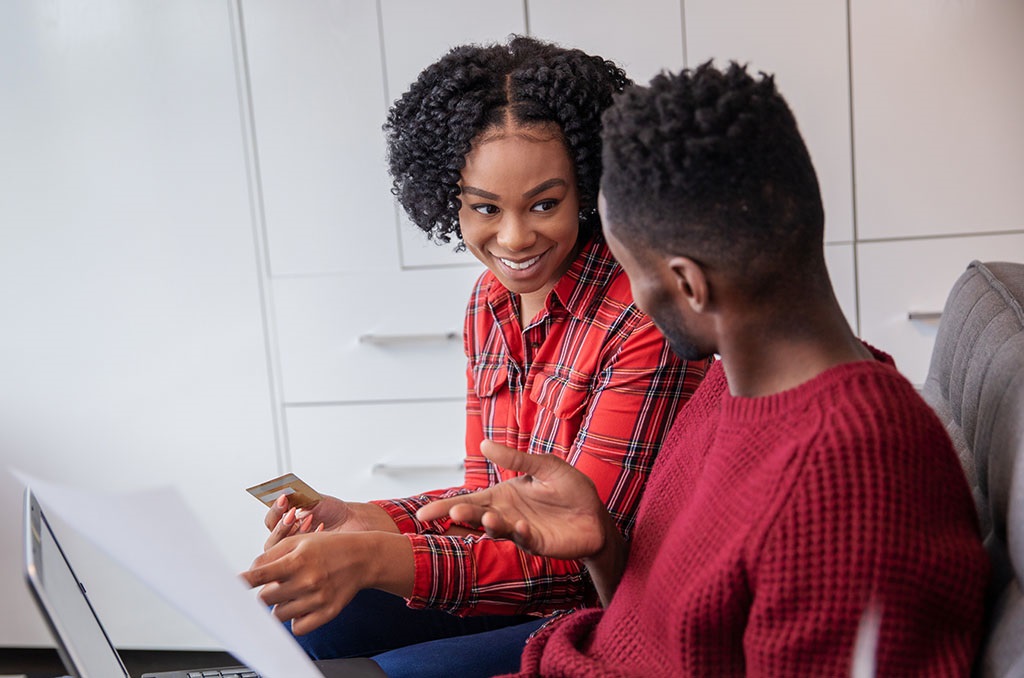 When the issue of cheating comes up, most people assume it’s about secret relationships. But did you know that hiding your financial activities from your partner — yes, from buying those expensive red-bottom Louboutins to having an offshore account without their knowledge — amounts to financial infidelity?

In fact, an article published by IOL in October 2018 mentioned that American-based finance organisation, National Endowment for Financial Education (NEFE) found that two in five people in a relationship admit to hiding cash or purchases, or lie to their partners about their earnings and debt.

So, what are the root causes of this phenomenon amongst couples, and how can it be rooted out?

Thembi Mvelase* took her man’s gambling and impulsive spending lightly, until they got married in 2013.

“After the glitz of our wedding day passed, the reality came when we signed our in community of property agreement — a marriage contract we agreed on while we were engaged. Bheki* was heavily indebted and I inherited his debt when we opened our joint account,” she says.

Thembi was shocked at the mountains of debt Bheki had collected over the years, when he, for the first time, allowed her to look at his bank statements.

“He said his loans were for his car, varsity fees, renovating his parents’ house and our wedding. What I find concerning is that he wasn’t completely honest about his finances, especially about his parents’ renovations, which I’ve been helping him to pay off. His parents were redoing their home, but not entirely on his budget,” Thembi adds.

It turned out that he uses most of his salary, as well as their credit card, on expensive clothing and at casinos.

“Since I do domestic chores in the house, I find these receipts. I don’t see him contributing constructively to our financial well-being, and while he spends a lot, I’m seen as the uptight, thrifty one in the marriage. It’s gotten so bad, I often consider leaving him. The financial mess he puts us through is too much and what we fight about all the time,” Thembi laments.

Busi Selesho, financial coach and author of Money and Black People: Why Black People Don’t Have Money, How To Heal Your Money Story, says there are several reasons why couples don’t open up about their financial habits.

“The person lying doesn’t want to be judged for their spending behaviour, which they feel guilty about. If it’s not guilt, they feel they deserve what they spent on, even if it’s not budgeted for,” Selesho says.

Couples also lie because they fear their partners won’t support their financial decisions.

Janine Player, financial consultant at Old Mutual Private Wealth Management, shared with IOL that couples who want to build a successful future together can’t avoid talking about financial issues. She agrees that a lack of transparency regarding one’s financial situation can lead to relationship chaos.

While love is the glue that binds a successful and blissful long-term relationship or marriage, Player advises that both partners must be completely honest about their financial position and long-term goals.

Selesho also suggests that each couple understand how they manage their own money before eyeing their partner’s financial choices. That way, it’s easier to communicate without judging one another. White lies can snowball into gigantic problems when you make lying a habit.

But, can it ever be justifiable to lie about your money?

Selesho says, “The problem is not the lying. It’s choosing not to discuss how we want to handle our finances. Couples can agree not to talk about their money, and that’s okay, as it prevents issues like lying to or feeling controlled by the other on what to do. There’s a difference in not sharing information, which is justifiable, and lying, which changes the game altogether. You can’t say you’ve paid the bond when you actually went on a shopping spree.”

Try to be transparent

Transparency is a key foundation for couples to support each other’s financial goals and dreams, Selesho states.

“When you’re honest with your partner about everything, including money, it gives them the chance to support you, especially when things don’t go well. It also helps you grow together,” she says, adding that you can plan better and learn from each other, especially when you have different financial habits.

“For example, if one person is a risk-taker and the other’s more cautious, it’s easier to find common ground in making realistic financial decisions,” she adds.

READ MORE | 7 tips on creating financial cohesion as a couple

Work as a unit

Selesho suggests that couples discuss what they want to achieve financially. “Every couple is different,” she says.

“Others might prefer separate bank accounts for the sake of peace, depending on their marriage contracts. If a couple is married out of community of property, separate finances will work better for them.

“If you decide to share your finances, it must be a mutual agreement based on a common goal you’re both comfortable with. It shouldn’t be because that’s what they think is expected and how things are done,” Selesho says.

She goes on to say that sharing finances can help you compromise. Player agrees.

“Money problems are the most common reasons for divorce. It’s imperative for couples to openly discuss their finances prior to getting married,” says Player.

Married couples or co-habiting partners can manage their finances effectively by letting a financial planner guide them, Player advises.

“Financial habits can be hard to break. Make sure yours are beneficial for the well-being of your relationship,” Selesho concludes.

Never compromise on these financial values when in a relationship

You can’t give what you don’t have. Rather focus on investing in yourself and your knowledge in order to create wealth, Selesho advises.

Make sure your partner takes their progress seriously. People who are dedicated to improving themselves won’t pass on their money problems to others because they know how to utilise support while redeeming themselves.

Don’t compromise on self-development. People who continue to improve themselves earn more, know how to spot opportunities, and are driven by their passions.

Be with someone who is kind and accepting. They’re less likely to judge you when you make mistakes, especially of the financial kind.

We live in a world where facts and fiction get blurred
In times of uncertainty you need journalism you can trust. For 14 free days, you can have access to a world of in-depth analyses, investigative journalism, top opinions and a range of features. Journalism strengthens democracy. Invest in the future today. Thereafter you will be billed R75 per month. You can cancel anytime and if you cancel within 14 days you won't be billed.
Subscribe to News24
Related Links
Minnie Dlamini and Quinton Jones call it quits after 5 years of marriage
11 celeb couples who inspire us to fall in love
Are you addicted to dating? Here’s how to be single and love it
Next on TrueLove
7 tips on creating financial cohesion as a couple