5 sex positions that double as exercise Some people love a pounding gym workout to get them sweating, burn enough calories and leave them feeling great. For others, having sex is about as active as they get. So, what if you could combine the two and 'work out' with your partner to burn some calories? That’s much more enticing, right?

“The secret to the best cardio workout in the world is between you and your partner. Changing sex positions can change your life and health, and probably spice up your relationship too,” says Lucky Mazibuko, founder and CEO of Pulse60Fitness Group.

And you can also exercise all your muscles at the same time, says sexologist Dr Babalwa Funda kaMabhoza.

“It starts with the muscles used to grind your food and your tongue that ‘work out’ when you kiss, to the tensing and relaxation of other muscles in your body, resulting in muscle strength and conditioning, if done constantly,” she adds.

But there’s a catch: you need to be an active participant and alternate the sex positions so that each partner gets an even workout over a period of at least 30 minutes. KaMabhoza, and life and sex coach Jade Zwane, have compiled sex positions that double up as exercise, while Mazibuko explains their fitness benefits. Get ready to sweat! 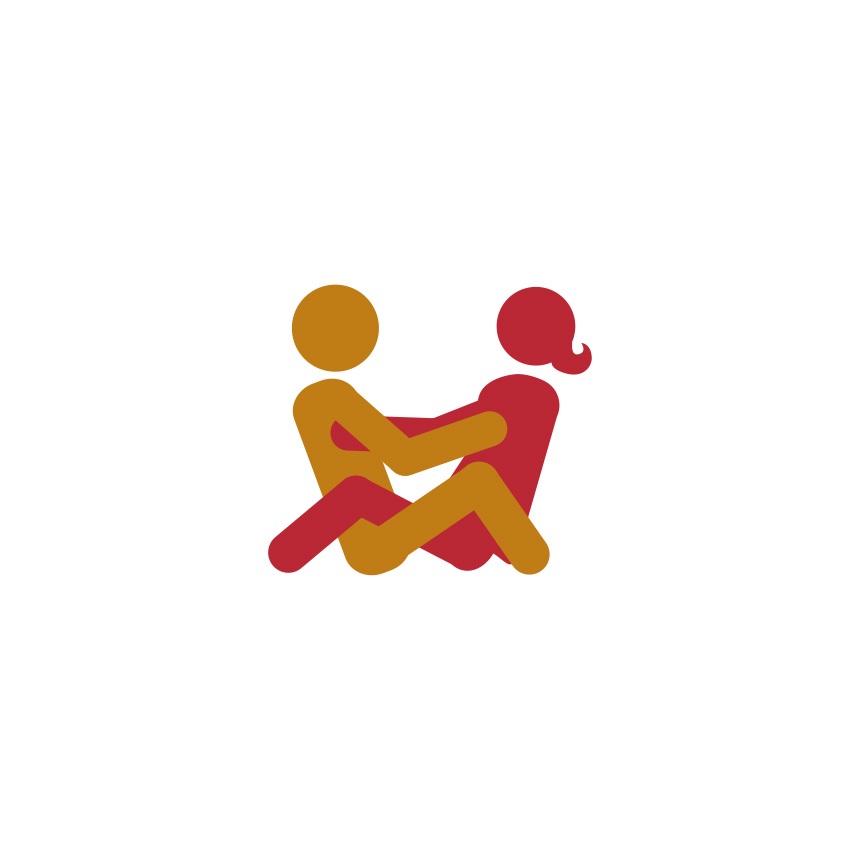 The Lotus isn’t that difficult to pull off. You sit on your man’s knees, carefully lowering yourself on top of him, and then extend your legs out behind him. Experiment with the most comfortable position for your legs. If you prefer to initiate the action rather than the man moving your body, you’ll find that a kneeling position works best.

Mazibuko says, “The Lotus position improves your glutes, thighs and core. It’s also very intimate, as you face each other.”

Splitting of the bamboo (legs over shoulder)

This acrobatic position calls for the woman to fold and unfold her legs during intercourse, and requires considerable suppleness — and ‘NO’, you don’t need to be a gymnast. The sequence is repeated again and again: you raise one leg and put it on your man’s shoulder; then, after a while, you bring that leg down and raise the other. Thus you ‘split the bamboo.’

Mazibuko says, “This position is the easiest for everyone to do, regardless of age and abilities. It exercises the butt, core muscles, quads and hamstrings, even just by lifting your pelvis and lower back.”

This position is one of the more acrobatic ones. It’s a total workout. The man stands and slightly bends his knees and places them shoulderwidth apart. You get down on your front, using your elbows, and the man enters you from behind, in the same way he’d do in rear entry or doggie style, but standing. However, instead of your feet remaining on the floor, the man lifts you by the pelvis and then you use your legs to grip him around the waist. Depending on your heights, you might need to rest on the ground closer to his feet.

Mazibuko says, “This position strengthens your arms and uses your core muscles.”

The supported congress (standing up) Sometimes the urgency of passion calls for a standing position. Lovers can achieve this by leaning against a wall or into one another. If your partner is much taller than you, he can bend his knees or you can stand on tiptoe. This may not work if there’s a major height difference. Because you are supported by the wall or braced against your partner, he can thrust freely. This sexual position builds your core and improves your leg muscles. You can flex your muscles and improve arm strength as you latch onto the man.

Mazibuko says, “This position needs a lot of endurance. “Most women swear by the cowgirl position, as it puts them in command,” Zwane says. Your guy needs to lie on his back, while you straddle him with your legs on either side of his waist — your knees should remain on the bed. You can put your hands on his chest, shoulders or the bed to steady yourself. Then move up and down or forwards and backwards. Or try doing both at the same time. KaMabhoza suggests that the guy put his hands under your bum and help to push you up and down should you get tired.

Mazibuko says, “This position flexes the lower abs, pelvic muscles and calves and also builds stamina as well as the leg muscles.”

What about an orgasm?

You may be wondering how likely an orgasm is with these sexual workouts. Some positions will directly expose the physical hotspots more and make an orgasm easier, kaMabhoza says.

And adds, “An orgasm is attainable during all the positions, as it’s a state of balance (mental, physical, physiological and spiritual) in all of a human being.”

The trick, when it comes to sex, is to find what works for you, Zwane shares.

With all of this said, the benefits of actual exercise cannot be discounted as a lead-up to sex.

“Exercise releases endorphins and sex hormones, causing blood to flow to the genitals and then resulting in arousal,” she adds.

Therefore, an actual physical workout improves our mood and increases sexual desire. See, if you struggle to schedule a fitness routine in your daily life for some reason, a workout under the sheets is a superb idea. Think of it as multitasking (wink, wink).