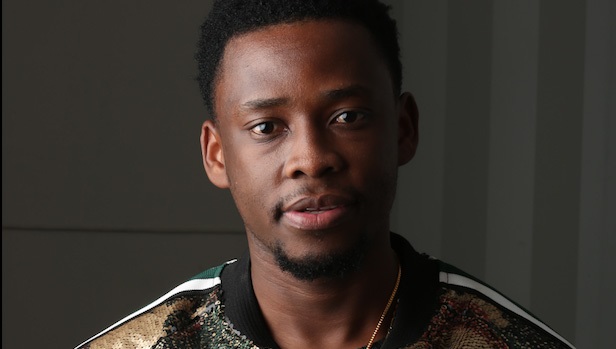 KZN-born and bred actor Wiseman Mncube, better known as Mqhele on The Wife or Jama Nzuza from eHostela, says he’s nothing like his on-screen characters.

My love for acting was inspired by my brother Ntando Mncube, who’s also an actor. When he was in varsity, they’d have theatre productions, which could be watched by the general public, so I always attended. At first, I wasn’t sure if I loved acting because I wanted to follow in his footsteps or because I truly loved it. Over time, I learnt that it was my true calling.

The story line of inkabi is what drew me to eHostela, as I didn't know much about that life and found it interesting. I wanted to be a part of telling that story. I educated myself by researching about inkabi, and realised that I didn’t know as much as I thought I did. So, by the time I got the script, I understood the character. All I had to do was put on my A-game in portraying him.

Being on a show where I speak predominately isiZulu is great, yet challenging. I enjoyed it because everything I was saying felt real and came from deep within. Having learnt acting in English, translating my lines to isiZulu proved to be a challenge. Even though I’m natively Zulu, there are some things I didn’t know how to say in isiZulu.

READ MORE | The new Mqhele, a Tswana family and 4 other new developments from The Wife Season 3

I'm actually the complete opposite of Jama. I'm shy, to such an extent that the other day, a lady at the garage recognised me, and was excited to see me. She then asked why I'm not as outspoken and eccentric as I am on TV. She was taken aback by how reserved I am in person. I'm an introvert, and am scared of interacting with strangers. We always [made] fun on set that in real life, I'm like Mndeni, while he's an extrovert like uJama.

My highlight was shooting the last scene of the last episode, and telling myself that I did everything I could to give the character colour. I really gave it my all.

The most difficult scene to shoot was killing my dad. That was hectic! Having to look your father in the eye and then take his life without flinching or being remorseful was something else!

The other emotional scene for me was when I forced my mom to tell the community that Mndeni killed our father. And he was there, begging our mom to tell the truth. It was a mess because Mndeni portrays the character with so much emotion – he makes you want to get out of character and just cry. I tried avoiding those scenes because I knew they’d make me emotional, which is why we decided that all the emotional scenes should be shot last because we struggle to continue shooting after.

The four things people don’t know about me are:

· I love spending time with my daughter

· I also write and direct my own theatre productions

We live in a world where facts and fiction get blurred
In times of uncertainty you need journalism you can trust. For 14 free days, you can have access to a world of in-depth analyses, investigative journalism, top opinions and a range of features. Journalism strengthens democracy. Invest in the future today. Thereafter you will be billed R75 per month. You can cancel anytime and if you cancel within 14 days you won't be billed.
Subscribe to News24
Next on TrueLove
Style Crush | ‘Looking snazzy’ – 5 looks from Lawrence Maleka’s Big Brother swag