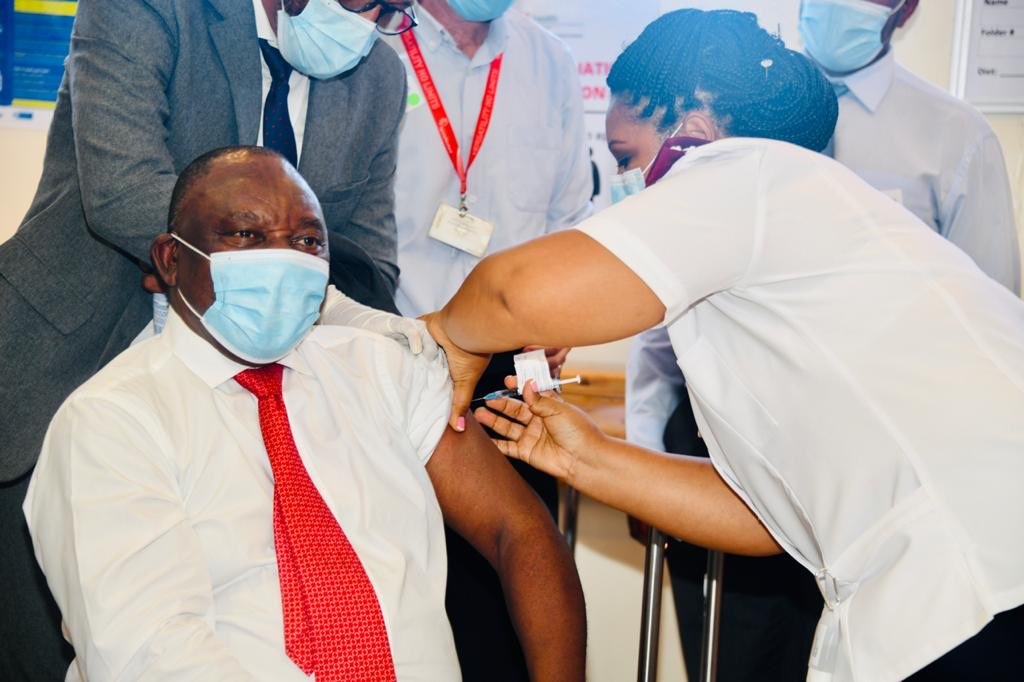 On Wednesday, President Cyril Ramaphosa was among the first few people to get the Johnson & Johnson COVID-19 vaccine shot at the Khayelitsha District Hospital in the Western Cape province. He is with a group  of health workers currently receiving shots of the vaccine.

This first batch of vaccines from Johnson & Johnson arrived on Tuesday evening. The new consignment was moved to a secure facility and distributed to vaccine centres across all provinces overnight, the health ministry said in a statement.

READ MORE | How the vaccine will be rolled out in SA

“This day represents a real milestone for us as South Africans, that finally the vaccines are here, and they are being administered,” President Ramaphosa said after receiving his shot.

“I was rather pleased that there were five people who were vaccinated before me, and they are health workers, and it was a joy to watch them [and] to see whether anything had happened to them, and gladly - nothing happened to them.”

There was a sense of pride as everyone got together to save South Africa. Now, at last, our healthcare workers have some kind of protection as they deal with the pandemic
Dr Zweli Mkhize, Minister of Health

Health minister Dr Zweli Mhize has also received a vaccine shot at the same venue. He took to Twitter to share his sentiments on this feat.

“I want to thank our health care workers [who] have endured anxiety, panic, and exhaustion to save our country,” he tweeted.

“It was an emotional moment as we tracked the movement of the vaccine. There was a sense of pride as everyone got together to save South Africa. Now, at last, our healthcare workers have some kind of protection as they deal with the pandemic.”

The first phase of the vaccine rollout programme will prioritise healthcare workers across the country for its first phase.

We live in a world where facts and fiction get blurred
In times of uncertainty you need journalism you can trust. For only R75 per month, you have access to a world of in-depth analyses, investigative journalism, top opinions and a range of features. Journalism strengthens democracy. Invest in the future today.
Subscribe to News24
share
Next on TrueLove
5 self-help books to invest in this year