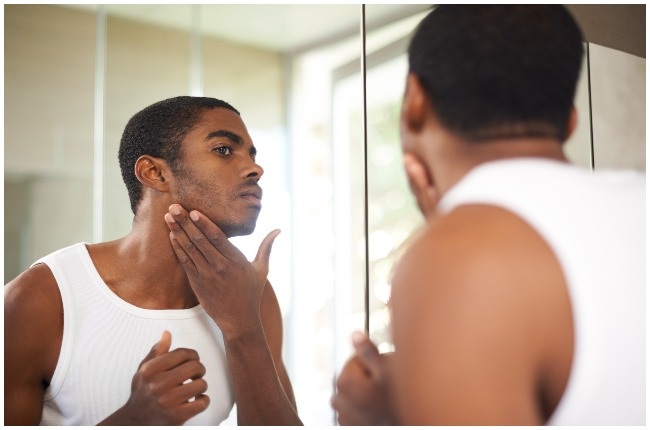 Skin lightening has been around for decades with many people using creams that are potentially dangerous for the skin for fairer skin. However, over the years, some influential people such as Khanyi Mbau, and the late Mshoza, have attempted to normalise skin lightening by sharing their procedures.

While the conversation around skin lightening is often centred around women, a recent study has revealed that an increasing number of men are using skin lightening creams.

Conducted by lead researcher from the medical bioscience department at the University of the Western Cape (UWC), Dr Farzana Rahiman, the study revealed that about one in eight Black, Indian and Coloured students at UWC said they used skin lighteners, even though they are aware of the dangers of some of the products.

“To my knowledge, this result is one of the first to be reported in SA,” Rahiman told the Sunday Times.

He also went on to explain that the study, which had 400 respondents from the university, revealed that lightening products are used by 10% of men and 12% of women involved in the study.

In this South African study, published in the International Journal of Women's Dermatology, the prevalence of Indian women using skin lighteners was 15%, followed by black African women at 13% and coloured women at 12%.

About three-quarters of the students said they were motivated by fashion and what they thought was appealing to the opposite sex, and almost half said they were influenced by family and friends to aim for the light-skinned look.

Although the act of lightening one’s skin is legal in South Africa, countries such as Rwanda have banned the use of these creams because of the chemicals’ harmful health effects.

Speaking to The New York Times back in 2019, Simeon Kwizera, a spokesman for the Rwanda Standards Board, said that inspections were being conducted to make sure that products are hydroquinone- and mercury-free.

“We are seizing some cosmetics, inspecting the shops and markets and advising the sellers,” he added.

We live in a world where facts and fiction get blurred
In times of uncertainty you need journalism you can trust. For only R75 per month, you have access to a world of in-depth analyses, investigative journalism, top opinions and a range of features. Journalism strengthens democracy. Invest in the future today.
Subscribe to News24
Related Links
How your mental health can affect your skin
Jada Pinkett Smith reveals her secret to glowing skin
Here's how you can test if your skin is dehydrated
share
Next on TrueLove
Sexual offences up by 71%: here are 11 tips to keep you safe