Do you hide savings from your spouse? 35% of South Africans do! 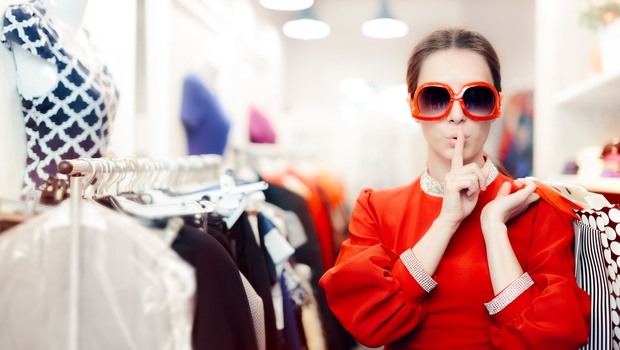 What’s mine, yours and ours can be tricky when it comes to money and relationships, but would you hide your savings? In a recent survey, 35% of South African respondents said they have secret saving accounts that they hide from their spouse or family which makes its more common that you might think.

The survey, conducted by Game and hosted on W24, gave us some revealing stats on South African saving and spending habits. “As the world continues to shift during these hard times, so do consumer saving, spending and shopping habits. As a retailer, we need to remain aware of the current trends and ensure we are responding accordingly and responsibly, in order to remain relevant to our consumers,” says Katherine Madley, Vice President of Marketing at Game.

Of the 1608 respondents, 37% of the women said they hide some of their saving accounts from their partner while 23% of men said they do the same.  However, this doesn’t necessarily have to be seen as a bad thing. After budgeting for the essentials together and covering all your bills as a couple, separate saving accounts can give each party some breathing space to save how they see fit and give each person the independence required in the relationship.

According to the survey, a good proportion of respondents (43%) believe in consistently saving each month while 47% say they save when they can and only 10% hardly ever save. This is a great reflection on the saving culture in South Africa and indicates that there is at least a large willingness to save - even if it’s not possible every month.

While saving seems to be a top priority in South African households, it’s not all sunshine and roses in our rainbow nation when it comes to money matters. More than half of the respondents in Game’s survey said that they were in debt and only 16,6% consult with a financial adviser about managing their money. “Most people think you need to have a lot of money to see an adviser, but this isn’t true at all,” writes Sam Beckbessinger, author of Manage your Money Like a Grownup. She adds that building a relationship with a trustworthy financial adviser can help you stay motivated in reaching your financial goals both by keeping you accountable and guiding you.

Some of the other key findings in this survey included insights on budgeting as well as where South Africans choose to spend their money. A majority of the respondents in the survey (87.7% of the women and 89.3% of the men) indicated that they are in charge of their household budget and 77% overall believe in a detailing their income and expenditures through monthly budgets.

From essentials like groceries and car repayments to the finer things in life like dining out and make-up, South Africans also spread their spending evenly. According to the survey, both men and women spend the largest proportion of their salaries on groceries and the smallest amount on make-up and beauty products.

“South Africans are focused on spending wisely, and for the last 50 years Game has prioritised providing quality merchandise at unbeatable prices for our customers. We want to make saving as simple as shopping at Game. This is what drives our Price Beat Promise – our commitment to our customers that if they are able to find an item cheaper elsewhere, we will not only match the price but beat it by 10% on the difference,” says Madley.

For more insights and statistics from the Game Survey read: Take a look at how South Africans spend their money

This post was sponsored by Game and produced by BrandStudio24.

We live in a world where facts and fiction get blurred
In times of uncertainty you need journalism you can trust. For 14 free days, you can have access to a world of in-depth analyses, investigative journalism, top opinions and a range of features. Journalism strengthens democracy. Invest in the future today. Thereafter you will be billed R75 per month. You can cancel anytime and if you cancel within 14 days you won't be billed.
Subscribe to News24
Next on Life
The HUAWEI Mate Xs 2 is unlike any other foldable phone on the market