What BBC Brit primetime persona are you? Whether you fancy yourself a know-it-all, a joker or a drama king or queen, BBC Brit on DStv Channel 120 is bringing you all you need to keep every personality type in your home entertained with a #ABritMoreEntertainment every night at primetime.

The Brainiac: the one who loves a gameshow and knows all the answers Get ready to show off your competitive side and outsmart your family, with the return of the iconic show, Weakest Link Wednesdays at 8pm on BBC Brit. But be careful, new host and funny guy Romesh Ranganathan will be ready to laugh if your answers are a bit ridiculous.

Having debuted in 2000, The Weakest Link has become one of the BBC's most successful international franchises, with versions of the show airing in over 100 countries across the globe.

“When Anne hosted it was very much her flavour to it, but if someone answers something ridiculously, or is clearly The Weakest Link, I am definitely going to point that out and have fun with that, but I will do it in my own style. I’ll be bringing a comic element to it in terms of how I interact with the contestants, going through the scripts and adding comedy to that. It’s just me hosting the show, I am a comedian by nature so that is what I am going to be bringing to it,” said Ranganathan.

Ranganathan said he has always been a fan of the show but admits he would never be a contestant on any quiz show.

“I wouldn’t go on any quiz shows as a contestant because I’ve got too many hidden gaps in my general knowledge so I would just be unmasked as a complete idiot, so whilst I am happy to ridicule others for not knowing the answers, I’m not happy to have that done to myself.”

While fans will still get to hear the iconic line “You are the weakest link, goodbye…”, this season will also have some new surprises.

“I can tell you that in order to bank now, you have to press a button and say ‘bank’, and we have picture questions, where a picture will appear on their podiums and I ask them about it which mixes it up a little bit. It’s amazing to discover how, when put under the pressure of The Weakest Link, people can’t identify very simple things in a picture. I found it very surprising,” he quipped.

Tune into the Weakest Link on Wednesdays at 20:00 CAT to prove you are the smartest in the family. Brainiacs can also look forward to:

The People-watcher: the one who loves watching reality TV Steven Bartlett, the newest addition to the Dragons Den which premieres Thursday 6th October at 20:00
Supplied

If you love a little reality in your evening viewing and you’re looking for someone to root for in competition, then BBC Brit has got you covered with the return of some of our favourite reality TV competitions.

Sunday Times best-selling author and entrepreneur Steven Bartlett, 29, is set to breathe new fire into the Den as he takes over from departing Dragon Tej Lalvani.

“I’ve been watching Dragons’ Den since I was 12-years-old. It was my first window into the real world of business and investing. It’s a tremendous honour to join the Den, hopefully representing a new generation of entrepreneurs, inspiring young and specifically under-represented entrepreneurs to follow in my footsteps,” said Bartlett.

Bartlett, founder and former CEO of social media marketing agency The Social Chain set up to company from his bedroom in Manchester. Today the group's two flagship companies, Social Chain and Media Chain’s current market valuation is over £300m (more than R5 billion).

In the first episode of the season, things get heated as a couple of 21st-century cheesemongers reveal they’ve sunk an astronomical sum of money into their new app; emotions run high as a hair-technician tangle with the fearsome five and; a Scottish entrepreneur presents a pint-sized gadget that he hopes will be big business.

If you are looking for reality TV that will get you moving and bring the sparkle back into your weeks then Strictly Come Dancing is for you! Catch famous faces, your favourite South African professional dancers – Johannes Radebe and Cameron Lombard – and judge Motsi Mabuse on BBC Brit every Sunday night at 19:00. The jokester - the one who loves a good laugh 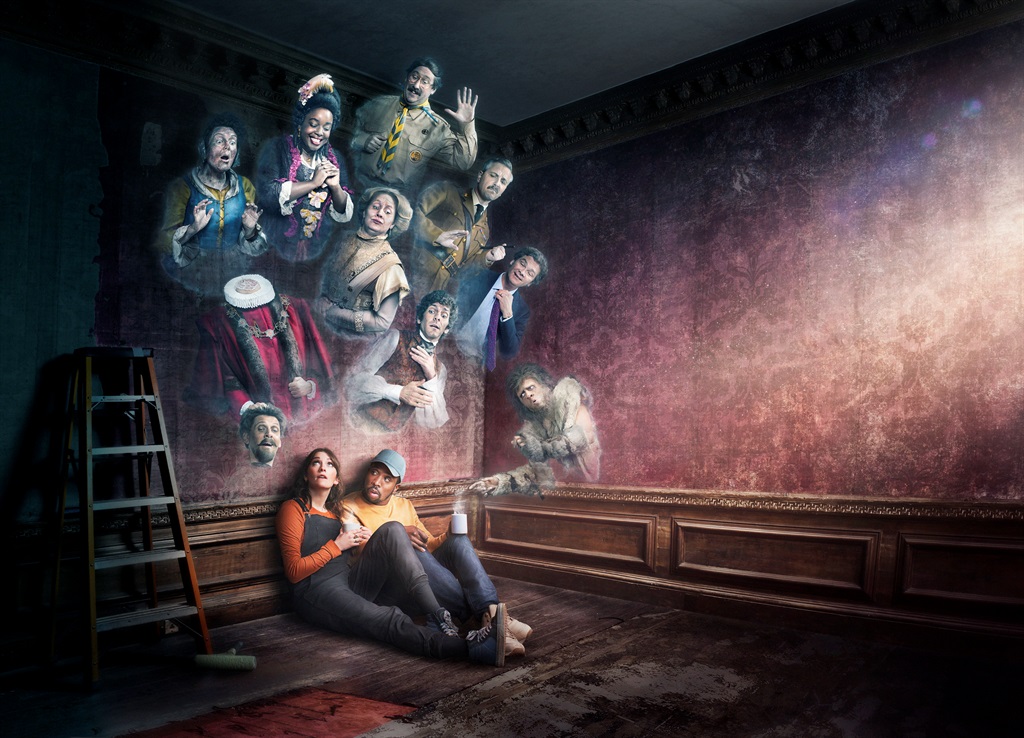 BBC Brit is no stranger to bringing the laughs and with the season premiere of the comedy Ghosts, ‘scary’ has never looked this funny.

The series follows Alison and Mike, a cash-strapped young couple struggling to buy their first home as they unexpectedly inherit a crumbling country mansion Button House. What they don’t know is that the house is home to restless spirits who’ve died there over the centuries and have been thrown together for eternity, resigned to squabble over mundane daily gripes. Their comedic chaos unfolds as Alison and Mike plan to turn the house into a bustling hotel, much to the distress of the home’s life-long guests.

The Drama Queen or King - the one who loves a thrill Miss Scarlett and The Duke S2 continues every Monday at 20:00.
Supplied

Miss Scarlett and The Duke S2 brings you all the drama you need and the tension of a “will they-won’t they” romance. We catch up with Victorian London’s first female detective Eliza Scarlet, played by Kate Phillips from Downtown Abbey, months after she and her partner in crime William “The Duke” Wellington, played by Stuart Martin from Game of Thrones, have solved her father's murder. While they still remain friends their romantic tension still lingers as they continue to solve crimes.

In this season we get to peel the layers and dig deep into the Duke's past and the life he has built for himself in London. We also discover something of his own childhood growing up in a workhouse in Glasgow.

Miss Scarlett and The Duke S2 continues every Monday at 20:00.

More drama can be expected on Fridays at 19:00 on BBC Brit with crime dramas Father Brown, Midsomer Murders, Death in Paradise and Shakespeare & Hathaway.

BBC Brit has something to keep all your primetime personas entertained and intrigued. Here’s what to look out for every night at primetime on BBC Brit.

This post was sponsored by BBC Studios and produced by Adspace Studio.

We live in a world where facts and fiction get blurred
In times of uncertainty you need journalism you can trust. For 14 free days, you can have access to a world of in-depth analyses, investigative journalism, top opinions and a range of features. Journalism strengthens democracy. Invest in the future today. Thereafter you will be billed R75 per month. You can cancel anytime and if you cancel within 14 days you won't be billed.
Subscribe to News24
Next on Life
The top trendy flagship smartphones for 2022