Would you spend R260 000 to look like Jennifer Lawrence? 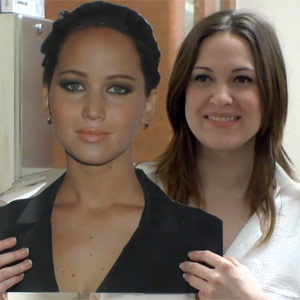 According to Gossip Cop, Kitty and Rosie want to look like their idols so badly that they’re willing to pay the price (and what a price it is!) of plastic surgery. Both these women have been compared to their favourite stars.

Kitty, a 30 year-old dog trainer, wife, and mother says people “on the street and at my workplace” often compare her to our favourite celebrity, Jennifer Lawrence.

Rosie says the same about herself and Fast and Furious actress Michelle Rodriguez.

But both women now want extreme makeovers to look even more like their favourite celebrities.

Check out this video of their transformation.

Share
Next on W24
As she turns 27, we take some advice from Miss Universe Zozi Tunzi, on fearlessness and imperfection