Angela Bassett on honouring her late mom, gym and inclusivity - 'Timing is everything' 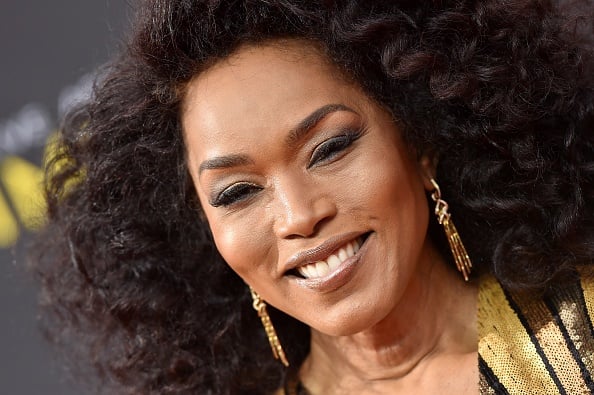 There was a time where black women did a lot of biographical stories and now, they’ve shifted. “Timing is everything, there was a time I knew everyone’s face, now I have to google them to know who they are and that tells me there has been great change and opportunity made available,” she says speaking to AP News.

READ MORE: Lizzo talks diversity: 'I am brown, I am black, I am curvy, and I am perfect

“I’ve just kept my head down and continued to work, continued to just try and find things that are of interest to me. I’ve just been very blessed to have an opportunity to work with people for that word to travel. With so many outlets and possibilities, there has been an opportunity for more and more inclusivity.”

When it comes to gym and keeping her body in shape and healthy, Angela puts in her share of effort.

“I don’t particularly love working out, but I know that it is important for me and I also have been told by doctors that my body type, my make-up and genetics love fitness,” she says.

READ MORE: Ashley Graham on how modelling gave her a platform - 'I own the narrative and I think that there’s something incredibly liberating about that'

“It seemed like a natural fit and very organic. A way to honour and pay tribute to my mother and to use my platform to get that message out, to get awareness out  there, to provide resources and information," says Angela who lost her mother due to heart problems related to diabetes.

It was very important, powerful and ground-breaking that these two organisations have joined forces to combat this situation.”

We live in a world where facts and fiction get blurred
In times of uncertainty you need journalism you can trust. For 14 free days, you can have access to a world of in-depth analyses, investigative journalism, top opinions and a range of features. Journalism strengthens democracy. Invest in the future today. Thereafter you will be billed R75 per month. You can cancel anytime and if you cancel within 14 days you won't be billed.
Subscribe to News24
Related Links
'I chose an inappropriate time to come out as queer' - Jameela Jamil on her disclosure
Tyra Banks praises Gabrielle Union for her authenticity after America's Got Talent exit
Lupita Nyong'o feels privileged but concedes that acting is a 'luxurious thing that comes with a...
Next on W24
Jennifer Garner warns teenage daughters to be cautious when it comes to cosmetic procedures