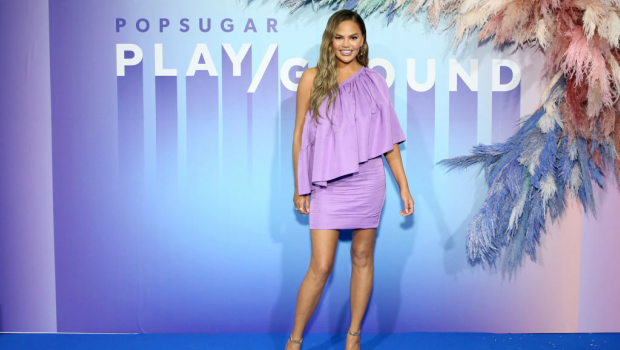 The 34-year-old model slammed online bullies for attacking others on social media, and has grown tired of them ruining her success too. “So many of you are little thieves or joy. You police what makes people happy until they don't wanna share anymore. You do it to me and I should be happy and successful enough to not have it bother me and it does. Imagine what you do to anyone else. That is super sad,” she wrote on Twitter.

Meanwhile, Chrissy previously revealed she has blocked one million followers on Twitter and has been badly affected by the accusations that she travelled on Epstein's private plane and had been part of his "pedo ring".

“I can't take my medicine right now either because of my surgery and other pills so they have no idea how hard this is to cope with. They won't stop until I die. I'm convinced of it. And even then they'll think of another conspiracy. I actually deleted 60,000 tweets because I cannot f** STAND you idiots anymore and I'm worried for my family.”

We live in a world where facts and fiction get blurred
In times of uncertainty you need journalism you can trust. For 14 free days, you can have access to a world of in-depth analyses, investigative journalism, top opinions and a range of features. Journalism strengthens democracy. Invest in the future today. Thereafter you will be billed R75 per month. You can cancel anytime and if you cancel within 14 days you won't be billed.
Subscribe to News24
Related Links
Chrissy Teigen shares breast implant removal video to prove she had it done
Chrissy Teigen plans to remove breast implants she got 14 years ago to feel more comfortable
Chrissy Teigen splashed out on a designer handbag so she could use a store’s bathroom
Next on Life
Lizzo declares she's in love with boyfriend Myke Wright