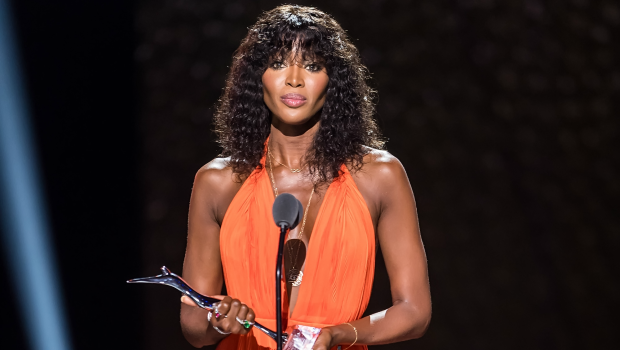 Naomi Campbell is "truly grateful and happy" to see more racial equality in the fashion industry.

The 50-year-old supermodel has said she has "never" enjoyed being the beauty industry's "token Black person" and can't wait to see more Black creatives both on the runways and working for fashion houses.

Naomi was speaking on Watch What Happens Live with Andy Cohen after Vogue magazine's editor-in-chief Anna Wintour issued a statement to her staff apologizing for "hurtful" and "intolerant" behavior at Vogue, adding that they would do better in the future to elevate Black creatives.

“Everyone used to think that you liked being the token Black person in the room,” she said. “It’s absolutely the opposite. I never did. And it needs to change from the boardroom to the seat. It needs to go right from the top through,” she says.

However, Naomi praised Anna for "fighting the powers-that-be" to get her on the cover of Vogue.

“Actually I think Anna Wintour has been very brave recently. She has admitted the fashion industry is too wasteful. And she also told me she had to fight with the powers-that-be to get me on the cover of US Vogue first time round, for which I am grateful,” Naomi adds.

We live in a world where facts and fiction get blurred
In times of uncertainty you need journalism you can trust. For 14 free days, you can have access to a world of in-depth analyses, investigative journalism, top opinions and a range of features. Journalism strengthens democracy. Invest in the future today. Thereafter you will be billed R75 per month. You can cancel anytime and if you cancel within 14 days you won't be billed.
Subscribe to News24
Related Links
Fashion must 'enforce inclusion', says supermodel Naomi Campbell
PICS | Nomzamo, Beyoncé and Naomi Campbell stun at virtual 2020 BET Awards - Plus, more top looks
Naomi Campbell wears lipstick when she works out at home in self-isolation
Next on Life
Lizzo declares she's in love with boyfriend Myke Wright