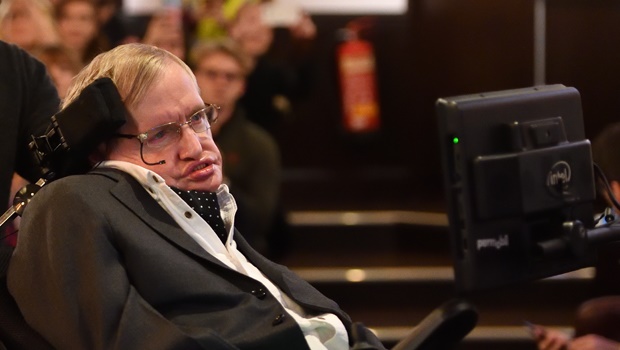 The theoretical physicist died at the age of 76 after more than half a century of struggling with motor neuron disease or ALS (amyotrophic lateral sclerosis), a disease which is usually fatal within a few years, according to CNN. He was diagnosed at 21 in 1963 and was only given a few years to live, but he defied the odds and went on to have an amazing career in science and become an author of several books like A Brief History of Time.

He wasn’t just brilliant when it came to black holes and the universe around us but also when it came to social issues. According to Huffpost, Stephen Hawking once schooled divisive journalist Piers Morgan on gender equality.

Morgan said to Hawking that due to the high number of high-profile women in UK politics, there is now “scientific evidence” of gender equality.

Luckily, Hawking didn’t laugh in his face and simply said “It is not scientific proof of gender equality that is required but general acceptance that women are at least the equals of men or better.”

He also acknowledged that there may still be a gap between women like German Chancellor Angela Merkel in high-profile politics and women in the private sector achieving status.

And if that isn’t enough proof of Hawking’s feminist agenda, when Morgan asked the scientist if he was a feminist, Hawking simply said: “Yes. I have always supported women’s rights.”

So if one of the smartest people in the known universe can count themselves as feminist, you should too.

“His passing left an intellectual vacuum in his wake,” tweeted Neil deGrasse Tyson. And we couldn’t agree more.

His passing has left an intellectual vacuum in his wake. But it's not empty. Think of it as a kind of vacuum energy permeating the fabric of spacetime that defies measure. Stephen Hawking, RIP 1942-2018. pic.twitter.com/nAanMySqkt

In a statement his children, Lucy, Robert and Tim, said: "We are deeply saddened that our beloved father passed away today.

"He was a great scientist and an extraordinary man whose work and legacy will live on for many years."

RIP Stephen Hawking. The world is a little poorer without you now.