All women look forward to the day they’re proposed to and it is usually once, unless you marry again.

For former Spice Girl, Victoria Beckham, getting engaged 14 times seemed ideal even after years of being married.

Victoria and David got engaged in 1998 and she got her first engagement ring, which is a 3 carat marquise-cut diamond set on a yellow gold band and reported by Daily Mail to be worth £65.000 (R1.2 million). According to Bustle, Victoria had some of the 14 rings bought herself, because when you have been a Pop star-turned-successful designer, changing clothes is a regular thing, so why not change your engagement rings as much as you change your clothes?

Victoria and David tied the knot on 4 July 1999 and a year after they got married, David exchanged her ring with a much simpler 7 carat band, made only of platinum and diamonds which valued at £20,000 (R376 000).

In 2003 Victoria moved away from the plain band to get back to her big dramatic diamond rock and upgraded to a central-emerald-cut diamond with tapering baguette stones worth £1.2million (R22.5 million).

The following year, she added some colour to her big rock. Spotted when attending the 19 Management's 19th Anniversary Party, she wore a pink champagne diamond valued at £700.000 (R14.3 million) in celebration of her 30th birthday gifted by David.

In 2005 Victoria added the most expensive ring to her collection, a 17 carat Chopard pear-cut solitaire ring worth £2 million (R37.7 million). 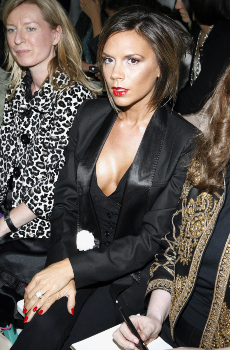 On her 10-year wedding anniversary, the fashion designer celebrated with a ruby red oval diamond ring amounting to £800.00 (R15 million) in 2009.

The following year she showed off a £450,000 (R8.4 million) blue sapphire when attending the Vanity Fair's Oscars party. Taking a break from changing her diamond bands from 2010 to 2015, she rocked a moonstone, reported to be the cheapest in her collection, valued at £20,000 (R188 thousand) - the stone is associated with spiritual healing.

The following year the tradition continued as the pop star went back to favourite diamond rings, wearing a square diamond ring valued at £110,000 (R2 million). 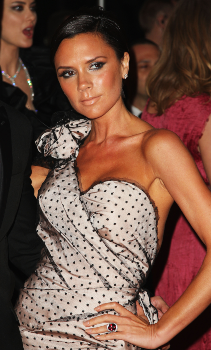 To end the tradition, Victoria skipped the year 2017 and last year wore a small yellow diamond set on a platinum band, estimated to be £120,000 (R2.2 million) when she attended a Dior show.

Would you change your engagement ring 14 times? Tell us here.

We live in a world where facts and fiction get blurred
In times of uncertainty you need journalism you can trust. For 14 free days, you can have access to a world of in-depth analyses, investigative journalism, top opinions and a range of features. Journalism strengthens democracy. Invest in the future today. Thereafter you will be billed R75 per month. You can cancel anytime and if you cancel within 14 days you won't be billed.
Subscribe to News24
Related Links
Cardi B and Offset called on priests to help save their 2-year marriage
Serena Williams and Alexis Ohanian celebrate their 2nd wedding anniversary and share...
Nicki Minaj gets married - plus, other odd celebrity marriages
Next on Life
Lizzo declares she's in love with boyfriend Myke Wright