Demi Lovato is engaged and we're in love with her ring – plus, other celeb's spectacular diamonds 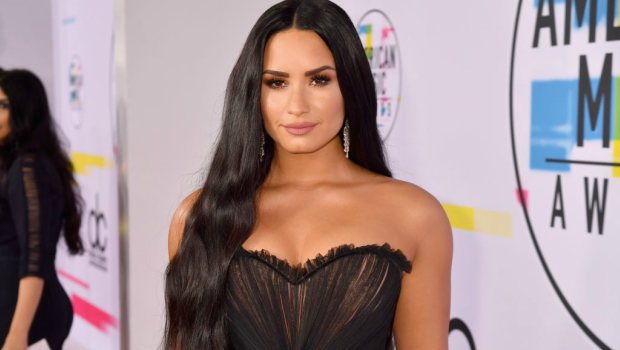 Great news hit the internet when Demi announced that she is officially off the market. Taking to Instagram, the singer and song-writer shared a series of photos at the beach accompanied by the announcement that she is engaged to soap opera actor, Max Ehrich.

Captioning the post she says, “I knew I loved you the moment I met you. It was something I can’t describe to anyone who hasn’t experienced it firsthand but luckily you did too. I’ve never felt so unconditionally loved by someone in my life (other than my parents) flaws and all."

When I was a little girl, my birth dad always called me his “little partner” - something that might’ve sounded strange without his southern cowboy like accent. To me it made perfect sense. And today that word makes perfect sense again but today I’m officially going to be someone else’s partner. @maxehrich - I knew I loved you the moment I met you. It was something I can’t describe to anyone who hasn’t experienced it firsthand but luckily you did too.. I’ve never felt so unconditionally loved by someone in my life (other than my parents) flaws and all. You never pressure me to be anything other than myself. And you make me want to be the best version of myself. I’m honored to accept your hand in marriage. I love you more than a caption could express but I’m ecstatic to start a family and life with you. I love you forever my baby. My partner. Here’s to our future!!!! ?????????? Ps. THANK YOU @angelokritikos FOR HIDING BEHIND ROCKS AND CAPTURING THE ENTIRE THING!!! I love you boo!!!

The pair began dating in March this year and have been quarantining together since the pandemic began. Dressed in a white dress, red lips and diamond rings, Demi showcased her gorgeous classic and timeless engagement ring. The emerald-cut ring by Rodeo Drive based jeweler, Peter Marco looks to be set in platinum, is surrounded by what appears to be two pentagonal-cut stones costing over $250, 000 (about R4 million). This type of stone is popular among celebrities, including Beyoncé and Sarah Jessica Parker.

J.Lo’s most recent diamond engagement ring has been estimated to cost about $1 million (R14.3 million), with some speculating $5 million dollars.

Watch how other A-list engagement ring values compare to this amount:

We live in a world where facts and fiction get blurred
In times of uncertainty you need journalism you can trust. For 14 free days, you can have access to a world of in-depth analyses, investigative journalism, top opinions and a range of features. Journalism strengthens democracy. Invest in the future today. Thereafter you will be billed R75 per month. You can cancel anytime and if you cancel within 14 days you won't be billed.
Subscribe to News24
Related Links
Man proposes to his girlfriend with six rings
How much experts predict Hailey Baldwin's engagement ring from Bieber costs
Kensington Palace announces details about Meghan and Harry's rings
Next on W24
Zendaya is glad her fans respect her boundaries after growing up together