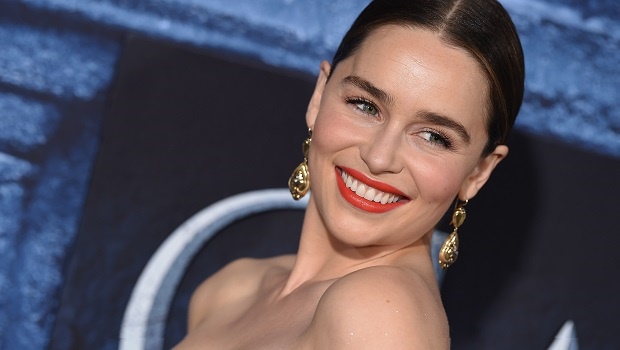 Emilia Clarke at the premiere of HBO's 'Game Of Thrones' Season 6 at TCL Chinese Theatre.

As Game of Thrones is coming to an end, Emilia Clarke shared a heartfelt Instagram post about the show.

Emilia Clarke plays the role of Daenerys Targaryen who is also known as the Mother of Dragons and Khaleesi. Her post finally made it sink in that the next season will be the last and now we remember the big moments the women in GOT outwitted, outsmarted and out-performed their male counterparts.

Hopped on a boat to an island to say goodbye to the land that has been my home away from home for almost a decade. It’s been a trip @gameofthrones thank you for the life I never dreamed I’d be able to live and the family I’ll never stop missing #??#lastseasonitis

1. They never let a man fight their battles

Lady Lyanna Mormont is a dynamite of a character. At her young age she unashamedly put grown men in their place with her infamous line "I may be small. I may be a girl, but I won’t be knitting by the fire while I have men fight for me."

She challenged the role of being a woman (that men had conceived) and made sure that her voice was heard. Her assertive nature is something to aspire to. She falls within the parameters of characters such as Arya Stark and of Brienne of Tarth. Least we forget the of Mother of Dragons who conquered nations.

Her act in making sure that the slaves at Slaver's Bay were rescued is commendable but when you look at where she came from you get a chance to understand why she hated slavery and the slave masters.

Daenerys was basically sold into slavery herself by her brother. He gave her to Khal Drogo in exchange for an army to reclaim the Iron Throne but it was Daenerys who came out on top and she made sure that other people did not suffer the same fate as she did.

3. Giving up was never an option

We could list all the characters that simply never gave up or lost hope but that would take forever. Arya Stark made sure that she would do whatever it took to kill everyone that was on her list and avenged her family. She stuck to her guns. How about when she didn't allow her blindness stop her from achieving her goals, or when she disguised herself as a boy to survive? Nothing could get this girl down.

There is also Cersei Lannister who has always wanted to rule the Iron Throne and even though her character is not a favourite for some, you have to admit that fighting tooth and nail, being humiliated, spit on and shamed by people on the streets would have been a breaking point.

Despite all that, Cersei came out on top to become the Queen of the Seven Kingdoms because who dares oppose a woman who has gone through so much humiliation and still stands strong and confident. Take your throne sis!

READ MORE: “Calm down, Beyonce!” Hurricane Bianca and 7 other LGBTQ+ movies that will keep you entertained this weekend

4. They were strong warriors

Brienne of Tarth once said, "All my life men like you’ve sneered at me, and all my life I’ve been knocking men like you into the dust." And as the only female knight - she continued to knock men into the dust. She is joined by skillful warriors such as:

WATCH: Brienne of Tarth vs the Hound

5. They were forces to be reckoned with

All these women are great obstacles for the male characters. There is no doubt that the male characters both fear and admire them. They are ambitious, strong, courageous and they are smart. They never do things impulsively and everything do has a purpose. Most of all they worked hard to be in the position they are in today.

We live in a world where facts and fiction get blurred
In times of uncertainty you need journalism you can trust. For only R75 per month, you have access to a world of in-depth analyses, investigative journalism, top opinions and a range of features. Journalism strengthens democracy. Invest in the future today.
Subscribe to News24
Related Links
When Star Wars fans turned into bullies
6 mind-blowing fan theories that will change the way you see your favourite movies forever
5 African movies by women directors you should watch today
Next on W24
Top 10 greatest must-see fashion films for every style enthusiast

Subscribe to newsletters
Voting Booth
Have you ever purchased a fake luxury/designer item?
Please select an option Oops! Something went wrong, please try again later.
Yes, I believed it was authentic
7% - 164 votes
Yes, I didn't want to spend that much money on the original item
21% - 506 votes
No, I always shop at reputable stores
14% - 346 votes
No, I don't wear designer clothing
59% - 1433 votes
Previous Results
Fashion
Five intellectual fashion statements from history that anticipated today’s dark...