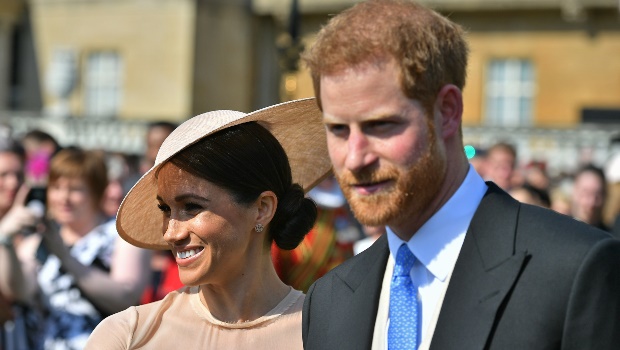 Once an actor on the small screen in a successful TV show, now wife to a prince and jetting around the globe on her royal duties, Meghan’s life sure has changed since she got hitched in May.

Now it’s about to change in yet another way since a new report suggests that the Queen has gifted the couple a new home to envy all starter homes.

According to the Daily Mail, Adelaide Cottage has been given to the newlyweds by Queen Elizabeth after the couple viewed the property and liked it.

READ MORE: Muhammad Ali’s Michigan estate is up for sale – here’s what it looks like

Harper’s Bazaar confirms that the home is situated on the eastern side of the Windsor Castle grounds in Windsor, England, not far from where the couple got married in May.

The cottage underwent renovations in 2015 and is described as “picturesque” by the heritage organisation Historic England.

The main bedroom reportedly has a coved ceiling with gilded dolphins and rope ornament from a 19th Century Royal yacht. Plus, there’s a marble Greco-Egyptian fireplace.

READ MORE: WATCH: Would you pay R260 million for a piece of furniture?

And Meghan and Harry don’t have to worry about their privacy as there are seven gated entrances to the cottages so they can come and go without worry of being photographed.

The cottage is a Grade II listed property, which means it has special architectural or historic interest, and is considered to be of national importance. Therefore, it cannot be demolished and is protected by law.

Official photos of the cottage have not been released, but this Instagram account seems to have one of the only pictures of the outside of the cottage.

Related Links
Meghan Markle wore an oversized Ralph Lauren shirt to Wimbledon - what it really means
Has Meghan Markle changed her accent? People debate her 'new British accent'
WATCH: How Meghan Markle takes care of her skin
Share
Next on W24
31 small changes you can make to use way less plastic