OkCupid uses a complex algorithm to match you up with someone who will be perfect for you. Graphic: James O'Connell, OkCupid

“So, when are you finally going to get a boyfriend?

”My cousin smirked at me over her glass of wine as I glared at her. It wasn’t the first time she’d asked me the question, and it wouldn’t be the last. It had become a ritual of ours at family gatherings. I took a large sip of my own wine before responding.

“First, it’s none of your business whether I date or not.

Second, I’ll date someone when I meet someone worth dating.”My cousin was right about one thing, though: it had been some time since I had a long-term relationship. Meeting someone with whom I thought I would enjoy spending a prolonged amount of time was proving to be quite a challenge.

Admittedly, I had a checklist. 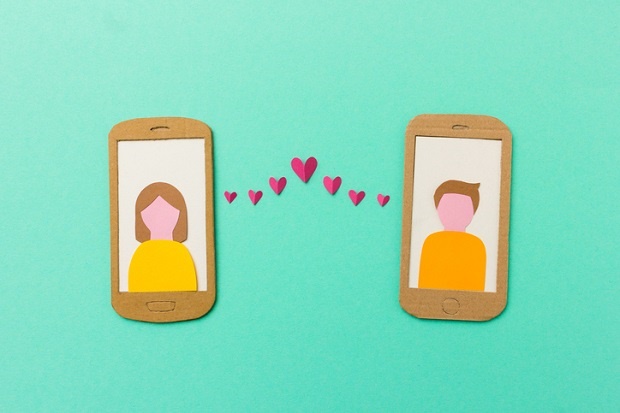 READ MORE: Are you playing the game that’s causing 5% of all divorces in the UK?

But I thought it quite straightforward, and it’s not like I was asking for anything particularly outlandish.

It was the usual: I was looking for someone kind, considerate, thoughtful, and can make me laugh. They must love dogs; be totally okay with a dog sleeping in the bed; and must be geek and a prolific gamer.

That’s not asking too much, is it? Oh, and they need to ascribe to feminist values; must be anti-racist; and must be on the “progressive” side of the political spectrum. Alright fine, I guess that’s asking a lot - and my tumultuous dating history seems to confirm as much.

Meeting someone organically and IRL just wasn’t going too well for me, so I warmed to the idea of online dating. Some of the dates were fun, but most ended somewhat disastrously and invariably I was left asking: “Why didn’t I just swipe left?”

I’d tried meeting like-minded people on social media like Twitter and Facebook, but I found that I needed a platform that would root out poseurs and help me find people who really shared my interests.

It was then that I found the dating website, OkCupid, which definitely spruced up my dating life.And while I was eventually lucky enough to find someone for me on OkCupid, that doesn’t mean there weren’t some… “interesting” dates along the way.

A harrowing experience was with someone I’ve decided to call “the grungy guy”.

I met the grungy guy soon after joining OkCupid for the first time.

He almost 20 years my senior, but despite the age gap I found him intriguing and soon we exchanged numbers and went on a few dates. Things seemed to be going well, although there were a few red flags.

READ MORE: Guys on Tinder keep asking me how tall I am

For one, the grungy guy hadn’t been in a serious relationship for almost 10 years.“I just haven’t found anyone who can take my shit,” he told me with a chuckle, and being pretty full of it myself, I didn’t think much of his comment.

What I didn’t realise though, is just how literally he meant that, and the reason for his being so single for so long became abundantly clear when he invited me over to his place for a dinner date.I could smell his apartment long before I walked through the front door, and once he opened the door for me the full bouquet of smells welcomed me in.

READ MORE: "I'm a Tiffany Haddish and being aggressive when it comes to dating works for me"

I made the mistake of trailing a particularly pungent smell to the microwave, and opened it to find the forgotten, rotting and unidentifiable remains of what I hoped once was a microwave meal.

I could feel the colour drain from my face and my gag reflex started to kick in, but thought: “If this is the state of his kitchen, what does his bathroom look like?” I opted to instead feign a family emergency, and politely (but very quickly) made my egress from the apartment.

I’ve had my fair share of disappointing dates and dissatisfying hook-ups during my time on OkCupid, though the platform did improve my odds of finding someone with whom I could get along (at least for a little while) as OkCupid’s algorithm and functionality evolved.

So, after a two-year hiatus from the site, I created an all-new profile and decided to give it another try. Within a week of being back on the market, my inbox was inundated with messages – most of them lovely and thoughtful. I went on a couple of dates, but unfortunately neither of them really clicked for me.

It was finally on date three that I met my match (as it were). After more than a week chatting on OkCupid, my guy and I exchanged numbers and organised for our first date to be at a popular Jozi restaurant for lunch on a Saturday.

READ MORE: This woman tricked dozens of her Tinder matches into competing for her

It went well even though we were both anxious. We really connected when he first came to my place though.When he arrived he’d not only brought with him a lovely bottle of red, but also had a box of KFC pops which solicited a quizzical look from me.

“I know how important your dog is to you, so it’s important to me that she and I get along.” I raised my eyebrows in response, impressed at his willingness to bond with my demon hound. And as expected, she fell in love with him from the first pop, and with that he gained both of our approval.

(Now whenever my guy comes over and tries to kiss me, my dog gets jealous and whines for his attention.)

In the weeks to follow I discovered just how considerate and thoughtful my guy really is, and it’s not just because he gave me potted roses just because they were my favourite colour. He’s also fastidious about cleaning the dishes which, considering grungy guy, is a godsend.

I was also thrilled to discover that my guy also plays one of my favourite computer games, Overwatch, and when we can’t meet IRL, we spend hours at a time gaming together.

And while it’s only been a short while that my guy and I have been together, I’m happy. I’ve never felt as supported and cared for by a partner before, and I’m hopeful that we will continue getting to know one another for a long while to come.

How does OkCupid work?

As far as dating platforms go, OkCupid uses a relatively complex (but simple to use) system to match up its users – a system much more advanced than Tinder’s simple “swipe left” or “swipe right” functionality.

Instead, OkCupid asks its users various questions, the answer to which can be set as “irrelevant” or “very important”. Using these answers and their ranking in importance, OkCupid’s algorithm then calculates how well its users match and presents a percentage figure on each user’s profile.

While extremely effective, the algorithm requires users to fill in as many of its questions as possible to generate the best matches, and there are literally thousands of questions.These questions can range from insightful and crucial to extremely bizarre. More vital questions include issues of abortion, contraceptives and the LGBTI community, for example, where I ranked the answers to these questions – “pro-choice”; “no, homosexuality is not a sin”; and “yes, contraception is a right” – as “very important” in a match for me.

The more bizarre (and often hilarious) questions include examples like “How does the idea of being slapped hard in the face during sex make you feel?” and “If your sexual partner was about to climax and asked you to squeal like a dolphin, would you do it?”

We live in a world where facts and fiction get blurred
In times of uncertainty you need journalism you can trust. For only R75 per month, you have access to a world of in-depth analyses, investigative journalism, top opinions and a range of features. Journalism strengthens democracy. Invest in the future today.
Subscribe to News24
Next on W24
'Tell the man you love him. Shoot your shot', they say, but why are women afraid to do it?

Subscribe to newsletters
Voting Booth
Have you ever purchased a fake luxury/designer item?
Please select an option Oops! Something went wrong, please try again later.
Yes, I believed it was authentic
7% - 427 votes
Yes, I didn't want to spend that much money on the original item
20% - 1250 votes
No, I always shop at reputable stores
13% - 802 votes
No, I don't wear designer clothing
60% - 3692 votes
Previous Results
Fashion
Clashing colours, striking patterns and prints make a Rich Mnisi collection with...