Tired of being the "placeholder" or a "gateway drug" to your ex's next relationship? The more you respect yourself, the happier you'll be

You know, the one where every woman the protagonist gets involved with ends up finding true love shortly after ending their relationship with him?

Turns out, this man and I had more in common than I thought.

I realised my love life was becoming a continuous cycle of meeting someone, hitting it off, having an amazing time in each other's company only to get hit with the, "I'm not ready for a relationship."

Lo and behold, they get into one shortly after, just not with me.

I felt like I was kept around to kill time with until someone they deemed worthy came along; a gateway drug until they were hooked on someone new.

I began to think it was a curse of some sort, until a quick Google search made me realise “Good Luck Chuck syndrome" was something other women resonated with.

With a little introspection (and a lot of time listening to my 'sad playlist'), I knew something had to change if I wanted to end this vicious cycle.

Here's what I discovered as some of the reasons for being the “Good Luck Chuck” and how to never end up there again:

I get a kick out of being the "cool girl", the one that's "understanding" and too aloof to show pain by their efforts not being matched.

Text me back days later? "You're busy, I understand"

Asked to run me over with your car? "Sure! How much petrol money do you need?"

As the infamous Gone Girl, “Cool Girl” monologue puts it, “Cool Girls never get angry; they only smile in a chagrined, loving manner and let their men do whatever they want.

READ MORE: Breezing is the latest dating trend we might just be okay with

Ignoring red flags and acting unbothered by things that definitely bother you only makes it seem okay for the other person to keep doing it.

At some point you're going to have to speak up. You really do teach people how to treat you.

I cringe just thinking about some of the things I've put up with in the past; I'm sure many can relate. Don't get me wrong, men should be held accountable for their wrongdoings, but the more you accept the BS that's handed to you, the more BS you'll be fed.

Sometimes we accept things we don't deserve because we're scared of losing something with so much potential. And what good is potential if not reached for?

Honestly, if you feel the need to stay in a situation in hopes of what “could be”, just run for the hills. It will make up for all that time you skipped gym too. You're so much more than a "meantime" thing.

READ MORE: Are you self-sabotaging your next possible relationship?

It's easy for your self-esteem to take a knock when you're constantly feeling unappreciated. Soon enough you may start to believe it's what you deserve.

You are so much more than someone to kill time with. You are the main event, not some opening act that makes everyone go, “who?”

Will these discoveries guarantee future relationship success? Perhaps not, but hopefully it will steer you away from the ones who make you feel like you're just good enough for the time being.

Share
Next on W24
Dating someone your age? Here’s everything you need to know according to an expert 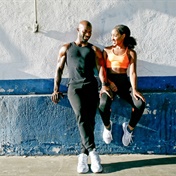