Stephanie Alicea and Hector Alicea believed that constricting their love to themselves was acting selfishly, so they invited Carissa Barclay into their marriage. Photo courtesy mediadrumworld.com / @poly.in.pa/ Magaziine Features

For them, polyamory is being able to share love and intimacy with a third person in an authentic way. They began searching Facebook Dating for a suitable partner.

READ MORE: Woman lives with her husband and boyfriend whom she met on a dating site 4 months after marriage

The duo came across the profile of receptionist Carissa from Florida, who stated on her profile that she was very much open to joining a triad relationship, so they decided to reach out to her. After a two-hour initial meetup in Starbucks, the trio knew that the chemistry was there for something beautiful to flourish. Within a short few months, the trio had fallen deeply in love, and Carissa and her three children - Gavin (9), Sawyer (6), and Hayden (3) - from her previous marriage moved in with Stephanie and Hector.

The triad has been inseparable since. Stephanie Alicea and Hector Alicea are happy they invited Carissa Barclay to be part of their family. All images courtesy mediadrumworld.com / @poly.in.pa/ Magazine Features

However, the new set up hasn't been without its unique challenges. For Carissa, joining a ten-year marriage has been the most challenging part of adapting to her new lifestyle as Stephanie and Hector have a long shared history.

As a result, jealousy naturally has arisen, although the trio says that their excellent communication has not led to this becoming an overwhelming issue.

The trio has also had a mixed response from their families, with Hector's mum unhappy with her son's untraditional relationship. Stephanie has even had to cut ties with some extended family who disagree with the triad's polyamory.

READ MORE: A dating pool full of wokefish: How to spot one and release it from your net before it bites yo

While the trio's children have primarily adapted well to the change, Stephanie and Hector's eldest child, Zoey (12), has found it harder to adjust with three new siblings and a new parent in the house.

Sharing space with four new people - notably the addition of three younger siblings - has been a shock to the preteen system. 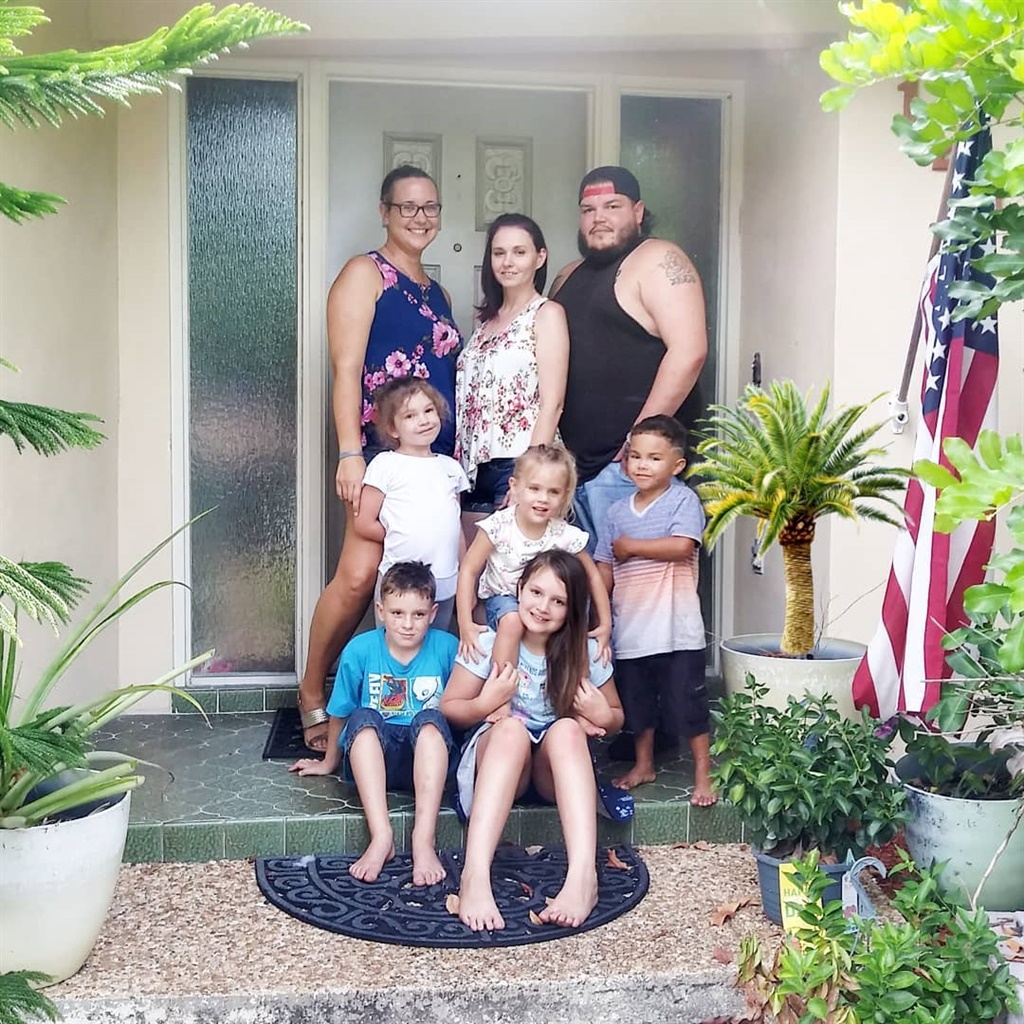 When out, the couple often get bemused stares from strangers while online they have received some negativity from trolls who have responded to Stephanie's pictures and Carissa kissing with vomiting emojis. "Polyamory to us as the capacity to love more than one person intimately and authentically. We are all equal partners, equal lovers, and have fidelity within the triad," Stephanie says.

Stephanie has had to let go of a couple of family members. It's sad, but it's their choice. "My parents are coming to terms with it, and my brother really couldn't care less. My friends are happy for me. They know I've had some pretty toxic relationships, and they are thrilled to see me treated so well," she says.

"When we're all out together, people look at us with confusion and curiosity mixed with a little amusement - sometimes approval, sometimes displeasure, but mostly just a lack of understanding," says Hector. "I think we are all pretty good about talking about our feelings when they arise, including jealousy. We aren't immune to it. We just work through it. Great communication is vital in a throuple relationship."

Although the trio has luckily avoided too much negativity online, they think that there is definitely a misconception that throuples are automatically promiscuous - something that couldn't be further from the truth.

"We want people to understand that our relationship is not like the depictions of polyamory in the media," Hector says. "We are a closed triad, meaning we are not seeking additional partners and not having relationships outside of the triad. This isn't about sex - we aren't swingers, although there's nothing wrong with that. Our relationship is real, it's valid, and it's our normal."

We live in a world where facts and fiction get blurred
In times of uncertainty you need journalism you can trust. For 14 free days, you can have access to a world of in-depth analyses, investigative journalism, top opinions and a range of features. Journalism strengthens democracy. Invest in the future today. Thereafter you will be billed R75 per month. You can cancel anytime and if you cancel within 14 days you won't be billed.
Subscribe to News24
Next on Life
Women are more likely to identify as bisexual – can research into sexual arousal tell us why?