Finally, a study reveals what women actually want from their partners - and it's surprisingly simple 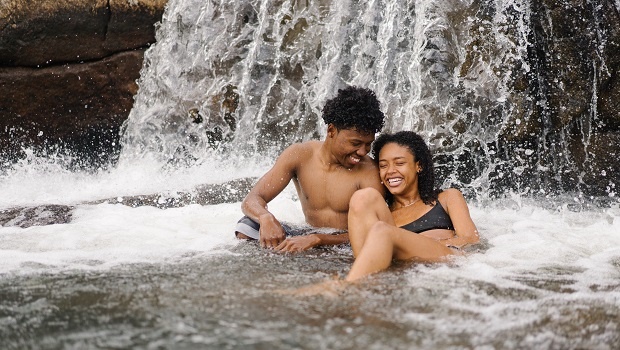 Turns out women are way less complicated than we were made out to be.

And now a study conducted by social science researchers at the University of Göttingen in Germany and the female health app, Clue, used data gathered from 64 000 women who come from 150 different countries to finally reveal the world’s best kept secret.

One may say to call it the world’s best kept secret a bit of an overstatement, but as women we must admit, sometimes even we don’t know what we want.

Which is why when I came across this New York Post article my interest was immediately sparked, because honestly, I'd love to hear the solution to this age old mystery?

The answer however, surprisingly, is just someone who treats them well.

In simpler terms, the number one thing most women in the study could agree on about what they wanted most from their long-term partner is kindness.

Religious, political views and height preference were all among the questions posed at the women who mostly considered themselves heterosexual, although New York Post reports that queer and bisexual women also participated in the study.

Coming in at a staggering 90 percent vote from the women whose ages ranged between 25-29 and some 3,800 of the participants, over the age of forty, was the need for kind treatment from their partner, the study reported.

I must admit when I first began reading the article I had expected something like wealth or a decent height to take the number one spot.

I am however pleasantly surprised that it’s something as simple as kindness.

Following closely behind kindness is supportiveness at 86,5 percent, while intelligence, level of education and confidence finished the top five things most women would like from their partners.

While these were the findings of the study in general, when closely examining the stats, researchers found that American, Mexican, Japanese and Colombian women valued financial security more than women from other countries.

The study also found that around 90 percent of the women wanted a partner who was taller than them.

They also reported that the women preferred men with short haircuts as opposed to the long haired gent always pictured as a women’s dream in those nineties movies.

Only 25 percent of them said that their partners’ religious views were important to them.

The researchers, not wanting to completely leave men out of the equation, also asked some 700 men to complete the survey and found that men’s desirable traits that they wanted from their partners were surprisingly nearly identical women's.

The only difference was instead of confidence at number five as with the women, men preferred a long-term partner with ambition.

A small number of men did however share some similarities with lesbian women who completed their top five with a need for average breasts, an average butt and an attractive back.

What is the one desired thing you want from a long term partner? Do you feel like this study is accurate?

Do you agree with the results of the study? Let us know here.

We live in a world where facts and fiction get blurred
In times of uncertainty you need journalism you can trust. For 14 free days, you can have access to a world of in-depth analyses, investigative journalism, top opinions and a range of features. Journalism strengthens democracy. Invest in the future today. Thereafter you will be billed R75 per month. You can cancel anytime and if you cancel within 14 days you won't be billed.
Subscribe to News24
Related Links
I went on 3 different dates with 3 different guys in 1 day - this is what I learnt
7 things all healthy relationships need to thrive
How much do class differences matter to you when it comes to romantic relationships?
Next on Life
How much does a divorce cost? Hard to say but an attorney shares what you can expect