'I think my boyfriend is gay, how do I ask him?' - tips on talking about sexuality with your partner 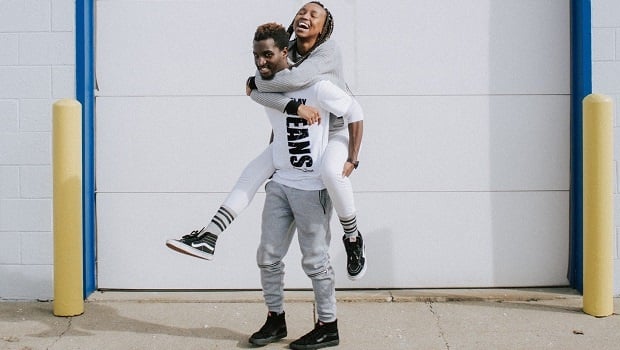 Deciding whether or not to trust your intuition in a relationship is so hard.

For most of us, that feeling almost always turns out to prove our instincts right which is why the urge to get to the bottom of things can be very strong.

This can be particularly true when it comes to relationships or loved ones.

In these instances however, it’s just not that simple to address issues, especially when the subject is a very sensitive person.

Casey Nkosi*, a 25-year-old accountant finds herself in a similar predicament with her 30-year-old boyfriend Taylor Mona* who she suspects is gay.

Casey says although theirs is a very loving relationship, some of her partner’s behaviours and mannerisms (and even comments directed at other men) are just not like any straight guy she’s ever been with.

She also says, whether or not he is gay, she still loves him and just wants the best for him.

READ MORE: "I found out my boyfriend has been seeing someone else for 7 years and I'm okay with it" – Here's why I chose polyamory

“I met Taylor a few years ago and he was just not like any other guy I had ever been with.

He has always been extra careful to make sure all my financial and emotional needs are met and I love him for it.

Unfortunately I can’t say the same about our sex life.

While we do have sex, it happens about once every two weeks at my request, and it’s not very exciting. He also complements men and their appearance when we watch TV together, but he never says anything about women.

He cares more about his weight and appearance more than I do mine (and I care quite a lot), but this has never really caused me to question his sexuality. That is until he made a very strange comment about a mutual friend of ours.

His exact comment was, “he has such a sexy backside”. I just found the choice of words strange.

A few days ago he also asked if he could "try on my underwear, just to see how it'd look".

At first I laughed it off but after thinking about, there are so many signs that he may be gay but just not comfortable coming out, this is something my very own sisters have said many times also.

This could possibly be because his family is very religious and he would have a lot of negativity from his family if he were to come out as gay.

I don’t want to jump the gun or upset him, but I would like him to open up to me about it. How can I do this without insinuating anything or coming across the wrong way?”

Shelley says if Taylor is indeed gay and he won’t admit it to himself, it will be near impossible for him to tell his girlfriend.

She says as a woman in a similar situation, you should do some introspection and ask yourself whether or not you are ready to be in a relationship with a partner who is potentially gay or bi-sexual.

“Regardless of whether he ‘appears’ homosexual, his behaviour towards you as his partner is the most important. If you state your sexual needs and preferences he will respect your boundaries in the bedroom if he is a quality partner,” she says.

READ MORE: ‘My boyfriend uses me to get drinks at bars – should I leave him’

You need to address what you find problematic with your partner's behaviour and address that as opposed to assuming he is gay because this becomes problematic.

“The label ‘gay’ is unhelpful, rather describe to him the activities that are unacceptable to you. You need to address and confront or challenge the behaviours that you are not willing to live with.”

Have you ever had a strange feeling about your partner but were unsure how to deal with it? Do you think you would stay or leave if this was the case?

We live in a world where facts and fiction get blurred
In times of uncertainty you need journalism you can trust. For only R75 per month, you have access to a world of in-depth analyses, investigative journalism, top opinions and a range of features. Journalism strengthens democracy. Invest in the future today.
Subscribe to News24
Related Links
‘My boyfriend uses me to get drinks at bars – should I leave him’
'I’m in love with a gay married man who has a wife – what do I do? '
"I found out my boyfriend has been seeing someone else for 7 years and I'm okay with it" – Here's...
Next on W24
Ever wondered why he is really with you? Science says it's because you remind him of his mom