They had a mutual friend who was in Thandeka’s class and lived around the same residence as Randolph.

Thandeka would see Randolph only when they were both spending time with this mutual friend. After a while, Randolph followed Thandeka on Instagram, and she says he DM’s her “the corniest message” before asking for her cell number.

It was on WhatsApp that Randolph asked her on a date, which was in June 2015. Their first date was filled with “natural chemistry,” but unfortunate timing led to them not speaking for four years after that first date. 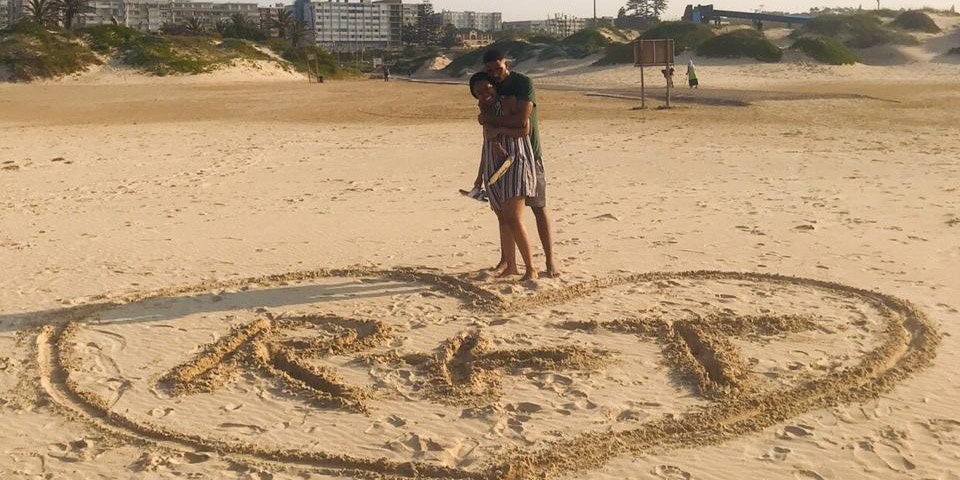 READ MORE: Woman surprises partner with wedding after 5 years of being engaged - 'I never for a second worried that Daniel wouldn’t love this'

Thandeka reached out to Randolph after she saw a family bereavement on their mutual friends’ social media. He accepted her condolences but also wanted to make up for lost time with her. They officially started dating on 24 February 2019.

They knew they loved each other in the first week they spent together and Thandeka says the only reason they aren’t getting married now is because he is working on getting his business off the ground. “We want to be comfortable in our careers,” she says.

See the emails below:

Here is his initial request: 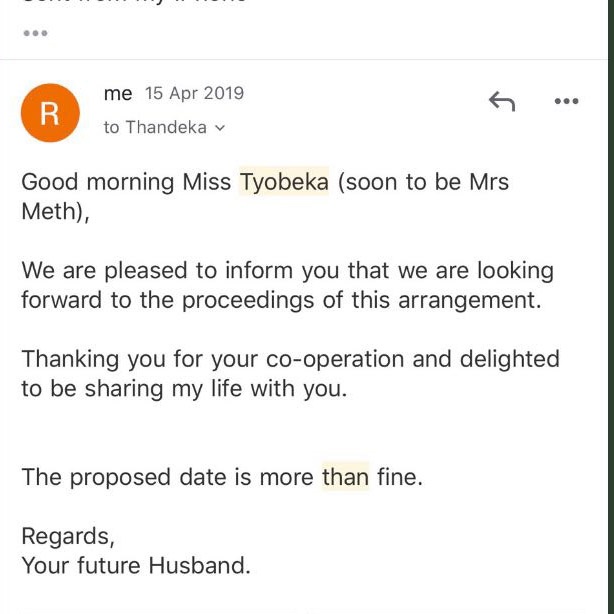 Twitter users were so touched by the sweet gesture that they started sharing the emails and congratulating the couple.

The couple is now living at a place that's officially their own - not the initial place where Randolph had invited Thandeka as they moved out of that place last November.

“Marriage is certainly something on the cards,” says Thandeka. When Randolph asked to post these emails, Thandeka didn’t expect it to get the kind of traction it did.

“I thought it was just going to between our mutual friends,” she says.

Have you ever received a heart-warming gesture of love? Share your story with us here.

All images supplied by Thandeka Tyobeka.

We live in a world where facts and fiction get blurred
In times of uncertainty you need journalism you can trust. For 14 free days, you can have access to a world of in-depth analyses, investigative journalism, top opinions and a range of features. Journalism strengthens democracy. Invest in the future today. Thereafter you will be billed R75 per month. You can cancel anytime and if you cancel within 14 days you won't be billed.
Subscribe to News24
Related Links
Wedding called off after groom’s father and bride’s mother elope
Failed marriage proposal: 'I guess you wanna get married now?’ – Why these 6 women didn't marry...
Woman surprises partner with wedding after 5 years of being engaged - 'I never for a second...
Next on W24
Hugs from romantic partners reduce stress in women but not in men, study says