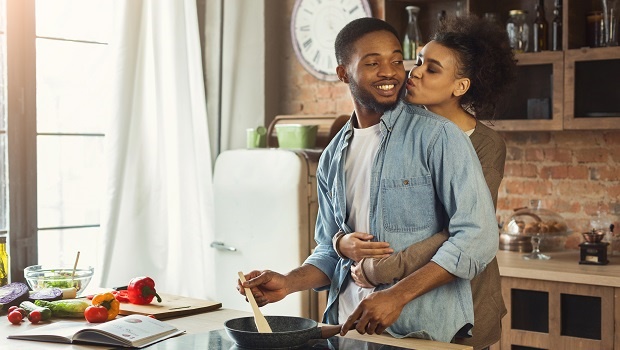 What would you do if you found out that the only reason you ended up in a four-year-long marriage with your partner was because he lost a bet with his colleagues and as a result was obligated to take you out on a date as “punishment”.

For this Reddit user, she does not have to imagine.

The unnamed woman took to the community chat app to explain how she recently bumped into her current husband’s ex-colleague while shopping.

But not before explaining that she had met her husband while working in different departments at a law firm.

The woman describes how she, 'an average looking woman' was approached by her above average attractive colleague during a Christmas party at the firm.

While she was taken aback by him speaking to her, she was equally flattered, and so she agreed to go out with him.

Thereafter she and her unlikely suitor enjoyed one another’s company and went out a few more times.

READ MORE: East London woman shares her awful experience as a young widow: ‘Have a valid will!’

According to her, eventually the two of them developed feelings for each other and were soon dating.

The relationship was two years long when the pair decided to tie the knot.

She also describes how being with him helped evolve her style and confidence.

It was only after she bumped into an ex-colleague who asked her about her husband, not knowing that the two are now married, that she learnt the hurtful truth - six yeas after the 'bet'.

Taken aback by the news that the two married, the ex colleague casually said, “wow, I can’t believe he (the husband) actually went through with the bet”.

He then explained to her that six years earlier her husband had lost a bet in the office. His punishment: to go on at least four dates with her.

Naturally affronted, the woman describes how she yelled at the man who apologised profusely after realising he had upset her.

Obviously confused about whether she still had the right to be upset about what she just learned, she turned to Reddit for some closure.

While many users questioned the authenticity of her story, others advised her to forget about it, because her partner obviously fell for her, regardless how the relationship began.

But what do you think? How would you handle finding out that you were married as a result of a lost bet?

Should she confront her husband or let sleeping dogs lie?

Sign up to W24’s newsletters so you don't miss out on any of our hot stories and giveaways.
We live in a world where facts and fiction get blurred
In times of uncertainty you need journalism you can trust. For 14 free days, you can have access to a world of in-depth analyses, investigative journalism, top opinions and a range of features. Journalism strengthens democracy. Invest in the future today. Thereafter you will be billed R75 per month. You can cancel anytime and if you cancel within 14 days you won't be billed.
Subscribe to News24
Related Links
Ayanda Ncwane on finding love again and honouring Sfiso Ncwane
East London woman shares her awful experience as a young widow: ‘Have a valid will!’
5 celeb breakups that have truly shaken social media users
Next on W24
'I left my husband of 18 years. I felt unloved': Why some marriages can't be saved while others can