Is my vulva normal? Not all genitalia look the same, and we’re trying to teach teenagers that (Explicit content) 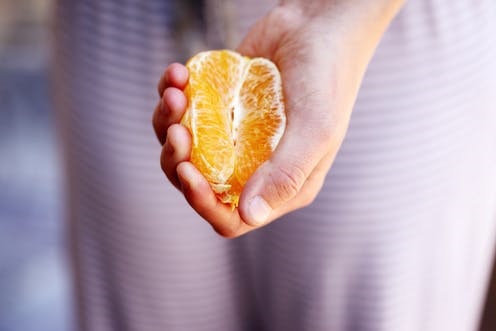 Cosmetic genital procedures are becoming increasingly popular in women. The most common is labiaplasty, which involves the surgical reduction of the inner lips of the vulva — the labia minora.

Most women who undergo labiaplasty in Australia do so through the private sector, which does not require reporting of statistics. But in the United States procedure numbers have increased 30 percent in the past five years alone.

READ MORE: Why is it okay to speak about male circumcision but not vaginal care, male condoms but not femidoms?

Of the labiaplasty procedures performed in 2018 in the United States, 4 percent were on girls aged under 18. At this age, genital development is not yet complete and there is significant risk of harm such as scarring, loss of sensation and painful sexual intercourse.

We showed teenage girls an educational video on genital self-image. After the video, girls felt better about their genital appearance and could more accurately name anatomical structures than before.

To have a chance of making a positive impact on how adult women feel about their genital appearance, we have to reach them as adolescents.

Like appearance concerns focused on other parts of the body, our research suggests genital appearance concerns in girls start at a young age, particularly around 13. Most women undergo cosmetic genital surgeries in their 20s and 30s as they have the finances to do so by this age, but they have often struggled with their concerns for a number of years.

During puberty, the labia minora become more prominent after having been more hidden behind the labia majora (the outer genital lips) in childhood. One side of the labia minora may grow faster than the other, producing an “uneven” appearance.

Labia minora are typically airbrushed out of sexualised media images so girls may think their protruding or uneven labia minora are unsightly. This is particularly the case if they remove their pubic hair, which many teenage girls do.

This is also a time when girls may think about becoming sexually active, which means they may be showing their genitals to a sexual partner for the first time. If this sexual partner has a negative reaction to their genitals, it can lead to genital concerns and pursuing surgery.

How to educate teenage girls about their genitals

To educate teenage girls on such a sensitive topic as genital self-image, we designed a two-minute animated video. The video was age-appropriate as it did not include any explicit images. It discussed genital anatomical features and their function, as well as the diversity of genital appearance, and challenged the airbrushed “ideal” for genital appearance.

The video also showed examples of the different types of genitalia through artistic representations and medical illustrations.

Our study involved 343 girls, aged 16-18, living in Australia via social media. It was published recently in the journal Body Image.

We conducted the study through an online survey. All girls completed short questionnaires about how satisfied they were with their genital appearance, how likely they were to undergo labiaplasty in the future, as well as their ability to match up genital anatomy terms (such as vulva, clitoris and labia minora) with the correct anatomical structure on a diagram.

READ MORE: 'I decided not to have children at 22 and at 29 I got sterilised, here's why I did it'

We then showed half the girls our video and the other half a control video. The girls then completed the same questionnaires on genital appearance satisfaction, consideration of labiaplasty and genital anatomy knowledge so we could compare their pre- and post-video answers.

The video improved girls’ genital anatomy knowledge from around 75% to almost 100% correct on average.

Compared to previous research in adult women, the teenage girls were considerably more concerned about their genital appearance and likely to undergo labiaplasty prior to watching the video.

However, the girls were about 7 percent more satisfied with their genital appearance and 8% less likely to undergo labiaplasty in the future after watching the video. These improvements were on the smaller side, but impressive given the video was only two minutes long.

We also asked girls for recommendations for teaching other young people about genital self-image. Along with the common recommendation to show our video, the girls talked about reaching people at a young age, and teaching it to all genders.

One girl told us:

Get in as early as possible. Girls begin to worry and be confused about the changes in their bodies long before sex education is usually taught at schools. It would also help to normalise talking about female genitalia at a younger age because there is such a shame and stigma attached to it.

We need to start talking with people as young as possible in an accurate way, including information about the diversity in genital appearances.

Part of this discussion involves the need to challenge the messages young people are receiving in wider media by improving their critical media-engagement skills. This has the capacity to change people’s perspectives about what bodies are considered normal and desirable, increasing their body confidence and sexual self-esteem.

We live in a world where facts and fiction get blurred
In times of uncertainty you need journalism you can trust. For 14 free days, you can have access to a world of in-depth analyses, investigative journalism, top opinions and a range of features. Journalism strengthens democracy. Invest in the future today. Thereafter you will be billed R75 per month. You can cancel anytime and if you cancel within 14 days you won't be billed.
Subscribe to News24
Next on W24
Why am I so tired and when is it time to see the doctor about it? A GP explains