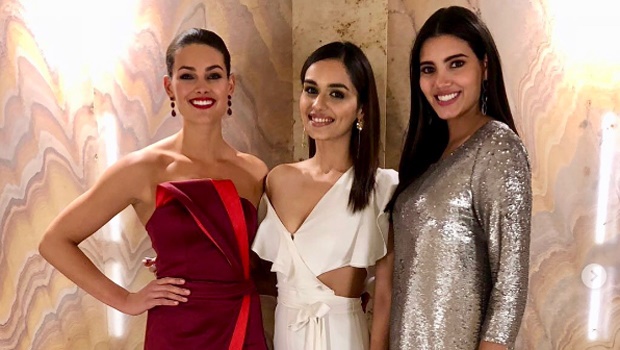 READ MORE: Woman on her tampon trauma: "I almost lost my life"

Part of the Nelson Mandela Centenary celebrations, the reigning Miss World Manushi Chhillar said it was her background as a medical student that helped her identify the need for menstrual health education in India and that helped her come up with this idea and eventually bring it to South Africa as well.

The product will be made with banana fibres says Manushi. “It’s the start of women equality, because Nelson Mandela was one of the first people who believed that menstrual hygiene was one of the three things that caused inequality between men and women,” she said.

The product, which has been designed to decompose within a few days, will be produced by machinery created by India-based Aakar Innovations reports Eyewitness News.

Aakar Innovations CEO Jaydeep Mandal says that the pads, once available, will cost up to R15 per pack and the machinery used to make the products will be operated by women living in villages.

The first machine to produce these pads will be used in Nelson Mandela's hometown, Mvezo, as part of the celebration of his centenary.

Sign up to W24’s newsletters so you don't miss out on any of our hot stories and giveaways
We live in a world where facts and fiction get blurred
In times of uncertainty you need journalism you can trust. For only R75 per month, you have access to a world of in-depth analyses, investigative journalism, top opinions and a range of features. Journalism strengthens democracy. Invest in the future today.
Subscribe to News24
Related Links
How do you know if you've got endometriosis? Being more tired than usual could be a sign
“I tried a period pain patch to see if it would work as well as painkillers”
How much does your period cost? Stellenbosch University calls for tampon tax to be eradicated
Next on W24
'I can't marry you until I tell you something' - Woman on overcoming a life-long eating disorder