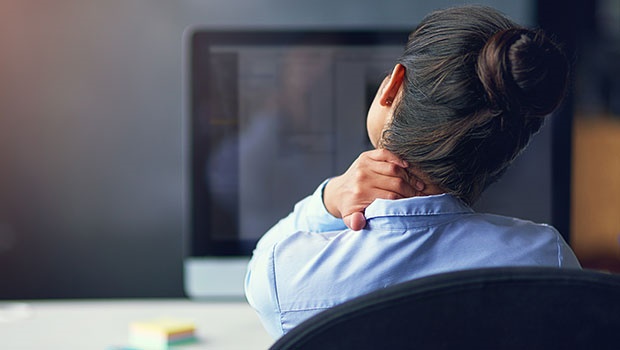 If you've ever sat at your desk, hunched over a warm water bottle, medicated to the gills, and still feeling as if Satan himself is crushing your womb with a fiery fist, then you've probably wondered why sick leave for periods is not a thing.

Or perhaps, you're one of the many women who've called in sick with a bogus bug while you're actually curled into a ball of misery because it feels as if you're ovaries are trying to escape your body through your spine, but you're too embarrassed to tell your boss.

And of course, periods are not just stomach pain. They can also cause nausea, diarrhea and headaches in some women.

Yet, when News24 asked their users what they think of paid menstrual leave in the wake of this article, 57% said it's a bad idea since it would be too easy to abuse. So what's the deal?

In 2015 a law was passed in Zambia that allows women one day of menstrual leave each month.

News24 reports that the law, euphemistically named Mother’s Day, is seen as progressive – especially for a country like Zambia where education and discussions around sexual and personal health are taboo - and it is causing fierce debate.

Yet paid menstrual leave is not a new phenomenon. According to The Atlantic, Japan has had a policy in place since 1947, and Taiwan, South Korea, Indonesia and parts of China have similar policies. But people are divided

In 2014, when W24 asked our readers if they think menstrual leave should be a thing we got a very wide range of responses.

Women’s opinions varied drastically – some thought this was only fair, as periods can be much worse than stomach ‘flu or migraines which people normally take sick leave for, while others said they were barely able to function because of all the strong painkillers they have to take.

Other women felt that this would impact equality in the work force, as companies would rather hire men who didn’t need the extra leave, while some felt that periods weren’t all that bad and women should just harden up.

One man just commented with a rather baffling: “You people deserve the pain”.

I guess it takes all types to make a world…

Either way, it’s clearly a divisive topic. In South Africa, unlike the East, our sick leave laws are quite flexible, so women who do suffer from intense side-effects associated with menstruation would be able to stay home from work legally.

And any gynaecologist or doctor would happily write a sick note for a woman with endometrioses, fibroids, menorrhagia or any other menstrual complication. This of course applies to women who have proper employment contracts and easy access to medical care and medicine.

*Nosisi is a domestic worker who works part time for various employers. When she didn’t show up for work one day because she was in excruciating pain from a particularly bad period, she was fired on the spot “because that is not an excuse.”

As for people complaining about Zambian women abusing the system, the News24 article  reports that there have been no evidence of lower productivity rates after the law had been passed.

Women in Zambia still do the vast majority of cooking, cleaning, child rearing, care for the elderly and crop tending while holding down full time jobs.

So maybe we shouldn’t be too quick to judge these women as lazy or weak.