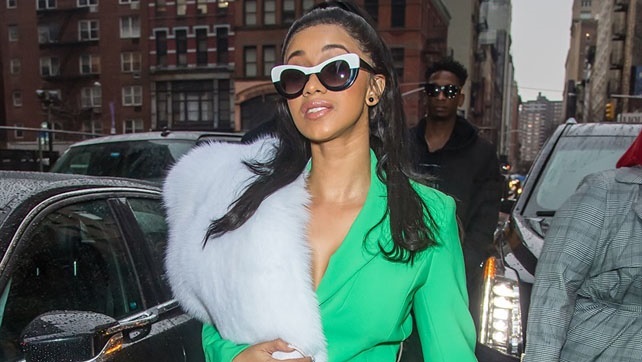 While Dwyane has been inundated with messages of support some were critical, with rappers Boosie Badazz and Young Thug slamming the former basketball player for supporting his child's decision to switch genders to female.

Taking to Instagram Live, Cardi B hit out at the critics saying she wishes she was as self aware at such a young age. She further urged critics of Zaya and her family to "please try to understand because sometimes you'll be wanting people to understand you, so, try to understand somebody else, especially when it's a child".

READ MORE: 'I live every day with suicidal thoughts' - this transwoman faces discrimination in her efforts to find work after retrenchment

In an interview with Good Morning America, Dwyane say Zaya knew her gender identity at three years old. "She's known it for nine years, since she was three years old and all along this way we've asked questions and we've learnt but she's known," he says.

Dwyane says that Zaya approached him and disclosed her gender identity and sexuality.

"[Zaya said] 'Hey, I don't think I'm gay' and she went down the list and said, 'this is how I identify myself, this is my gender identity. I identify myself as a young lady. I think I'm a straight [trans] girl because I like boys'," Dwyane says on the show.

Earlier this month, Dwyane announced that Zaya had come out as trans during an appearance on The Ellen DeGeneres Show.

We live in a world where facts and fiction get blurred
In times of uncertainty you need journalism you can trust. For 14 free days, you can have access to a world of in-depth analyses, investigative journalism, top opinions and a range of features. Journalism strengthens democracy. Invest in the future today. Thereafter you will be billed R75 per month. You can cancel anytime and if you cancel within 14 days you won't be billed.
Subscribe to News24
Related Links
Cardi B shares how she was once sexually harassed by a magazine photographer during a photo shoot
Cardi B urges others to stop calling out women who've had plastic surgery
Cardi B claps back at prosecutor who accused her of dressing too lavishly and too designer in court
Next on W24
3 ways to tackle the ‘Sunday scaries’, the anxiety and dread many people feel at the end of the weekend

Read more on:
transgender rightscardi b