In quotes: On what would have been her 83rd birthday we reflect on the powerful words from Winnie Mandela 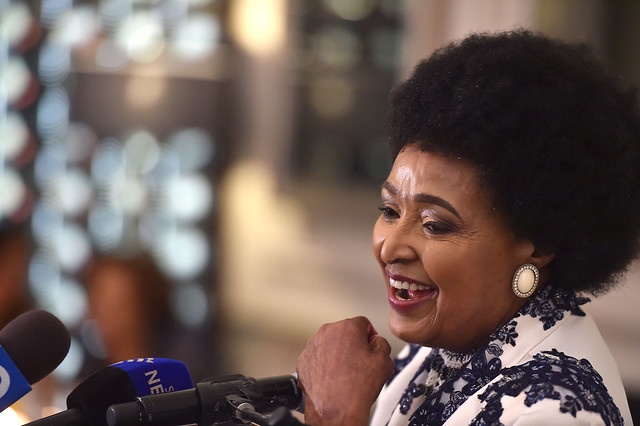 “I’m Zanyiwe Madikizela, that’s who I am”, she says in an archival footage compilation by the African Oral History Archive.

In her lifetime she has worn many hats, has held different leadership roles, official and unofficial, been called multiple names.

Mam’Winnie, as she has been affectionately known by many South Africans, has been very deliberate about telling the world who she is and not the other way around.

On her day of birth, where she would have been 83 years old in 2019, we reflect on the powerful words from Nomzamo Winifred Zanyiwe Madikizela Mandela that are as fiery today as when she said them.

On the treatment she received from the apartheid government

“Yes, I was afraid in the beginning. But then there is only so much they can do to you. After that it is only death. They can only kill you, and as you see, I am still here.”

"When they threw me with water to wake me up, it didn’t matter that I was soaking wet. I got up, I was so refreshed and I started fighting all over again."

“The name Winnie was beginning to be forgotten by even my family, everything I said was ‘Mandela’s wife’. I became a nobody. Here I am now losing myself and being absorbed into this name. Yeah I am married but I am still Winnie.”

“The reason why I fought as hard as I did in Brandford I wanted it known that it was Winnie Mandela and not Mandela’s wife, and that it was a woman. And I would take on the enemy, as much as they oppressed me, I decided I will fight them to the last drop of my blood and I will show them that women are going to bring about change in South Africa – and we did.”

“The overwhelming majority of women accept the patriarchy and protect it. Traditionally, the violated wife offloads her aggression onto the daughter-in-law. Men dominate women through the agency of women themselves.”

A word to those who hold South Africa’s democracy

On her and her mother’s style

“It’s just my only obsession, like my mother. Those ancient times my mother loved pearls.”

We live in a world where facts and fiction get blurred
In times of uncertainty you need journalism you can trust. For 14 free days, you can have access to a world of in-depth analyses, investigative journalism, top opinions and a range of features. Journalism strengthens democracy. Invest in the future today. Thereafter you will be billed R75 per month. You can cancel anytime and if you cancel within 14 days you won't be billed.
Subscribe to News24
Related Links
William Nicol Drive to be renamed to Winnie Madikizela-Mandela Drive - here are other female...
10 timeless Mam’ Winnie doek looks you need to try!
PICS: Unforgettable moments from Winnie Madikizela-Mandela's life through the years
Next on W24
Taking a break from social media improves mental health