Infographic: Marital rape is still legal in these 38 countries 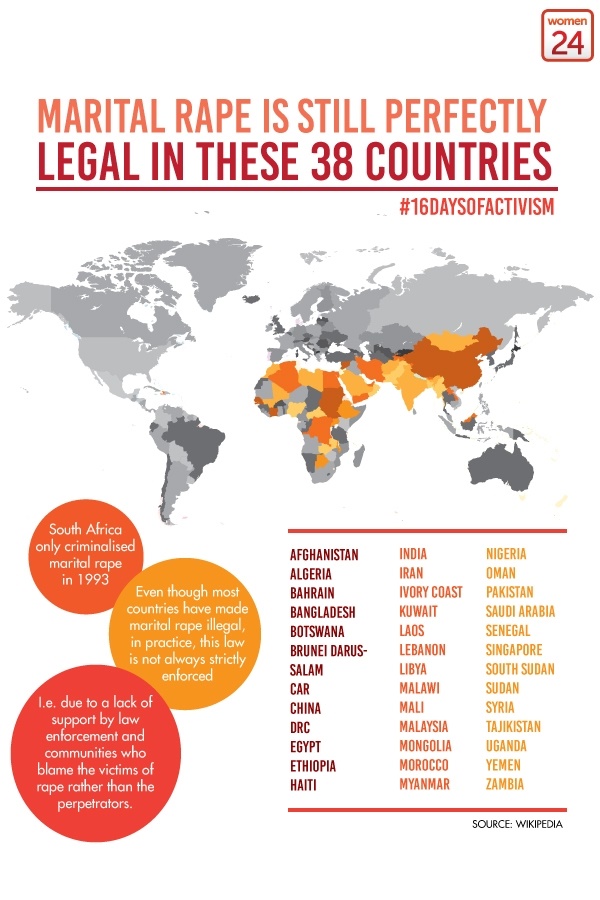 In 2010, figures released by the Medical Research Council showed that 18.8 % of South African women admitted to being subjected to marital/partner rape. Similarly, 18.2 % of men who were studies admitted to forcing their current or ex partners/wives to have sex when they refused.

A similar study by the Council showed sexual violence by an intimate partner was only reported by 2.1 % of women experiencing this form of violence.