Mute R. Kelly, but keep Ronaldo - why are men having a hard time letting go of Cristiano Ronaldo? 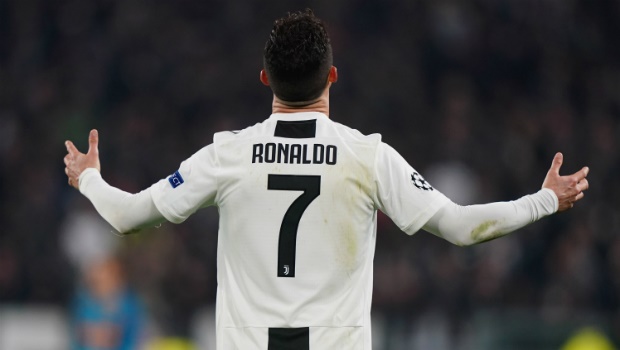 Cristiano Ronaldo of Juventus in action during the UEFA Champions League

And as The Nuns in the Sound of Music sang on "How do you solve a problem like Maria?"

"Many a thing she ought to understand

Lyrics that pretty much sum up the narrative of attempting to stymie the careers of sexual offenders and abusers in the face of their devout supporters who will die on a hill for them.

How do we make them understand that while a star may have an impeccable reputation on the field, recording studio or on the decks, the same cannot always be said about what's on their social résumé?

How do you make their denialist fans cognisant of the gravity of the misdemeanors they have committed against women?

READ MORE: Gillette ad backlash shows how men apparently don't like being encouraged to do better

This is referring to male public figures who have all had cases of alleged gender-based violence, including sexual assault, reported against them.

And these are just the offenders who were widely reported about - some unanimously cancelled and others are reason why articles like this one exist.

READ MORE: It's time to delete Marvin Gaye and R Kelly from our music libraries

Today in particular, we're pulling out Ronaldo's file - a father and husband, who has also been hailed a legend throughout his career.

And take it from someone who doesn't follow football that just by looking at his accolades one can't deny that CR7 is a gifted player.

However, the Juventus player has rape allegations against him. For those who may have missed it, Kick Off broke down the story as follows last year;

In the wake of #MeToo conversations, a 34-year-old woman named Kathryn Mayorga alleged that "the footballer assaulted her in a Las Vegas hotel in 2009 [she was 25 at the time], then used 'fixers' to stop her pursuing criminal charges – including paying her $375,000 'hush money'."

"Police confirmed the original case was closed in 2009 due to Mayorga not disclosing details but it was reopened in September [2018] after she went public," Kick Off reported.

The report then goes on to mention a statement Ronaldo made to France Football, where he said "imagine what it means when someone accuses you of rape, whether you have all that or not. I know who I am and what I did."

His "my conscience is clear" statement has also been quoted numerous times since the allegations came about.

According to an Independent article published last month, "Nike, one of Ronaldo’s biggest sponsors, have said they are 'deeply concerned' by the accusations while Juventus saw their shares drop sharply in the wake of the claims."

The footballer's lawyers further declared that what happened in Vegas in 2009 "was completely consensual".

Sidebar: This defense is based on a technicality the law often uses to dismiss rape claims such as Kathryn's one - the often misunderstood concept that consent ought to always be enthusiastic and continuous. Consent at 8pm does not mean that same agreement may still stand at 10pm.

READ MORE: A new study reveals that 47% of people think that you can’t withdraw consent after undressing

The statement given by Juventus FC is as follows; “the events allegedly dating back to almost 10 years ago do not change this opinion, which is shared by anyone who has come into contact with this great champion.”

Basically what they're saying is "separate the art from the artist," which is a view that maintains the dignity and wallets of abusers while failing to humanise the victims and recognise their right to dignity and safety too.

So now would be an opportune moment to present the poll results from our Twitter followers. We tried to grapple with the psyche behind the denial that CR7 fans seem to be dealing with by asking whether this is a football community problem or a heterosexual male problem.

The results reveal that it could very well be the latter, with 46% of our users agreeing that men trivialise rape:

Cristiano Ronaldo openly admitted the rape charges against him in a statement to France Football, yet fans still want "evidence." Why do you think football fanatics are refusing to mute him like R. Kelly?

In light of this, we spoke to a football enthusiast in his late 30s. This is what he shared:

The joy of football culture

Football is escapism and entertainment. It’s simple for most people to play and this forms part of its appeal. It also appeals to many people’s sense of identity – the values of the team, its location, success.

Following players is an extension of that entertainment and escapism – the very best do things that most people can only dream of. And if a player plays for “your” team, he becomes one of your own.

Wearing your favourite player’s jersey is an part showing off, part imagination – by wearing the jersey you’re somehow closer to them or even channel them while playing, albeit in your back yard or Sunday league.

Super fans in the modern age often ignore reason, facts, logic and the truth when it comes to their favourite player or team, seemingly overlooking serious criminal and moral transgressions. The following is cult-like at times.

Chances of the culture changing from within are slim

That could happen but it’s a big IF. Football is the biggest sport in the world, so it’s unlikely that the fandom culture will change, if players are to be held accountable for their actions, it usually comes from action driven by people outside of the sport.

Keeping in mind the point of view above from a male football fanatic, let's take a look a brief look at how other industries have been responding to celebrities who have been accused of this kind of violence.

The music industry is still in the process of muting R Kelly one radio station at a time and Spotify ceased promotion of his music that is still available on the app, though. Tidal also recently prompted an action for me to mute Nas albums - a prompt I had never seen on any other artist before, which means they're also trying to be on the right side of history.

With regards to Virgil Abloh's Jackson-inspired collection, LVMH has said the following to BoF; “They were able to celebrate Michael Jackson as an artist through his style, while not celebrating his actions as a person. The worst case scenario is that Louis Vuitton is seen as indifferent to allegations of sexual abuse that have been known about Jackson for decades.”

Again, what is implied here is that we must "separate the art from the artist," but it must be reiterated that this stance not trivialises the rape crisis, but also negates accountability completely.

While here in South Africa, Okmalumkoolkat is booked and busy and our local radio stations are posing the question to us, the listeners, about whether they should mute the music of abusers and convicted rapists.

So it may still be a long time before we see the world turn their backs on Cristiano Ronaldo or at least stops waving his flag so high, especially since this seems to  be an ongoing case.

We live in a world where facts and fiction get blurred
In times of uncertainty you need journalism you can trust. For only R75 per month, you have access to a world of in-depth analyses, investigative journalism, top opinions and a range of features. Journalism strengthens democracy. Invest in the future today.
Subscribe to News24
Related Links
This Rape Day game is exactly why we have such a huge rape crisis on our hands
This new #WalkLikeAWoman ad campaign gives men tips on how to help women feel safer on the...
Heterosexual men in red lipstick will not put an end to violence against women and children
Next on W24
Stereotypes about girls dissuade many from careers in computer science