Psychedelics for anxiety, 100 needles in your face, and a slideshow of vaginas, Gwyneth Paltrow's The Goop Lab on Netflix is all about the shock factor 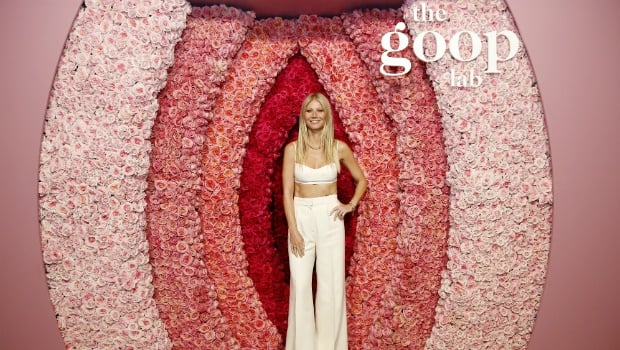 I'm giving this warning because I unknowingly watched this episode at work a few days ago (for work purposes, of course) and I had to change seats lest someone walks by and thinks I'm watching adult content. More on this later, though.

Anyway, from lifestyle and wellness site Goop - yes, the one that sold a 'This Smells Like My Vagina' candle - now comes a Netflix series, The Goop Lab. Hosted by Gwyneth Paltrow and Goop Chief Content Officer, Elise Loehnen, the six-episode series guides the deeply inquisitive viewer and pushes the boundaries and exploration of wellness topics. READ MORE: 'This Smells Like My Vagina' - what Gwyneth Paltrow's Goop candle reveals about the world's conceptions of lady bits

With the following disclaimer provided at the beginning of each episode; "The following series is designed to entertain and inform - not provide medical advice," you can already tell some peculiar things are about to unfold. Goop has, after all, been at the receiving end of backlash and outrage for years now.

I mean, did we really expect medical breakthroughs from someone who expresses at the beginning of the show that "when I started Goop in 2008, I was like, my calling is something else besides making out with Matt Damon on screen"?

Of course not. And Goop doesn't purport to be as such albeit their countless hoax offerings that have been refuted on several occasions. I guess there's a reason Goop rhymes with dupe.

But I still watched The Goop Lab because I do have a genuine interest in wellness and what I'll loosely refer to as "lifestyle improvement content", and so do W24's readers - the majority (47%) of which indicated in our latest poll about podcasts that they're into wellness and self-improvement.

So of course I did this for you and the pleasure was all mine... until it wasn't after the third episode.

"The pleasure is ours"

That's the title of this episode about female pleasure, female genitalia and sexuality.

I'm not mousy about these topics at all, and that's why I actually watched this episode first, but seeing multiple kitties flash across my screen for about a solid minute made me wish I was actually the Jerry to this Tom - running and hiding from it.

An important fact is even shared here;

500 women who struggled with anorgasmia were evaluated in a Danish research study on the effectiveness of the Betty Dodson Method. Of the 500 women, 465 were able to achieve orgasm.

*Anorgasmia: The persistent inability to achieve orgasm despite responding to sexual stimulation.

From that you can probably safely assume that this Betty woman is good, right? Right.

But why did we have to see her talking her colleague Carlin Ross, through an orgasm as Carlin self-pleasured? This, after Carlin examined her labia in front of a mirror... on camera... for all of us to see.

I understand the sentiment behind normalising (SA Twitter evidently does too) the unnormalised, and revolutionising narratives about our sensuality and sexuality in media and popular culture. And perhaps that's all Gwyneth intended with this episode, as she even says, “What we’re talking about is this deep resistance we have to our own genitalia.”

But I also can't shake the suspicion that it's just a shock tactic for controversy and views - series click bait.

Either way, it's an effective means of opening up the conversation and interrogating why a slideshow of labia does, in fact, make for slightly uncomfortable viewing.

This episode was all about the content I live for - age, skincare, and the connection between nutrition and aging.

But a bit further along the episode, when the Oscar-winning actress and founder of Goop asks the team if they're scared of getting older, Stacey, the Goop Articles Editor, immediately retorts, "Horrified of it."

And among some of the aging concerns expressed by the team are the fear of body failure, being a burden, or simply struggling through the rest of your life. All of which are valid fears, I would say.

Stacey's reason behind being scared to age is based on how previously, youthfulness was perceived as currency - in your career, in the dating game, and socially.

I may not be scared of aging, but what you might learn - and empathise with - on Episode 4 is that age has different meaning to people, and although vanity may seem like the foundational fear of aging, at times there are psychological reasons behind it which stem from social conditioning and societal pressures. I relate with the latter, which is why on some days I'm 22 and on other days I'm 30, depending on how 'successful' I feel.

Look at me getting carried away - I obviously have many feelings about this topic.

More importantly, what might intrigue you in this episode if you're not already in the know about lunch-time aesthetic procedures, are the various facial treatments Gwyneth and her team members got to reverse the effects of aging.

These include facial acupuncture (imagine 100 needles in your face), inserting slow-dissolving threads into the cheeks (I winced at the sight of it all, but I would still do it), and the famous Vampire Facial - all of which stimulate collagen production for more elasticity and a youthful appearance.

Ultimately, you'll appreciate the vulnerability and real human stories that are shared in this docuseries, including Gwyneth Paltrow's own traumas. I'll share the same quote this Vogue UK reviewer pulled as well to somehow highlight this; “I have a lot of trauma in my childhood and being the person that people perceive me to be is inherently traumatic.”

If you're also just looking for alternative wellness options like snowga or going vegan, The Goop Lab might pique your interest a bit.

The Goop Lab released on 24 January 2020, and is now screening on Netflix - if you choose to watch the docuseries, share your thoughts on it with us here.

We live in a world where facts and fiction get blurred
In times of uncertainty you need journalism you can trust. For 14 free days, you can have access to a world of in-depth analyses, investigative journalism, top opinions and a range of features. Journalism strengthens democracy. Invest in the future today. Thereafter you will be billed R75 per month. You can cancel anytime and if you cancel within 14 days you won't be billed.
Subscribe to News24
Related Links
Kourtney Kardashian launches her lifestyle brand Poosh, which has been compared to the infamous Goop
The meteoric rise and (possible) demise of coconut oil – dissecting the culture of the quick fix
Must we throw away all our coconut oil hair/skin products now that a Harvard professor has...
Next on Life
Why we form false connections and seek attention online instead of nurturing real-life relations