Siam Lee, sex workers and the culture of victim blaming 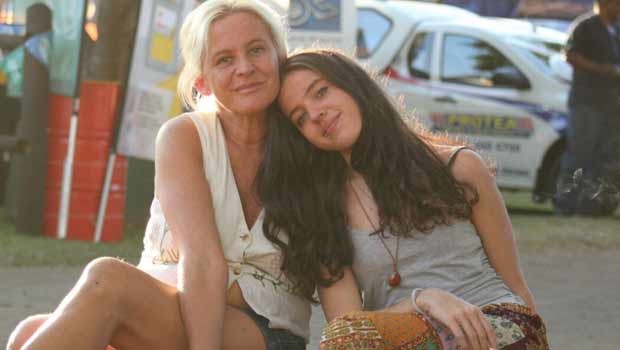 Siam Lee’s story has been dominating the headlines over the last two weeks. Like so many other victims of sexual assault and violent crimes, the story often has a tragic ending. It was no different with Siam Lee.

According to News24, the 20-year old was last seen alive on the 4th January before her badly burnt body was discovered in a cane field after she was abducted, brutally assaulted and murdered.

An arrest has since been made – the accused being described as being someone who is “highly intelligent and speaks beautiful English."

I’ll get to why THAT last line angers me in another column but before I continue this one, I want to use this opportunity to highlight the plight of many rape victims whose stories often remain untold.

For every story that makes the news headlines, there are so many more cases we don’t hear of, and for so many reasons.

I’m acutely aware that many of those reasons will never be enough to excuse the lack of reporting on it, just as I am aware that when stories about sexual assault and rape are reported, we as the media don’t always get it right.

And that’s why I want to talk about Siam Lee today.

Not because she matters more than any other victim, but because something that wasn’t in the public’s interest was revealed about her that brought the victim blamers to the forefront of the scene.

And that something was that she was allegedly a sex worker.

I won’t link to the piece because I don’t think it deserves the airtime (and will no doubt invite even more shaming and victim blaming), but to give you a brief overview for the purpose of my response, The Sunday Times published a piece that, instead of focusing on the investigation into her murder, went into detail about Siam and her mother Carmen Nan Lee’s lifestyle and work choices.

Needless to say folk on social media platforms have been having a field day with this information, some going as far to blame Carmen for introducing to Siam to a life of “danger and prostitution.”

READ MORE: Justice denied and vilified – the only version of the story Khwezi was allowed to take to her grave

What this article essentially did was to strip Siam of her humanity and reduce her to her occupation.

This is problematic not only because it puts the onus of the crime committed on the victim, but it only serves to encourage the discrimination against sex workers – many who are often already scared to report sexual assault and rape because of the stigma surrounding sex work.

It also suggests that there are certain standards that need to be upheld in order to be considered blameless.

But here’s the thing. Moral superiority politics does not trump someone’s humanity.

When discussing #SiamLee, it's only appropriate to speak about how she was a victim of gender based violence.This isn't an opportunity 2spew xenophobic hatred about "Nigerians drug cartels" or slut shame her.What happened to her was tragic&happens too often 2woman in this country

You don’t get to dismiss a person just because you don’t agree with their line of work or any personal choice that they may or may not make.
Sex workers are humans who deserve to be treated with respect.

They deserve to be safe and to be afforded the same human rights you expect to be given to you.

WATCH: Here's what decriminalisation would mean for sex work in SA

Most importantly, they have the right to be treated as members of our integrated society – not condemned, dismissed and cast aside as throwaways and pariahs, simply because they do not adhere to your idea of normalised and stagnant social constructs.

What really gets to me is that this was a person who died violently. Her voice is silenced forever.

And now even more sex workers will be scared to tell their story.

She's a young woman who's life was senselessly cut short like so many in this country. That's all I need to know. RIP #SiamLee

And what we’re seeing here is not an effort to report something in the interest of the public, but the denigration of a voiceless woman and a desperate sense of hubris in using your platform to capitalise on public interest for the sake of gaining readership through sensationalism instead of purely telling the story.

As journalists and media platforms, we have to do better.

Because the stories we tell matter and how we tell them can help to dismantle archaic systems, reveal the ugly depth of victim blaming and rape culture, and most importantly, remind people that they matter(ed).

May Siam Lee and every woman, sex worker or not, know that their stories matter and that they are valued.

We live in a world where facts and fiction get blurred
In times of uncertainty you need journalism you can trust. For only R75 per month, you have access to a world of in-depth analyses, investigative journalism, top opinions and a range of features. Journalism strengthens democracy. Invest in the future today.
Subscribe to News24
Related Links
5 books that explore the damaging effects of rape culture
The Weinstein Effect: how powerful men across the globe are being confronted about sexual harassment
No Donna Karan, we’re not ‘asking for it’
Next on W24
Rest, letting go, and patience: 5 therapists share self-care habits they’ll be practicing in 2021