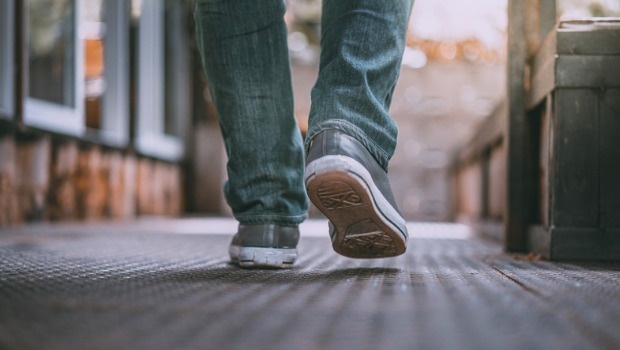 A man walks away from a tough conversation

There has a been a rise in open conversations about rape, rape culture and consent over the last few years and particularly over the last few months of 2018. With the #MeToo movement going viral, Harvey Weinstein accused of rape and being sued, Bill Cosby getting convicted and Christine Blasey Ford coming forward to share her allegations of attempted rape against Brett Kavanugh, it’s all been a whirlwind of important conversations about sexual assault and violence.

Recently, a case in South Africa heralded a new champion for sexual assault survivors in our own #MeToo movement. Her name? Cheryl Zondi - read about her story here.

Now, in a new article, The New York Times is continuing the dialogue by publishing eight stories from men who admitted to past sexual misconduct.

According to Alicia Wittmeyer, staff editor of The Times’ opinion section, the paper received more than 750 responses to the call for men’s accounts of their sexual wrongdoings; the callout was done in response to Dr Ford’s accusations against Kavanaugh.

READ MORE: MY STORY: I was raped twice as a teen - but I overcame it

In the end, they selected eight stories, which they printed alongside the writers’ names, their ages at the time of the incidents, and the years they graduated from high school.

While all of the respondents expressed regret and remorse for their actions, they all said that they either knew it was wrong at the time, but felt like they were supposed to act the way they did, or realised it was wrong later.

The stories make for a disturbing, but interesting look at what can drive someone to sexual assault and how men are often taught that it’s okay.

Patrick Herron talks about how he and his friends took a drive with a young woman when he was a teenager.

“We drove to the top of Mulholland Drive and told her she would have to walk home unless she would allow us to fondle her and expose her breasts. This only occurred once when I was in the car, but it was a sort of trick to play on girls that had been ‘passed down’ by one of my friend’s older brothers,” he said. “As a father of two millennial daughters and one millennial son, I would be horrified today if anything close to that ever occurred. This is the first time I have ever spoken about it.”

Patrick describes how he felt like he was in a “anything goes” type environment and how he met this woman again as an adult and how ashamed he was of his actions.

Gene Biringer wrote that during a group wrestling match, he had groped a friend he was attracted to but who intimidated him. Seeing her reaction immediately made him feel ashamed.

"I have never forgotten the look on her face: She seemed at once hurt, disappointed, indignant, and bewildered," he wrote. "Seeing her expression, I was seized with remorse for what I’d done, although I had not the courage to confess and apologize, then or later."

Gene wrote that he had later been sexually assaulted, and the experience caused him to empathise with the girl he had wronged.

Of course none of these stories absolve the men involved, but they create one step towards admitting we have a problem with rape culture and that perpetrators need to take responsibility for their actions.

You can read all the stories in full here.

We live in a world where facts and fiction get blurred
In times of uncertainty you need journalism you can trust. For 14 free days, you can have access to a world of in-depth analyses, investigative journalism, top opinions and a range of features. Journalism strengthens democracy. Invest in the future today. Thereafter you will be billed R75 per month. You can cancel anytime and if you cancel within 14 days you won't be billed.
Subscribe to News24
Related Links
Brave women like Cheryl Zondi and Dr Christine Blasey Ford have become new champions for sexual...
"The 'power' to be witty, entertaining and sexually interesting to men is not that much of a...
Nicole Kidman talks about how marrying Tom Cruise at 23 meant that she was protected from sexual...
Next on W24
Taking a break from social media improves mental health