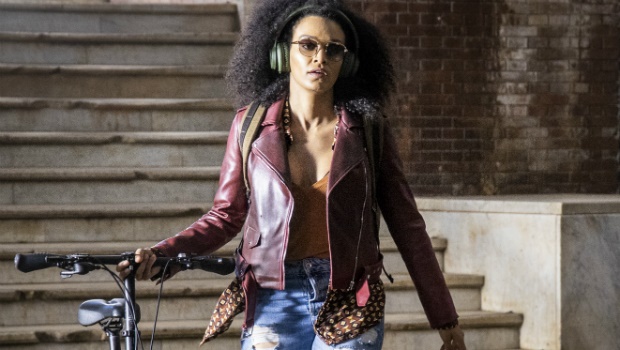 I'll be the first to say that I'm a fan of any woman celebrity or pioneer who has established (and maintained) an admirable career without playing the supporting role in a man's show. So of course, I'm all for headlines that read "Amal Clooney's husband" and movies such as Oceans 8 where a group of women plotted a heist without authority or input from a man (as action-packed movies often go).

Moreover, I guess it's the reason the likes of Tracee Ellis Ross and Rihanna are stars I look up to - their entire careers have maintained relevance and success sans the mention of a man in their lives diluting their image.

Now this is not to say I'm disdainful of public figures who are happily partnered with significant others, but rather to highlight that I'm a sucker for narratives that pass the Bechdel Test.

A previous W24 article explained the Bechdel Test as follows;

"The Bechdel Test asks if a work of fiction features at least two women who are named and talk about something other than a man. The test was a way to call out gender inequality in films and make the mainstream media more aware of women in the media."

And you'll be glad to know that the new Netflix series, Queen Sono - with the tag line "Welcome to Queendom" - just added to the list of series where women are living their lives independent of male affirmation or romantic pursuits.

The 6-part action-packed series follows Queen Sono, a highly trained top spy in a South African agency whose purpose is to better the lives of African citizens. While taking on her most dangerous mission yet, she must also face changing relationships in her personal life. The Queen Sono series is directed by Kagiso Lediga and Tebogo Malope, with both directing three episodes each with the lead of executive producer Tamsin Andersson.

The series stars Pearl Thusi, who plays the lead of Queen, and is accompanied by a star-studded cast. Abigail Kubeka plays Mazet, Queen's beloved Gogo, who has always supported Queen - no matter the trouble she gets herself into.

Ahead of the show's premiere last week, W24 got a chance to speak to cast members we thought would resonate most with women in South Africa.

These were the pearls (see what I did there) of wisdom they shared with me: Tell us about Nova

Nova is a free spirit, she's one of those girls you cannot box, she wears her heart on her sleeve, and she works for the World Bank with a sleeve of tattoos. She is in love. She's dating William, who is Sono's best friend - they say they're just friends, but she doesn't believe it. She's a lovely girl and I quite enjoy her.

A lot of the characters on the show are strong women and it's beautiful to watch.

I like that you mentioned her sleeve of tattoos because often black women aren't portrayed as 'badass'...

I love it! It's a beautiful narrative to show to young women as well as older women. I think women are often boxed up by society and we are told how to enjoy being a woman because a man likes it that way. A lot of the characters on the show are strong women and it's beautiful to watch. Every woman on the show is a queen - whether it's Queen Sono, Queen Nova, or Queen Ekaterina - that was a smart play on the name of the series as well.

I've noticed that the female characters on the show aren't portrayed as 'struggling', but rather as women on a mission (whatever it may be). Why do you think that's so important?

Women are faced with the same struggle, especially feminist women, people don't quite understand what a feminist is. That's what this show is about - women who have chosen who they want to be.

We're now breeding a new generation of women who say 'you know what? I don't have a box. Maybe I don't want to get married. I wanna kick ass, I wanna take over Africa.' And all of their stories are strong in their truth.

Nova [has a hunch] that the friendship between William and Queen is unlikely to be just that, and she just wants the truth out of him because she's one of those women who just want to know the black and white of a situation, and [she'll be able to handle it].

What do you want your audience - young girls especially - to take away from watching this series?

One sentence - you are power! I have a feeling Miri is going to be a standout character for the women who are going to watch Queen Sono, so may you please tell us all about her, and what makes her such a strong woman.

So Miri Dube (Mrs) is the daughter of a political businesswoman, so she is quite a privileged young black woman, who through her privilege has traveled the world with her studies - from England to America.

However, she doesn't necessarily want to be doing the work that she does - she would much rather still be globetrotting - but because of the work her mother does, she feels like she has a duty to society. She has very big energy and she knows how to wear big energy because she learnt that from Mama, but look at her in her mother's presence and that cloak is off.

Miri knows how to hide her insecurities. I once read a book called The Second Class Citizen, and as we have carried on in this patriarchal society, women are going to resonate with the fact that [they] do have to put on a cloak everyday they walk out their house. [We] have to put on that cloak of power - make sure that no one is going to whistle, catcall, rape me, abuse me, take advantage of me, and Miri wears that cloak really well.

So one of the things I feel most proud of is to be able to display both power and vulnerability in this one vessel.

Would you say Miri feels the need to portray power because her mother is already such a powerhouse? And do you think given the chance, she would have taken a completely different path?

I think Miri is aware of where she comes from, but she is happier to play it anywhere else. I don't think Miri is sure of what she wants to do, to be honest - she has a brilliant mind and she could place her power anywhere, which is why it's quite interesting why she can't claim her own space around her parents. And I think that's okay. I think it's okay to say 'I have this thing and I don't know what to do with it' and I think that's the truth of many children of privilege. I think it's okay to be unsure.

Having spoken about your character who straddles the line between power and vulnerability - how important do you think it is for us to see different perspectives of strength within the "strong black woman" narrative, as Queen Sono has positioned itself as a series that portrays a different kind of power in every woman?

The thing about black homes, specifically in South Africa, is that they are woman run and in this story we get to see Queen's relationship with her grandmother and we also get to see the textures of our beautiful Soweto, where mamas are there [running various enterprises]. The early morning starts with women [carrying stock] on their heads to go to a corner store (in Shona we call it musika) or a market. This country is run by women, but beyond that, every corner is of the world is run by women because where do we start? In the womb.

So to focus only on struggle is... part of our reality, but it's not where we're going. I think it's important for us to see these women because for a very long time they are the ones who have made everything else possible. It's time we hear this narrative - It's time we see the woman who is behind the president or the woman whose story has never been told and is the one who actually brought in the criminals. It's important for the next generation to see [that it can be written with ease] and see how easy it is to step into those roles.

I want to know how of much of Chi you channeled into Miri...

For me, it was definitely a lot of feeling like the youngest person in the room. Chi is a big woman with a big powerful voice, but she has her moments where she says 'have I crossed the border and made my parents proud?'

'As challenging and as controversial as these roles are, am I doing the right thing, and am I telling the right stories?'

'Am I making my people proud?' My people being young, African women and men. In that way I resonated with Miri - 'Am I real, am I authentic, am I making my mother proud?'

Start dating smarter, not because you feel lonely.

So what do you want the women watching Queen Sono to take away from not only Miri, but the other women in the show?

Apart from Miri, who is in a very unhappy marriage, these women are single.

Lean on your sisters, but more importantly, lean on what you already have - you've got this. You are it!

Queen Sono has been streaming on Netflix as of 28 February 2020.

We live in a world where facts and fiction get blurred
In times of uncertainty you need journalism you can trust. For 14 free days, you can have access to a world of in-depth analyses, investigative journalism, top opinions and a range of features. Journalism strengthens democracy. Invest in the future today. Thereafter you will be billed R75 per month. You can cancel anytime and if you cancel within 14 days you won't be billed.
Subscribe to News24
Related Links
Psychedelics for anxiety, and a slideshow of vaginas, Gwyneth Paltrow's The Goop Lab is all about...
A black, female 007? As a lifelong James Bond fan, I say bring it on
3 local illustrators share what inclusion on Netflix shows means for them
Next on W24
Taking a break from social media improves mental health