Will freshly manicured nails really disqualify you from voting at #SAElections2019? 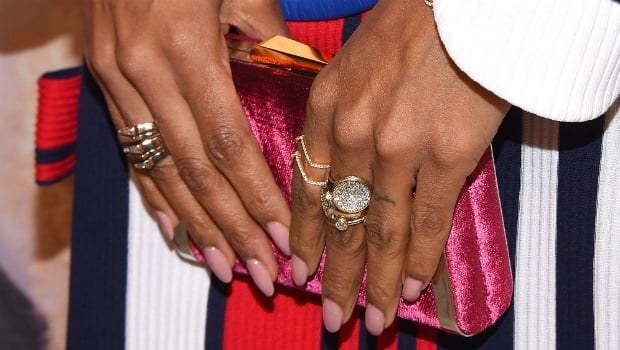 Cape Town resident Carla Schoeman, took to Twitter yesterday to share her grievances about being initially denied her special vote at the Sea Point Primary school voting station. The reason? Her gelish manicure.

So if you were planning on getting a fresh coat of paint on your nails for the perfect voting day #thumbfie, you might want to continue reading.

READ MORE: #SAElections2019: What each party is promising women and children

In her short thread, Carla reveals that she had to beg the IEC official to allow her to vote;

PSA: the @IECSouthAfrica wont count your vote if you have nail polish on. THIS IS NOT A DRILL. Just happened to me at my special vote. Had to BEG them to accept my vote.

Come Wednesday most chicks I know wont be able to cast their democratic right to vote because Gelish.

Hi @Our_DA, @MYANC etc, while you spend the next 2 days harassing people to vote on Wednesday, be sure to those who still take your call that they cant vote if they have nail polish on.
This brand new and secret rule is proudly brought to you by the @IECSouthAfrica .

We reached out to Carla Schoeman to find out how the situation was handled and if other manicured hands will be turned away at the polls tomorrow.

This is what she shared with us;

"After I finished my vote, the IEC official wouldn't mark my thumb because I had gel nail polish on. He told me to go have it taken off, then I can vote again. I kicked up a scene saying that he is denying my right to vote - there was seriously no comms about that!"

Carla adds that she told him that she was "going to make a really big deal about not being able to vote because of nail polish," emphasising that the official best be certain of the rules he is enforcing.

"He then proceeded to dig into my cuticles and made a mark on my nail on my 3-day old manicure," she continues, adding that he remarked that he was merely doing her a favour.

The special voter reassured us that she did eventually vote, but stresses how infuriating it was to have to fight for it.

Carla also highlights how she assumes the man [she] spoke to was the one in charge at the station, as "everyone waited for him to make a decision."

So is there any truth to this?

In light of this Sea Point incident, we reached out to the Electoral Commission head office to confirm whether this is a national restriction or not, but at the time of publication we had still not yet been able to reach a representative.

However, a 2014 article by IOL News has put our minds at ease about this potentially problematic rule, declaring that it is, in fact, not one of their rules. The report declared that the "IEC said voters with nail polish or artificial nails couldn’t have been prevented from voting. Had there been an issue you could have asked for the presiding officer".

What about gender discrimination?

Having brought up this rule in conversation, an argument that has come up is that it could be considered discriminatory to femme voters.

A 32-year-old audit manager who would prefer not to named expressed very strong views against this, saying "I will cause drama if they don't let me. It would be a human rights issue, gender-based discrimination because there are no regulations pertaining to what men may or may not [wear] to the polls."

During the 2018 Zimbabwe elections, the no nail polish rule was actually enforced as a "security measure" to ensure that there were no repeat voters.

What do you think? Do you think this is a genuine security measure or just another way to exercise control over women voters? Tell us on Twitter or Facebook.