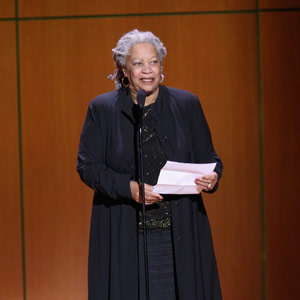 1. Bessie Head (1937-1986)
Author, teacher and journalist, Bessie Head was one of Africa's most prominent writers who challenged the ideology of the apartheid government through her work. She wrote popular stories such as When Rain Clouds Gather and Maru. She was an activist whose stories were about black women and their struggle with racist and sexist discrimination.

She viewed her activity as a writer as "a kind of participation in the thought of the whole world". Head's writings also dwell on her hope for social change and peace in the country – something South Africa is experiencing today.

2. Maya Angelou
One of the great voices in contemporary literature, Dr Maya Angelou is legendary for her brilliant literary works. A poet, author, historian and civil rights activist, she has written 12 best-selling titles including I Know Why the Caged Bird Sings and the famous The Heart of a Woman.

Her extraordinary activism includes outreach programmes in the Third World to help change less-privileged lives. In 1993 she became the only poet in US history to have the honour of writing and reciting original work at the Presidential Inauguration.

3. Nadine Gordimer
Winner of the 1991 Nobel Prize for Literature, Gordimer is one of SA's best-known and most successful authors. A founder member of the Congress of SA writers, Gordimer's work includes novels, short stories and non-fiction.

With 11 literacy awards and 14 honorary degrees, she is also a profound scriptwriter who, through her work, has contributed greatly to South African arts and literature.

Some of her most notable works include: The Conservationist, Get A Life and July's People.

4. Toni Morrison
Toni Morrison won the 1993 Nobel Prize for Literature. Her body of work includes the highly acclaimed novels The Bluest Eye, Song of Solomon, Beloved (which was awarded a Pulitzer Prize) and Jazz.

Her gift as a storyteller can be seen through her troubled characters who seek to find themselves and their cultural identities in a society that obstructs this essential growth.

5. Gcina Mhlope
Storyteller and poet Gcina has managed to keep the flame of South African folklore alive – not just locally, but also on international shores. Her unique storytelling abilities make her an unforgettable performer, and she has written numerous children's books and released an award-winning storytelling children's CD with Ladysmith Black Mambazo.

Gcina's work has received awards from BBC Africa, a Fringe First award at the Edinburgh Festival,an OBIE in New York and honorary doctorates for her work in literature.

6. Alice Walker
Best known as the author of The Color Purple, Alice Walker is not only a writer, but also an activist who communicates through the written word. She received numerous awards (including a Pulitzer Prize) for her book, which was adapated into a movie starring Whoopi Goldberg.

Walker adopted the theme of preserving black culture and feminism in her work, which became a form of enlightenment to many of her readers. As one of the leading voices in her community Walker also spoke on behalf of the anti-apartheid movement and against female genital mutilation.

We live in a world where facts and fiction get blurred
In times of uncertainty you need journalism you can trust. For only R75 per month, you have access to a world of in-depth analyses, investigative journalism, top opinions and a range of features. Journalism strengthens democracy. Invest in the future today.
Subscribe to News24
Related Links
History of Women's Day
Next on W24
The frenemy myth: Women aren't nastier towards each other, the dynamic is much harsher between men