No alcohol for 21 days? Your skin might thank you later 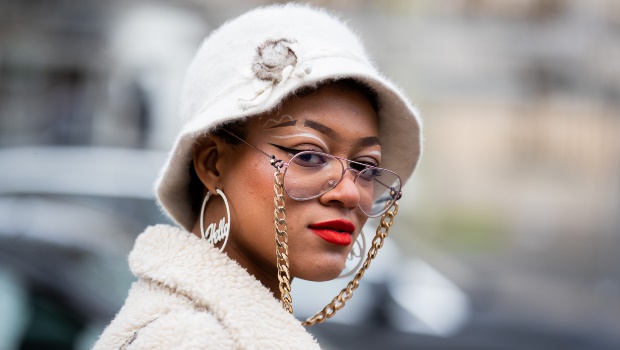 See the other side of the national lockdown with more radiant skin. Photo by Christian Vierig/Getty Images

It was just 24 hours ago when queues snaked at the doors of local grocery stores and liquor outlets - an image almost reminiscent of the 1994 election lines. Except the democracy South Africans were queuing for was of a more social nature - the right to leisure, the right to unwind, and the right to cope in the face of a 21-day national lockdown.

In short, it was the last (not so) happy hour before we retreated to our homes for what could be even longer than 21 days. The scurrying to bottle stores was a result of panic induced by the fact that on Wednesday, our government announced that the sale of alcohol would be prohibited during the lockdown which began at midnight on Thursday.

In a News24 report about this national booze run, one customer is quoted saying, "Liquor makes me happy and at peace. I need alcohol - I am going to be locked inside my house for 21 days."

READ MORE: Want to achieve closeness despite coronavirus lockdown? There's an app for that

We understand that loneliness will peak during this period of solitude and uncertainty, and in the interest of keeping your spirits (not the bottled ones) high, we would like to avert your gaze to the positives of not having enough alcohol - or any at all - for your skin.

Remember we told you about how hand lotion is becoming a commodity in demand ever since the coronavirus outbreak hit South Africa? This, of course, being the result of incessantly washing our hands and hand sanitising with alcohol-based products. Our hands are as dry as recreational hubs right now, and that's because alcohol dehydrates the skin.

READ MORE: A handy guide to 10 hand creams you can shop online for all the scrubbing you've been doing

The same holds true for when it's imbibed too. If you've been looking for a reason to cut back on sipping, you just got one.

New York nutritionist Jairo Rodriguez, told Vogue "alcohol is actually one of the worst, most aggressive compounds to destroy your skin." We embrace aging and the lines thereof, but if you want to retain the elasticity of your youth on your face, this piece of information might also reassure you that it's not such a bad thing that drinking is not top priority right now.

"More wrinkles [form as a result of] that dehydration damage, which can make you look 10 years older,” says Jairo.

Consumer research also shows that dry and dehydrated skin is the second biggest concern in the skincare industry. This need is most prevalent during seasonal and climate changes, where skin becomes tight, flaky or itchy, sensitive and dull. Although they look and feel very similar, dry and dehydrated skin are two distinctly different skin conditions that are treatable.

Did you know that dry skin is a skin type that you’re genetically born with, whereas dehydrated skin is influenced by external factors such as your eating (and drinking) habits, overall health and quality sleep?

To celebrate Nutrition and Hydration Week, which was observed last week from 16 – 22 March 2020, Nimue Skin Technology explored the differences between dry and dehydrated skin and how each can be treated in a simple, informative video. Watch the video posted on Instagram below.

Did you know that dry and dehydrated skin is not the same? For more information visit: nimueskin.com

A post shared by Nimue Skin International (@nimueskininternational) on Feb 12, 2020 at 12:40am PST

In the video, it's shown that dehydrated skin lacks hydration... well, as the word clearly implies. And what that means is that if your skin is dehydrated, it requires water-rich products and actually drinking more water.

READ MORE: Can using this friendly acid in conjunction with vitamin C actually give you skin like Jhené Aiko?

But in addition to dehydrated skin, lubricating your social door hinges regularly, also causes inflammation of the skin.

Skin as red as wine

In the Vogue article mentioned earlier, the expert also says the following;

"Alcohol inflames the tissue, and systemic inflammation to the skin caused by alcohol creates a histamine reaction — that creates the redness, the flushing of the skin. At first you think, Oh, [I’m] a little red, not a big deal, but over a period of time — six months, a year, two years — if you continue drinking, it can become a prominent facial redness you can’t get away from."

Jairo therefore advises that one minimises their intake to "once or twice a week — the lower the intake, the lower the damage to your skin.” Apt advice for a time when the sale of alcohol is prohibited and restaurants and bars are not operating.

Still not sold, much like alcohol during the lockdown?

Well, this first person account shared on Allure titled 'I Quit Drinking for a Month and It Transformed My Skin', might finally convince you.

In this article, the writer, Rachel Perkins, recalls how "after a few months of heavier-than-normal drinking," her face felt bloated and redder than usual. Her cheeks had also become prone to breakouts, so she reached out to the Director of Cosmetic & Clinical Research in Dermatology at Mount Sinai Hospital Dr. Joshua Zeichner, who reiterated the point made above about dehydration.

He also added that "drinking also lowers antioxidant defenses in your skin and that makes your pretty little face more susceptible to things like sun damage and free radicals, which are byproducts from chemicals and substances like cigarette smoke."

Rachel took on the Ocsober challenge - four weeks of no drinking - and documented her progress. She reported that overall, "despite the red marks still lingering, my skin overall felt more hydrated and firmer than it did before. I do feel like I have more of a natural 'glow' than I did when I was boozing on the regular. My lips feel less chapped, my eyes feel less sunken, and my skin has a better coloring than I did a month ago."

Worth a shot? We think so.

Besides, you need your immune system to be in tip-top shape now more than ever.

Do you think drinking less or not at all is going to benefit your skin and overall health during the lockdown? Tell us here.

We live in a world where facts and fiction get blurred
In times of uncertainty you need journalism you can trust. For 14 free days, you can have access to a world of in-depth analyses, investigative journalism, top opinions and a range of features. Journalism strengthens democracy. Invest in the future today. Thereafter you will be billed R75 per month. You can cancel anytime and if you cancel within 14 days you won't be billed.
Subscribe to News24
Related Links
Natural or relaxed - Here are 5 quick and easy hairstyles you can do at home
Actress Elle Fanning loves a silk pillowcase for hair and skin - these are the benefits
A handy guide to 10 hand creams you can shop online for all the scrubbing you've been doing
Next on Life
Why do we need toner? Expert explains the importance of this skincare step