From blaming the wedding planner for the weather to yelling at her 4-year-old flower girls, this bride was in a bad mood on her big day 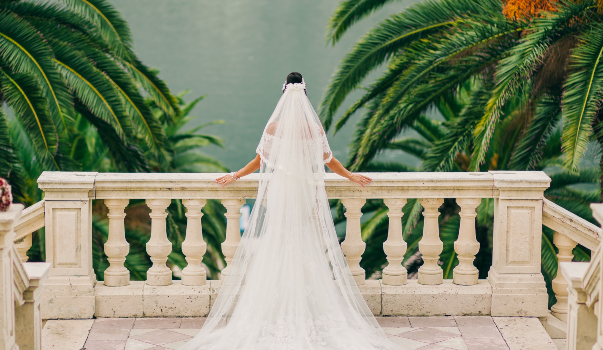 By now we know that some brides turn into bridezillas before or on their big day, especially when they don’t get exactly what they wanted.

So what happens when a bride selects everything and then is dissatisfied with her choices when the wedding comes together? Well, this Reddit bride threw a tantrum from the first day of planning her wedding, blaming everyone for everything.

The bride’s cousin took to Reddit to share how she went full bridezilla on her wedding day. The bride and her cousin are distant cousins, who had only ever seen each other three times before the wedding. Looking back at the days before the bride got engaged, her cousin remembers her as an extremely entitled family member who wanted to be allowed to live-in with her boyfriend at her grandmother's senior-only condo, rent-free.

From the early stages of wedding planning, the bride-to-be had been berating and shouting at the bridesmaids, the groom, groomsmen, the planner, and the servers. She even thought her bridesmaids were trying to upstage her when they picked out dresses. The bride also complained about being the shortest person in the bridal party, resulting in her demanding that the bridesmaids wear flats.

Essentially, she found all aspects of the wedding imperfect; the flowers weren't perfect, the food was dry, and the tablecloths were "off-white and not egg-white."

The unnamed bride kicked out the tallest bridesmaid then asked her cousin to join the bridal party by saying “you’re shorter than me so I’ll look better in the photos”. When the cousin refused to join the bridal party, the bride threw a tantrum and threatened to uninvite her. Trying to get rid of the 'anger' the bride then went to a club, got drunk and puked on the bartender. The wedding day came with the ceremony set outdoors at a Botanical garden and the reception was indoors.

“It was April, so it was pretty overcast with a chance of rain. That was the first trigger for 'bridezilla'. She yelled at the planner for 'not knowing the weather' even though she was insistent on having the wedding that day. She started crying and had to have her makeup redone after crying about how her wedding was ruined because it wasn’t a bright sunshiney day. She then had a meltdown about her dress, apparently it wasn’t fitting right," the cousin wrote.

The wedding ceremony took place and everything was perfect except the bride reportedly got annoyed whenever she saw someone even remotely trying to enjoy themselves. After the best man made a speech, she took the mic and complained that the story the best man told was stupid and how sorry she is that the wedding was ruined because her planner was a fraud who was out to get her. Her maid of honour tried to console her, but she threw wine at her and then walked out.

Once the wedding was over, it was time to open the gifts. The bride complained about how many of the gifts were either tacky or weren’t on her registry.

Amid all the drama, the groom was  not mindful of the bride’s behaviour and continued to enjoy the wedding with his groomsmen.

Reddit users expressed their disappointment at the bride with one user saying, “I’m amazed that people like this are even given the opportunity to have a wedding, it sounds like she is just a miserable person and wanted to drag everyone down with her.”

Another added; “It’s too bad so many people feel like a wedding has to be some idealistic, expensive, tradition-filled event, when really you should just have fun with your favourite people to celebrate your love.”

Have you had a bridezilla experience? Tell us about it here.

We live in a world where facts and fiction get blurred
In times of uncertainty you need journalism you can trust. For 14 free days, you can have access to a world of in-depth analyses, investigative journalism, top opinions and a range of features. Journalism strengthens democracy. Invest in the future today. Thereafter you will be billed R75 per month. You can cancel anytime and if you cancel within 14 days you won't be billed.
Subscribe to News24
Related Links
Couple cancels their R268 000 wedding plans after the bride breaks down during a wedding dress...
The groom's smitten brother tells this bride that she chose the wrong brother to marry, and 7...
Bride angry maid of honour skipped wedding to attend grandmother’s funera
Next on W24
Carer asks 4 women with Down syndrome to be her bridesmaids at her wedding